Last Tuesday saw my littlest little turn 3.
It only seems like yesterday that I was pregnant with him. 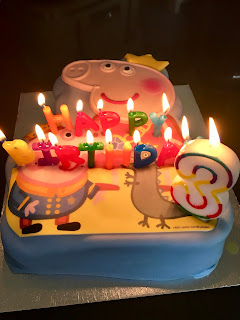 We had cake and presents on the Sunday before his birthday, as on Tuesday's he's at nursery all day.
Nana & Gramps came round and I did a little party lunch of pizza, and some party food. 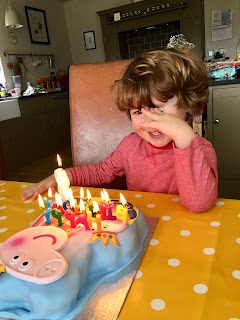 He loved blowing out his candles, but got a bit shy when we all sang to him.
He's not a massive cake fan, so he didn't actually have any of his big cake. Which meant me and the others were left to eat it all! 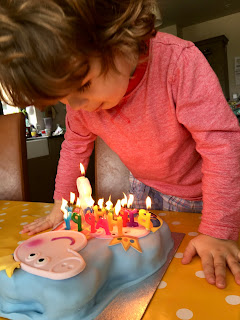 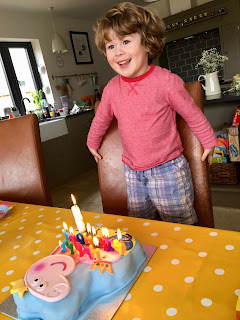 He got some lovely presents, and he's played with all of them.
He also has some money, which Im thinking of using to get him some new Little Bird By Jools Oliver tops!

Most of his presents were cars, and those of you who follow my Instagram you'll know he loves his cars.
He also got a Joules outfit from his favourite person .... Auntie Jenni, and a Gruffalo outfit from Nana & Gramps. 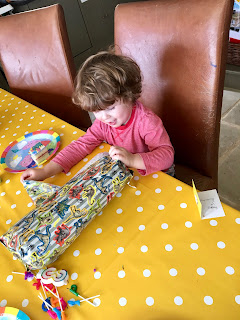 From us & my parents he got a balance bike.
He saw a little girl on one at school and pointed towards it, so I thought it would make a good birthday present.
We clubbed together as I didn't really know what else to say for them to buy him.

He loved it.
He's still getting the hang of it, and I think in no time he'll be whizzing all over the place. 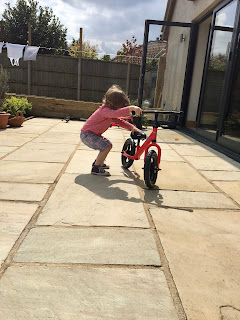 Nana bought him a helmet for the bike and that arrived on Tuesday.
We all joked that he would probably wear that more than being on the bike and so far its true.
He loves running round the house with it on. 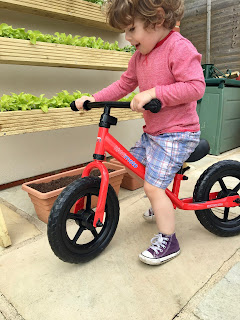 Ru loves getting new clothes, so as soon as he opened his present from Jenni, he wanted it on. 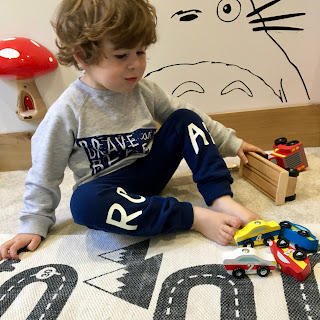 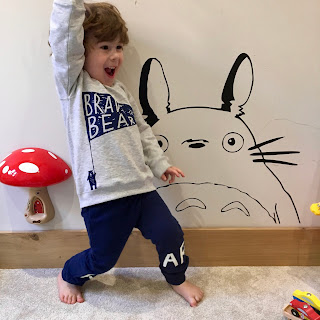 On Tuesday I bought some mini cupcakes for pudding, wishfully thinking Ru might actually like it but when giving him a cake this was his response........ 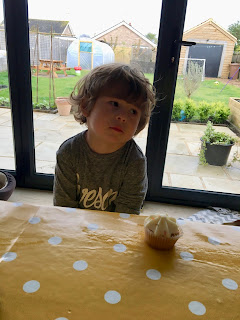