Santa Claus and The Night Before Christmas **Review**

It’s Christmas Eve and whilst most children are hanging up their stockings, there are a few boys and girls who are not! They don’t believe in Santa and with Christmas morning fast approaching cheeky elves Charlie and Kara must help Santa prove that he is indeed real! With magic tricks, songs and stories, can they make them believe before it’s time to board Santa’s sleigh and deliver the presents? 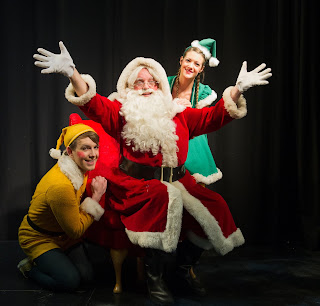 An ideal introduction to theatre, this interactive show is a must-see over the festive season. A truly unforgettable experience which includes bubbles and the magical moment when snowflakes fall over the audience – a guaranteed white Christmas at every show!

As an added Christmas treat, all of the good boys and girls in the audience will meet Santa after the show and receive a special present of their own. So don’t forget to bring your camera to capture the magical moment when your little ones meet Santa Claus for the very first time. 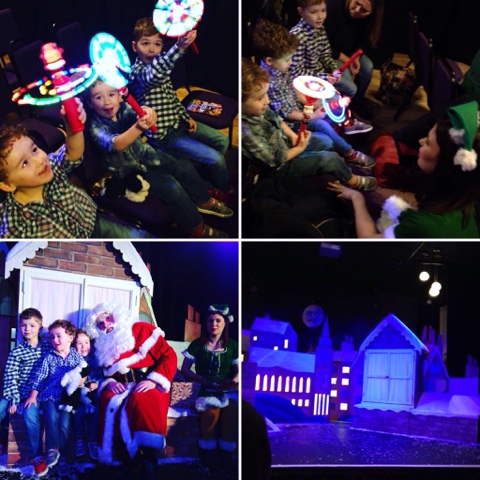 I was very kindly gifted some press tickets for the Fairfield Halls show in Croydon, I was slightly wary about what the twins would be like as this was the first time at the Theatre for the twins.

The small stage, the cast of three and the involvement of the crowd really hit the spot!

To say they all enjoyed it would be a complete understatement!

It was just fantastic!
The show was enchanting, magical and brilliant. The twins were captured by the magic as soon as we sat down!

Kara and Charlie came out into the audience before it started to say hello to the boys and girls and ask them what they were hoping for, for Christmas and if they were excited about seeing Father Christmas!

The show was full of songs, magic and laughter. The kids also got involded in the Panto by having to help throw snowballs at Santa to help get him out of a chimney!

We were snowed on and had magic bubbles appear from no where!

The boys faces throughout the show were of pure enjoyment!
After the show every child in the audience got to go up on stage and meet Santa and collect a present!

A brilliant show to introduce children to the world of Pantos!

Will I go again??
Most definitely!!
I'll take Rupert along next year and I know all the other boys will want to come along too! 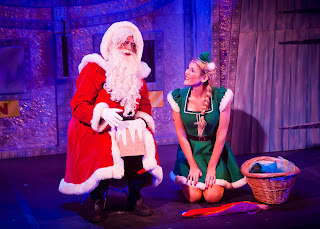 A definite must see for the whole family!

If you fancy going to see Santa Claus and the Night Before Christmas here are the listings!!!