After Oscar spending the week before half term in hospital we knew we weren't going to be getting up to anything too excited but we tried to make the most of the week. 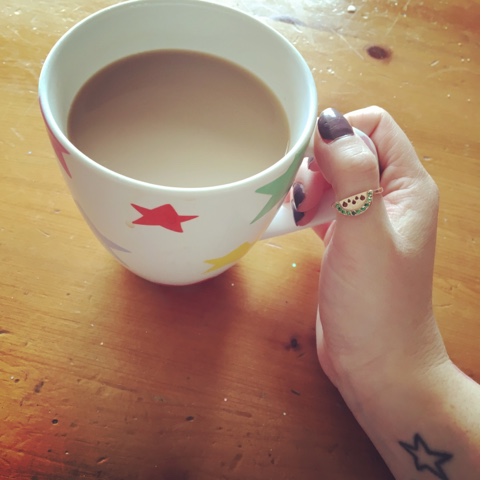 On Tuesday Rupert had his first full day at nursery so I decided to take Noah and the twins to the cinema to watch the new Lego Batman Movie.
Oscar started out ok, but within 20 minutes of the film starting he wanted to go home, I text Jon to come and rescue him and as soon as Oscar got back to the car he was sick.

Noah and Alex loved the film and have already demanded I buy it on dvd as soon as its out!
Poor Oscar spent the rest of the day asleep. 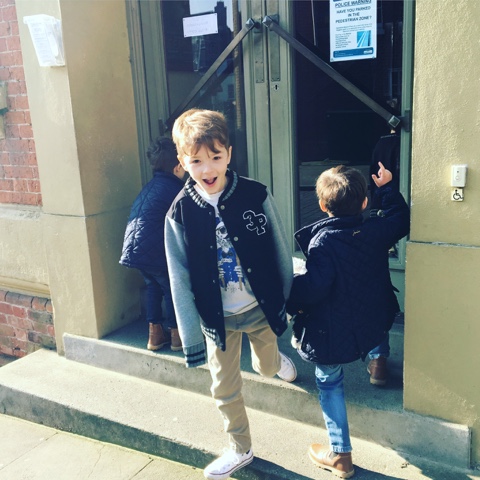 Rupert had another full day at nursery on the Wednesday, so whilst he was out we stayed in and I practised my face painting skills.
We had Sam round so the boys were pretty busy entertaining themselves after I had finished painting their faces.

Oscar again spent most of the afternoon laying on the sofa. 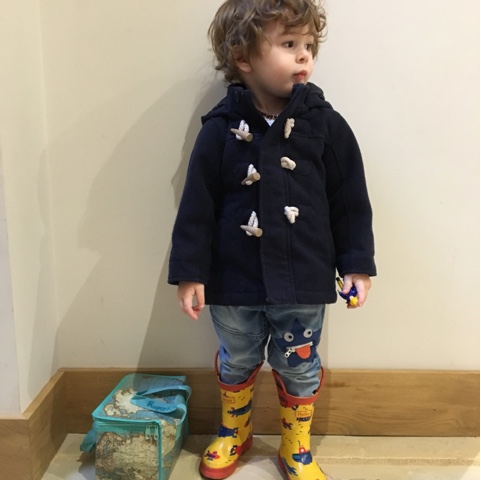 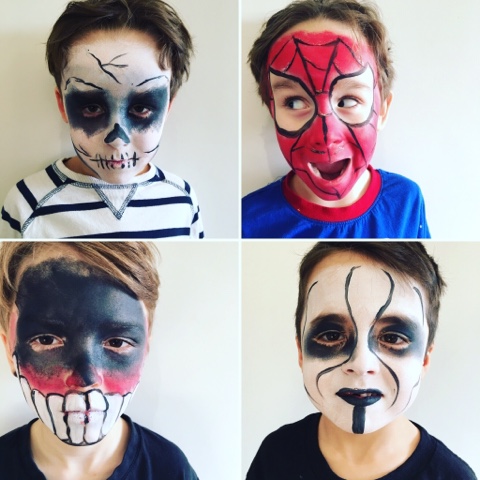 We also cracked out Noah's Land of Dinosaurs kit which he was sent from Clementoni Toys.
The boys all loved watching the volcano explode and planting up the seeds.
We are now on daily seed watch and noting down any changes that we see.
I will be doing a whole post on the kit so keep an eye out. 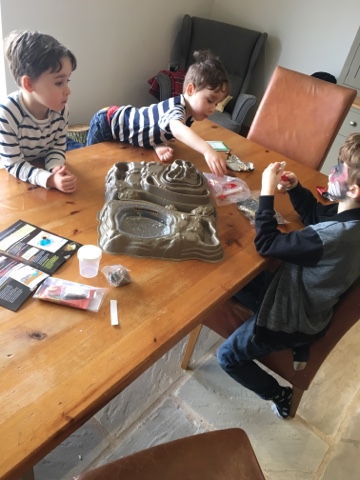 Rupert is still being a massive pain in the bum by not sleeping.
He's been getting up at 3am every day since I've been back from hospital and to say I'm running on empty is a little bit of an understatement.

We have met our new Health Visitor and told her all about his issues and she is going to come back in a few weeks with another lady and see if they can both help us tackle it.

My mum sent me this diffuser from ThisWorks.....so far it hasn't had much of an effect other than making his room smell gorgeous.
I will stick with it as it might click in his head that, that scent is associated with bedtime.

I'm also thinking about getting him a single bed, as he won't come and get into our bed, not without a fight anyway and I always end up sleeping on his floor....which is resulting in my hip starting to hurt and me not getting any sleep.
If he had a bed that I could fit in as well as him it might help my lack of sleep and he'll be happy because I'm there with him. 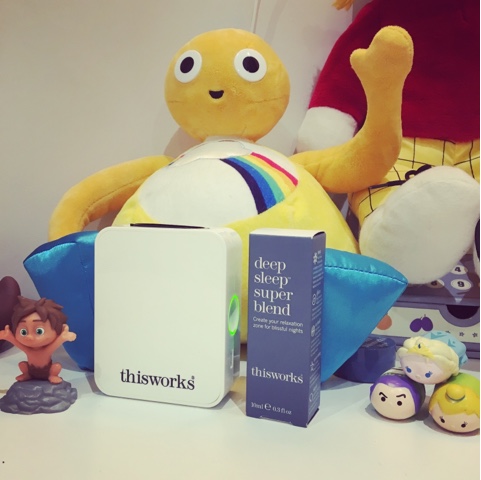 By Friday we did some more face painting and a little baking.
The weather was pretty good over the half term so the boys were all able to play in the garden when they wanted.

Oscar has gone back to school today but he's still not 100% back to normal.
I went in early today to talk to the head teacher and his teachers and they are all happy to see him back and have said if he needs a rest he can have a lay down or they'll call me to come and collect him. 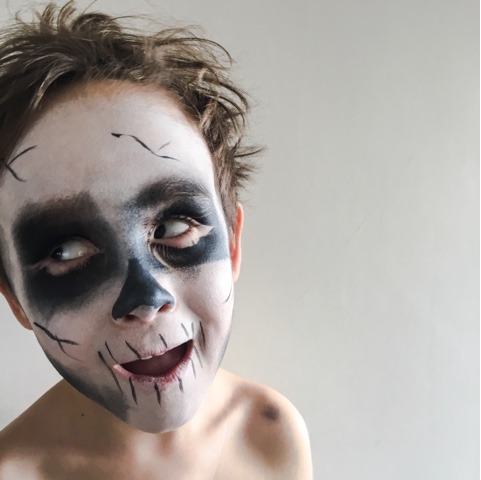 Im back with some fab Clementoni toys that are guaranteed to get your kids away from their beloved tablets and get playing! 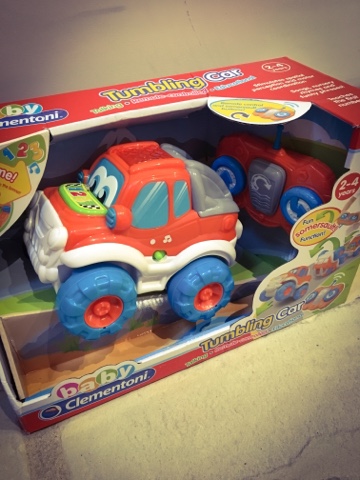 First up is the Tumbling Car
aimed at 2-4 yr olds,
Simple controls,
Car can do somersaults,
It is ideal for learning numbers, space perception and for stimulating recognition of the relationship between cause and effect.
You can buy it from amazon for £18.15.

Rupert absolutely loved the tumbling car, I haven't seen him so taken with a toy in a long while!
He found the controls easy to use and loved watching the car take tumbles.
It was great watching him figure things out, such as when he drove the car into a wall, he had to press the other button to make the car move away.

A really great toy and I know it will be played with endlessly in the mini beast household! 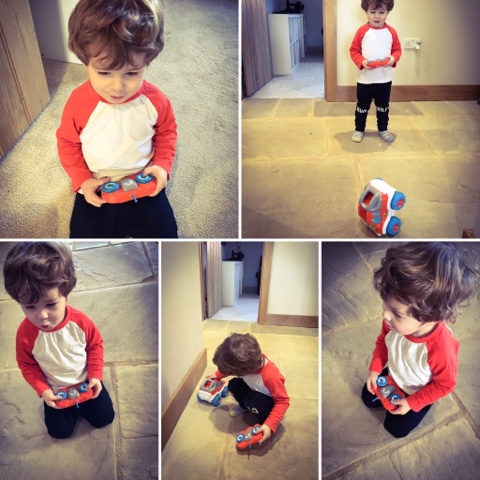 Next up is an Interactive Quiz Puzzle....
I didn't even know you could get interactive puzzles, so imagine my excitement when I opened up the box. 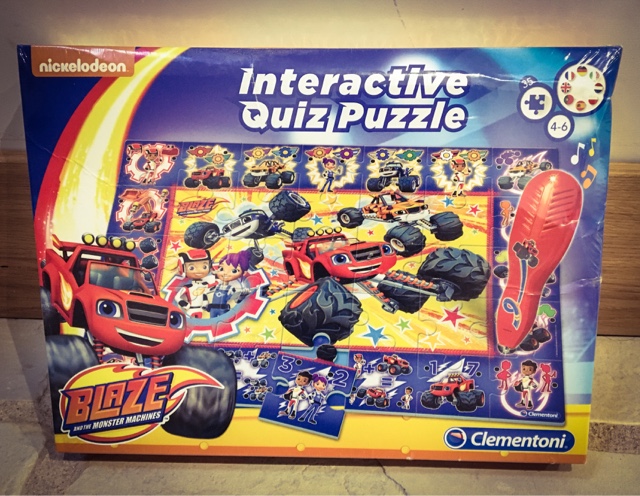 I had to explain it to the twins, they were nearly as impressed as I was.
Oscar though did love the magic pen you use to answer the questions.
The boys all love Blaze and the Monster Machines, so were keen to get the puzzle out.

The boys took no time building it, we all worked together and even Rupert placed a few pieces in the correct spots.

Puzzles are a great way of having fun with out a screen being involved.
Doing a puzzle in a team or on your own is just as enjoyable.
The twins love sitting at the table and cracking on with a puzzle and you can see how proud they are of themselves once they've finished one.

Having an added bonus of the puzzle being interactive was great, they spent ages trying to figure out the right answers to the questions and then they quizzed each other.
Most nights before dinner they know would rather get the puzzle out than sit and watch the telly. 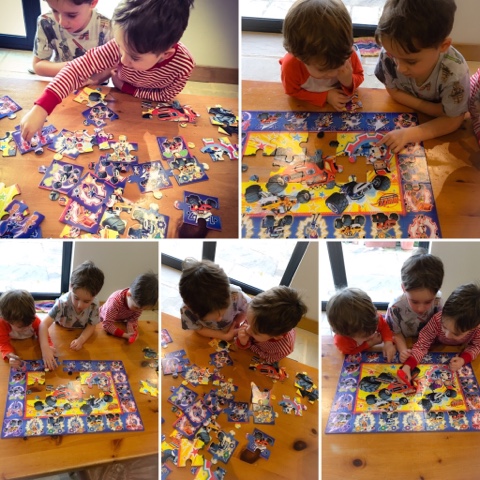 **I was sent the products as part of my brand ambassadorship for Clementoni toys,
All thoughts are my own!
No comments:
Email ThisBlogThis!Share to TwitterShare to FacebookShare to Pinterest
Labels: #blogger, #BrandAmbassador, #Clementoni, #clementonitoys, #easyremotecontrol, #interactivefun, #learningisfun, #mbloggers, #puzzles, #toycars, #toyreviews, #twins, #ukparentbloggers
Older Posts Home
Subscribe to: Posts (Atom)