Our Easter Weekend In Photo's

With having spent the first two weeks of the boys Easter holidays stuck indoors thanks to the chicken pox, it was lovely to get out for the Easter Weekend.

We went to Jon's parents for a nice lunch and an egg hunt.
Jon's sister and her family came too, so it was nice to spend the day with all the family. 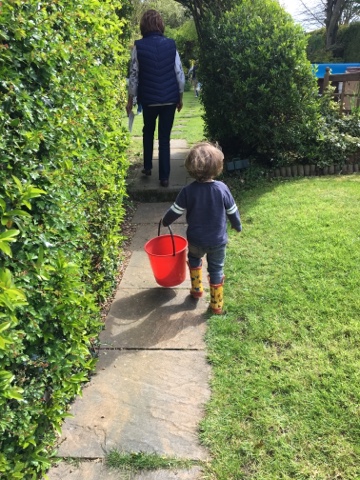 Jon's mum had been super busy organising two egg hunts.
One for the twins and Ru and one for Sam and Noah. 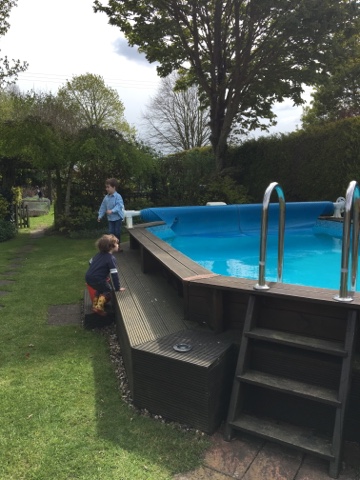 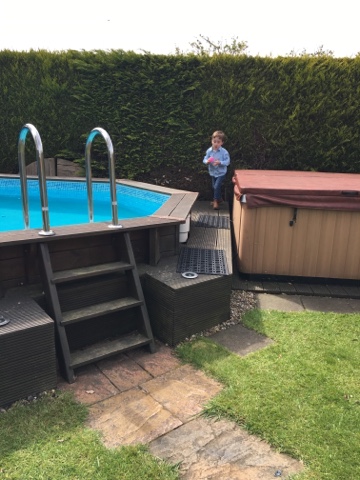 The younger boys had to run around the middle part of the garden hunting out 8 plastic eggs, then once they had them all they had to piece together the puzzle which was inside the eggs which would then point them in the right direction of their eggs! 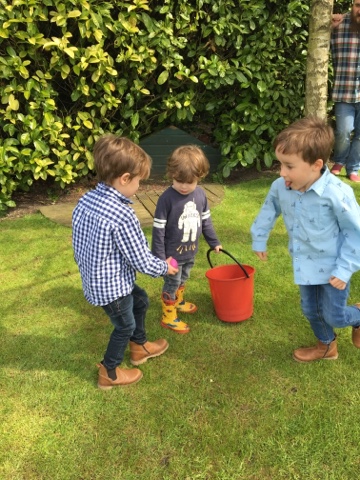 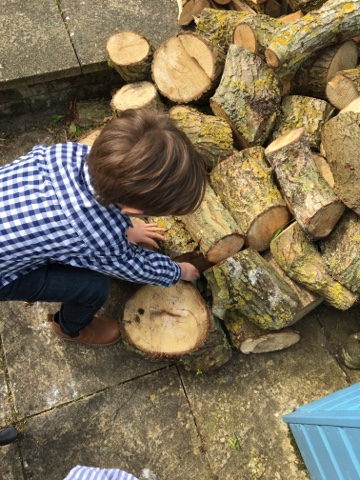 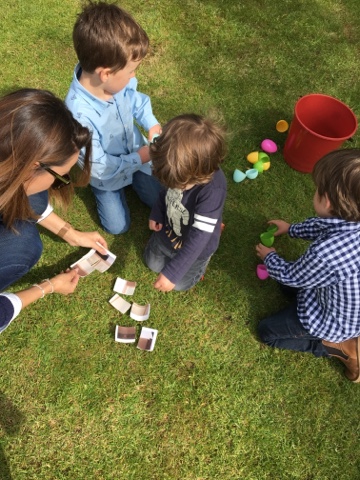 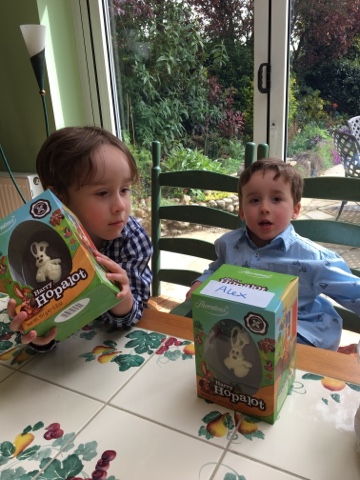 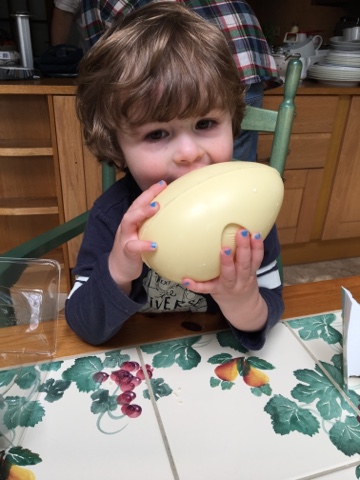 Then the older two had a quiz sheet which lead them to different points all over the garden.
They then ended up with a bunch of random letters, which they had to put into a word.
Luckily for them Jon gave the answer away and they didn't have to work their brains too hard! 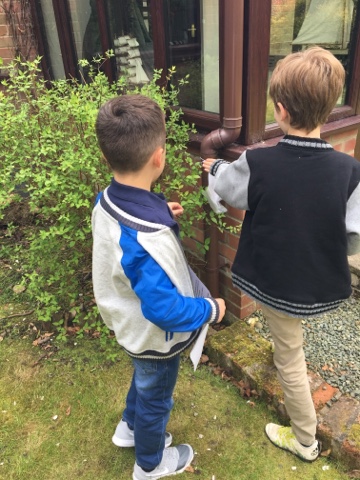 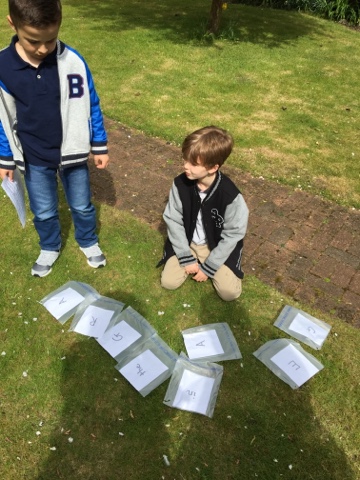 After the eggs were demolished the boys all went in the pool and hot tub!
Hard life or what?!?! 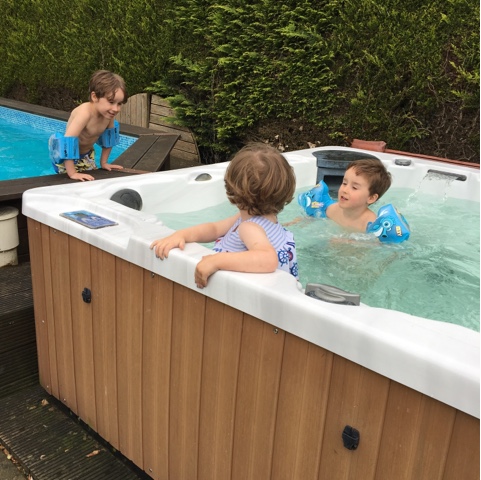 The boys are little water babies and really enjoy splashing around. 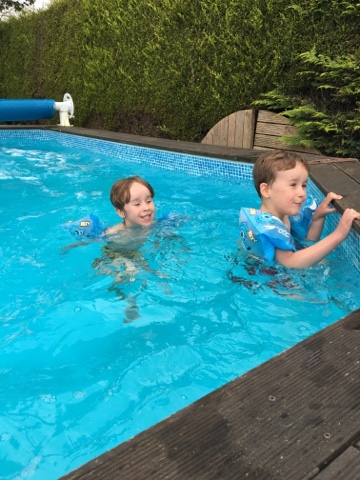 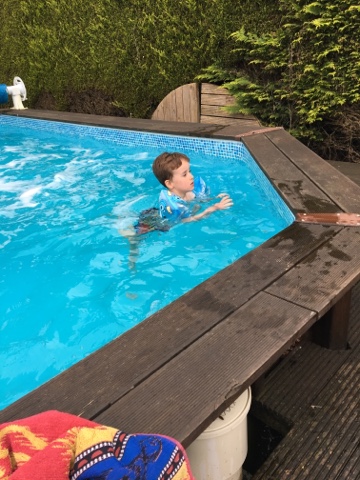 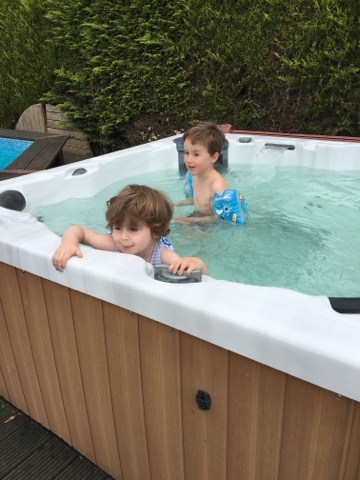 Even Ru loved hopping around in the hot tub! 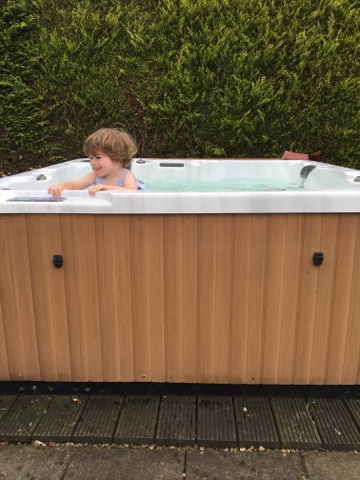 After all the hot tub fun we then had an amazing dinner and a few glasses of wine.

Our Monday was spent heading into Kings Lynn to get my eyes tested.
Which resulted in me having to order new glasses.

What did you guys get up to over the Easter Weekend.