The boys chicken pox are finally starting to scab over and they're starting to feel back to normal.
*Yippee*
So after nearly two whole weeks of being stuck indoors, I decided to set up a fun Easter egg hunt game in the garden with the help of Stacking Stanley. 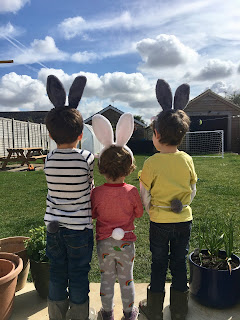 Whilst the boys were in the front room jumping about with excitement I got busy hiding different coloured eggs about the garden along with some other JCB friends.
I had planned to fill the plastic eggs with mini eggs, but unfortunately I may have eaten all of them before the hunt started! 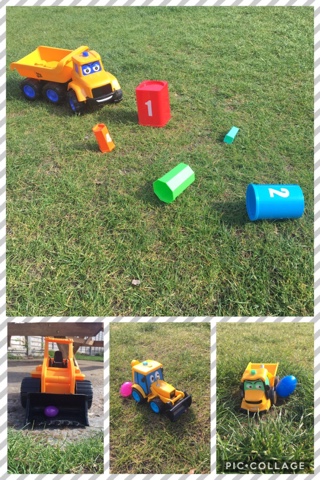 The aim of the game:

Find your colour egg and race them back to Stanley one at a time,
once all your eggs are in Stanley tray you have to build up the tower, once you have done that you can pick a chocolate egg! 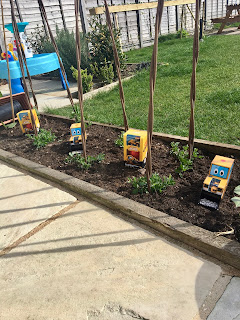 Here's a little video of the boys on their hunt.

Ru had a few tantrums, mainly about the fact his bunny ears wouldn't stay on and he wasn't really a big fan of someone other than him was building the tower!

Other than Ru's mini temper tantrums, the boys all had great fun.
I thought I had hidden the eggs in pretty easy to see spots, but apparently not as they all had difficulties in finding them and Oscar didn't find his last one. 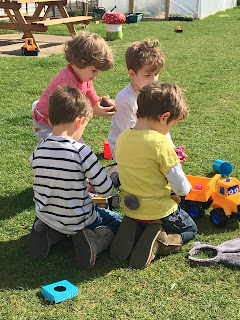 Once the hunt was finished they all sat down to enjoy their special JCB Easter eggs before having a play with their new JCB toy - Stacking Stanley. 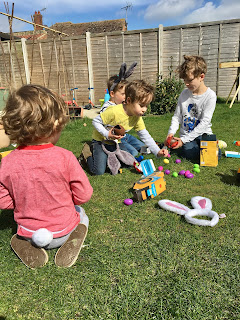 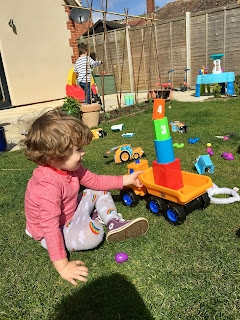 The eggs instantly disappeared and then surprisingly they all took it in turns in building the tower on Stanley.
Ru and Oscar both really enjoyed playing with him and they both stayed in the garden long after everyone else had gone in. 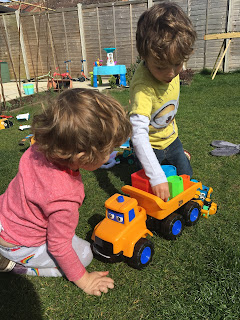 When Oscar finally came home last Saturday he was greeted with an exciting package from JCB kids.
We get sent things every month as part of our brand ambassadorship with them and we never know what we'll get.
This months package was just perfect for Oscars homecoming.
New Pjs and a book to read whilst he chilled out at home recuperating after his week in hospital. 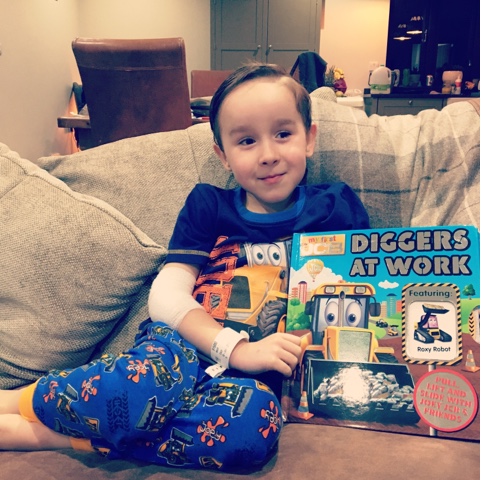 Oscar loved the Pjs, he got straight in them after his bath and said he felt "much much better".
They are nice and soft, just perfect.
At only £9 from George Asda they're a right steal.

Oscar didn't want to take them off!
After another trip back to hospital where he was kept in again I told him I really had to wash them.
I had to wash them there and then, so that they were ready for bedtime. 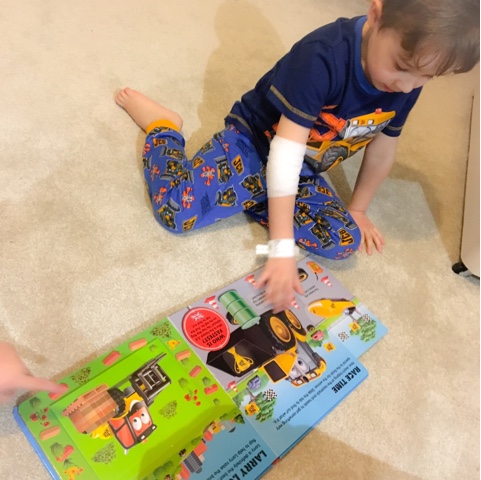 Diggers at work a pull and lift book was a hit at bedtime.
Alex and Oscar both took it in turns to lift the flaps and spin the wheels.
They really enjoy activity books, it makes them much more interested in what I'm reading to them and they are more likely to take it in and remember. 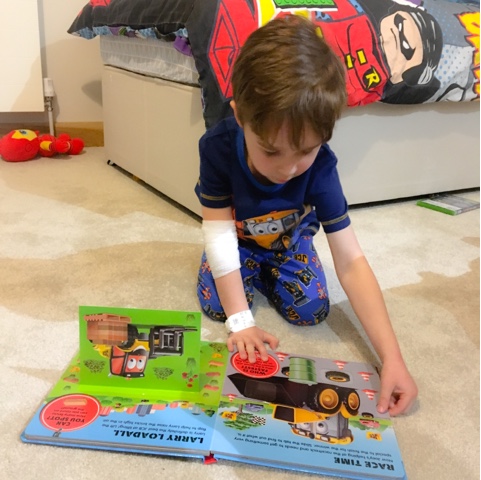 Coming home to a surprise really made Oscar perk right up, so thank you JCB kids and Butterfly Consultancy for the perfectly timed parcel!

The Wheels On The Digger Go Round and Round

Rupert loves pretty much anything with wheels!
Even round about at the park, he would much rather lay on the floor and watch them than actually sit on the roundabout!

Jon apparently was the same when he was young.

Ru always has a car in his hand, or a couple shoved in his pockets when we venture out and about.

He recently has been enjoying playing with some new JCB wheel loaders. 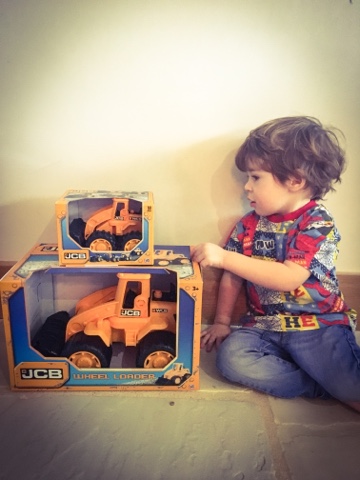 JCB explore offer a great range of diggers of all sizes and models.
Perfect for little ones to let their imaginations run wild.
Ru likes to re an act cars and pretends his wheel loaders are the tractors in the film which Mator an Lightning scare.

For a child who isn't big on role play, its wonderful seeing him act out one of his favourite films. 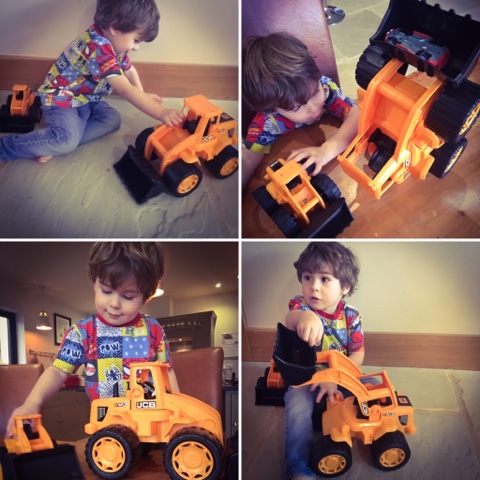 He's getting quite a collection now and his digger line up is nearly as impressive as his cars line ups. 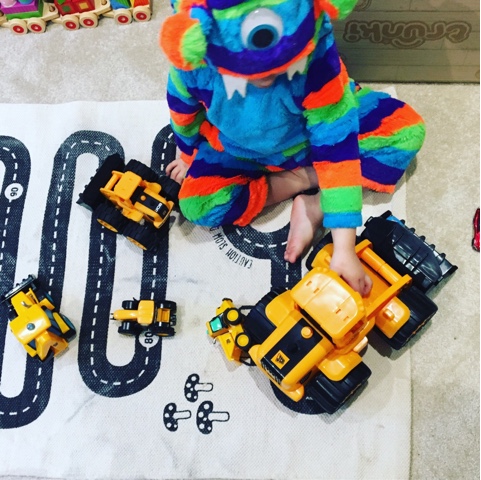 Do you have a digger crazy child?

**We are brand ambassadors for JCB kids, Toys were sent for the purpose of this post.