Make Your Own Doctor Who Christmas Cards

Last week Oscar was off from school as he had caught the end of my flu.
Luckily he's had the flu nasal spray and didn't suffer as much as I did.

I wanted to keep him busy, so I thought it would be the perfect time to make some very cool Doctor Who Christmas Cards. 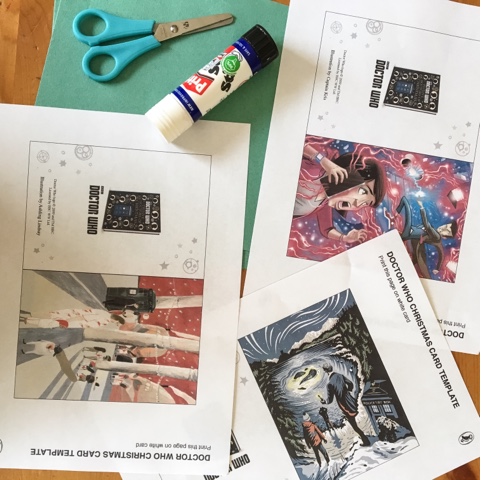 It's uber easy and next to no mess at all.

We downloaded the copies of the cards from www.penguin.co.uk, where there are 4 designs to choose from.

We are massive Doctor Who fans in the Mini Beast household thanks to Daddy's obsession. 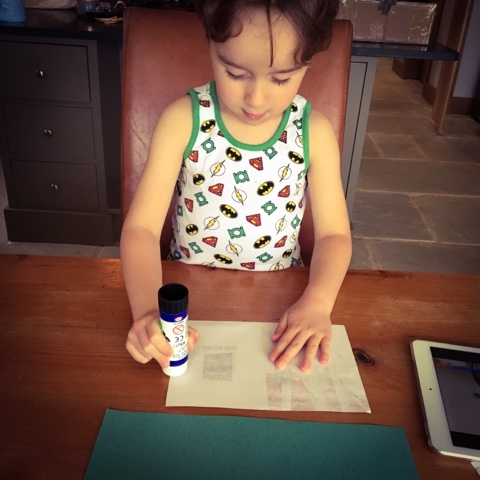 I cut out the templates and Oscar took charge of the sticking.
We didn't have any card in the house so I improvised by using some coloured paper and folded it a few times.
It worked pretty well and we were both very impressed with the end result.

Jon loved them so much that he's put them on display and said if we want to send any out we'll have to make some more! 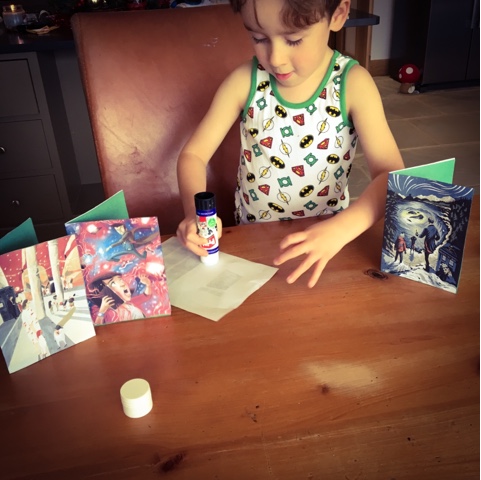 If you want to make your own Doctor Who cards you will need.
The templates which you can download from the Penguin website
Some Card
A pair of scissors,
A glue stick
A spare 20 minutes. 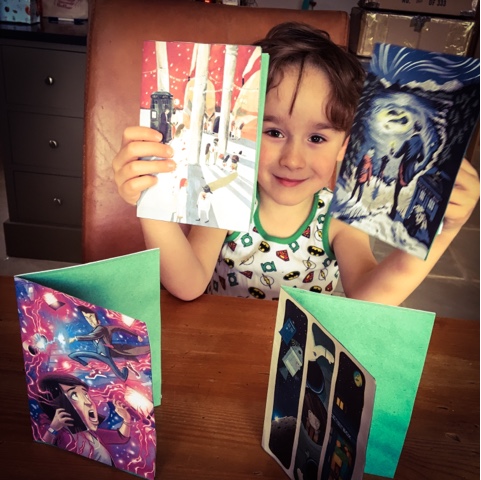 A new collection of illustrated Christmas adventures, starring twelve incarnations of the Doctor plus many of his friends and enemies.

Inside this festive book of Doctor Who stories, you'll find timey-wimey mysteries, travels in the TARDIS, monster-chasing excitement and plenty of Christmas magic. Find out what happens when the Third Doctor meets Jackie Tyler, the Seventh Doctor and Ace encounter an alien at Macy's department store, and the Ninth Doctor tries to get Rose a red bicycle for Christmas.
With stories by Jacqueline Rayner, Colin Brake, Richard Dungworth, Mike Tucker, Gary Russell and Scott Handcock, plus twelve original illustrations by artists including the award-winning Rob Biddulph. 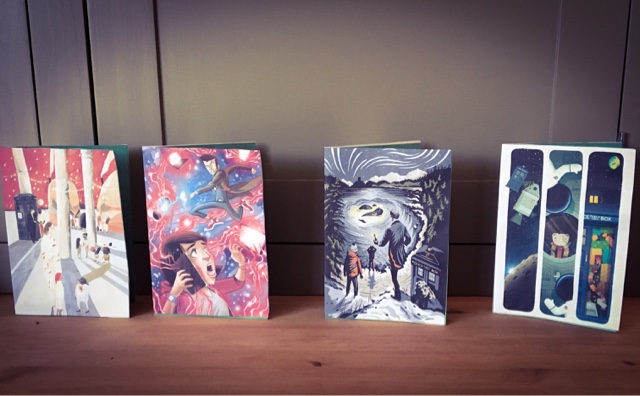