On Sunday we decided to pop into Hunstanton for a family Costa Coffee trip, something that doesn't happen often as usually its only me and Jon who going into Costa but seeing as we had nothing planned it sounded like a good way to spend the morning. 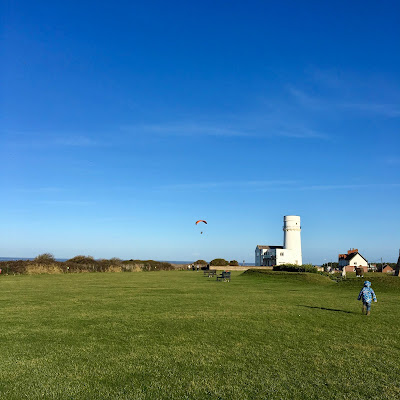 The boys were brilliant and they all enjoyed a chocolate baby chino and were very nicely given a flake and a marshmallow!
Which I think made their day.
Jon and I enjoyed our normal coffees and it was nice to be out spending some time with the boys away from the house. 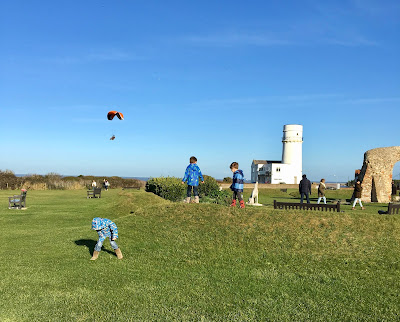 As it was such a beautiful day we decided we would go and see the lighthouse.
We've only ever driven past it before so it was nice to get out and stretch out legs and let the boys run riot which I got some snaps! 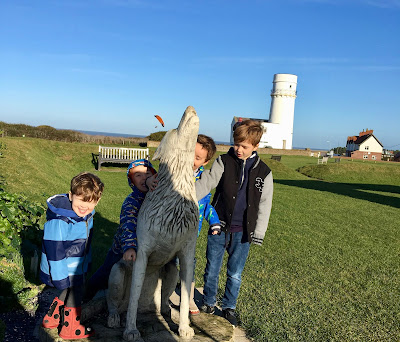 The boys all played chase and whilst running after Ru we met a lovely couple with some gorgeous dogs that we all made friends with. 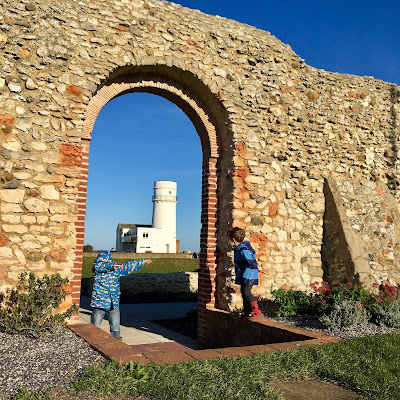 After a while the boys all started to complain their hands were cold so we headed back to the van and drove home to warm up and watch Cars 3. 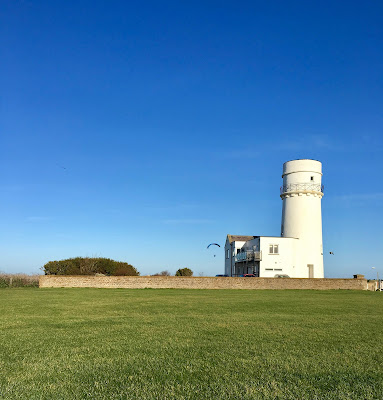 It was actually one of the best Sunday's we've had in a long while and it didn't cost more than £10.
The boys all had fun, and it was nice to just get out and about rather than spending another Sunday moaning about being bored and not having anything fun to do.

Both Jon and I decided we needed to make a thing of Sundays and just getting out in the morning to somewhere local like our beach or to Hunstanton is something we really need to start doing as we all benefit from it and then Sunday afternoons are really easy going!