A trip to the Dentist with Monkey Wellbeing •Review•

A trip to the dentist can be very stressful, especially for children who have never been.

I have been pretty pants and have never taken the twins to the dentist ..... Until yesterday! 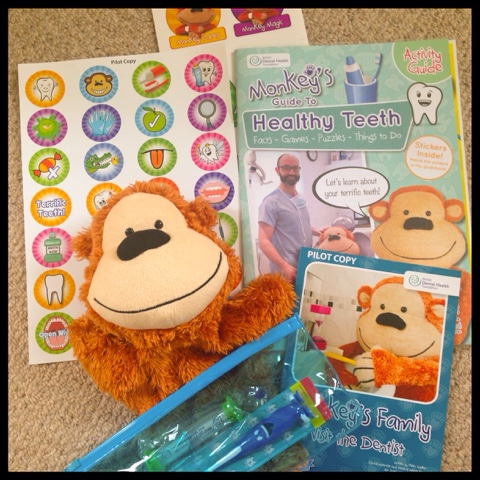 I had been preparing the boys with Monkey, and explaining what the dentist would do and what the room would look like.

The Monkey Wellbeing  kit comes with reward stickers, a good cleaning chart, a magazine which you can read with your children to help them understand what is going to happen!

It also comes with a funky toothbrush, a timer and my childhood nightmare discolouring tablets - which show you where you haven't been cleaning!
My mother used to make me and my brother do this monthly and we hated it! As it did its trick and showed us we had been lazy and our teeth were dirty!

I made Noah use the tablets as sometimes he just "forgets" to brush his teeth even after I've told him too.
He was pretty amazed at the colour his teeth went and then spent about 5 minutes returning them to being white! 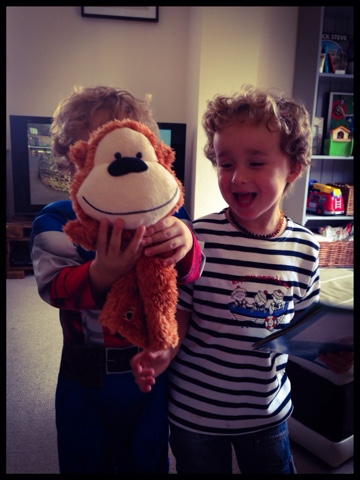 It was all fun and games until we were called in!
The twins freaked out!
Oscar wouldn't even go in the room and Alex went in but screamed until he was let back out.
Rupert and Noah were great and had a check up with no fuss!

I didn't think the dentist wasn't very child aware, she just expected them to sit there and do as she wanted.
Even when it came to Rupert I was the one having to open his mouth up.

With more help from with Monkey and more trips to the dentist I think the twins will eventually be fine with dentist trips! 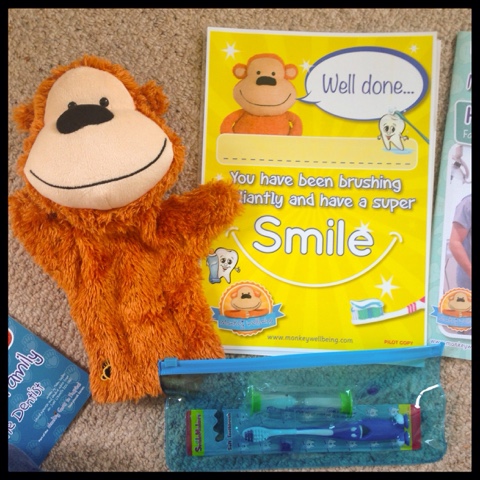 Monkey can also help prepare your little one for starting school!! 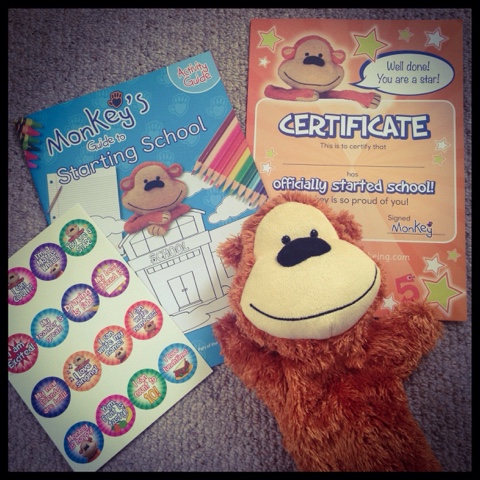