Reaping The Benefits Of Outdoor Play.

When it comes to outdoor play I pretty much enforce it (in a nice way) on the boys.
They all have so much energy, that there really isn't a better way than getting rid of it by being in the great outdoors.
Wether that be out in the garden, on a woodland walk, down by the beach or at the local park! 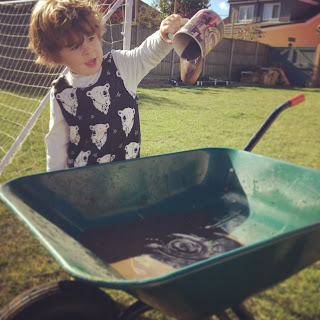 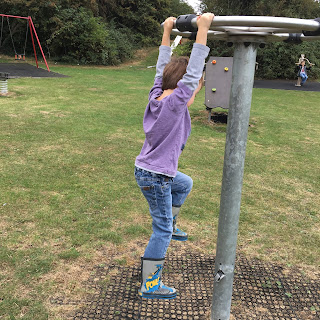 My most wild child is Ru, and every time he goes out the benefits of outdoor play are so clear to see.
He's happier, he's speaks more, he's confident and he takes a keen interest in what the other boys are doing around him.

Compared to when he's stuck indoors all day.
Where meltdowns are more likely to happen and less play is done.

Even his nursery teachers tell me the difference in him once he's been outside is amazing.
He is lucky enough to go to a little nursery right in the middle of the woods, just down from Sandringham.
When they aren't out in the woods, they are encouraged to go into the garden and play on the outdoor play equipment. 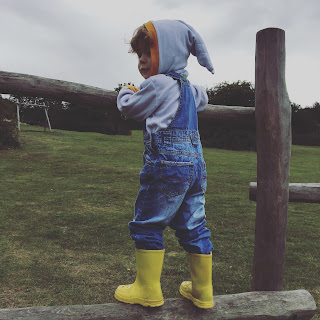 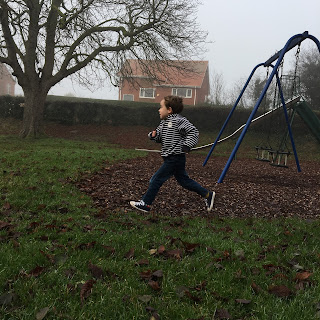 The twins have always been outdoor boys and love nothing more than playing at in the park.
Running around and throwing themselves down the slide.

After their first day at their new school, they came running out with huge grins on their faces to tell me all about the cool playground equipment they had.

The equipment is was built like a castle and has all these different walls to climb over and under.
The fun they can have whilst playing on it is endless!

At their previous school there was nothing like that, so for them to be so pleased over something that should be common in most schools, made me think why do some schools not promote being active?

independent research commissioned by ESP and carried out by Liverpool John Moores University, we discovered that the average amount of physical activity taking place during PE lessons was remarkably low. The report demonstrated that “68% of a child’s PE lesson is spent stationary”.

That to me is unacceptable and makes me think no wonder 1 in 3 children are overweight!

The schools should play a part in keeping children active as well as the parents! 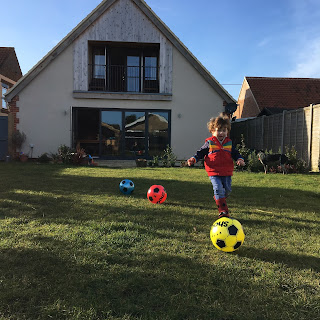 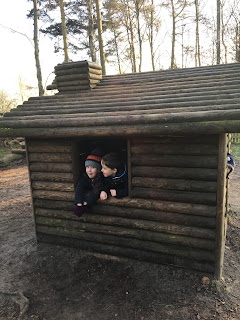 When the boys aren't in the garden wrestling each other or playing football, I love taking them up to the woods for a bear hunt and tree climbing.
They usually return home covered in mud but they are always smiling!

Not only does it do them the world of good, it helps me clear my head specially if they've been bickering most of the morning. 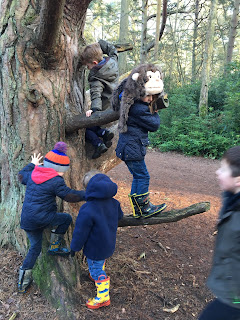 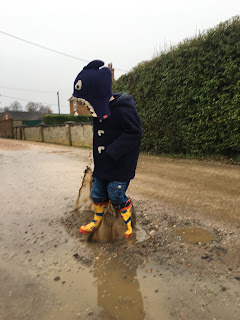 Outdoor play is also great for encouraging children’s creativity.
Away from the constraints and confinement of indoor play, being outside children’s imaginations are often stimulated by the objects around them and they quickly tap into their creativity.

I certainly see a lot more creative play when the boys are outside.
There are less boundaries and that gives them the freedom they need to really challenge their imaginations! 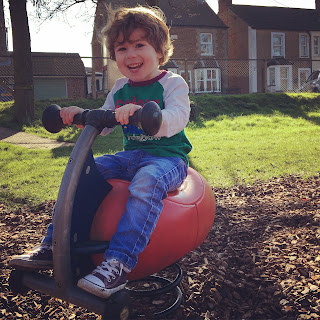 **In collaboration with ESP Play.