Rupert is Super Hero mad and practically lives in Alex's old skin tight and rather holey Spiderman costume.
So when we were sent this super cool Batman toy I knew it would be love at first sight! 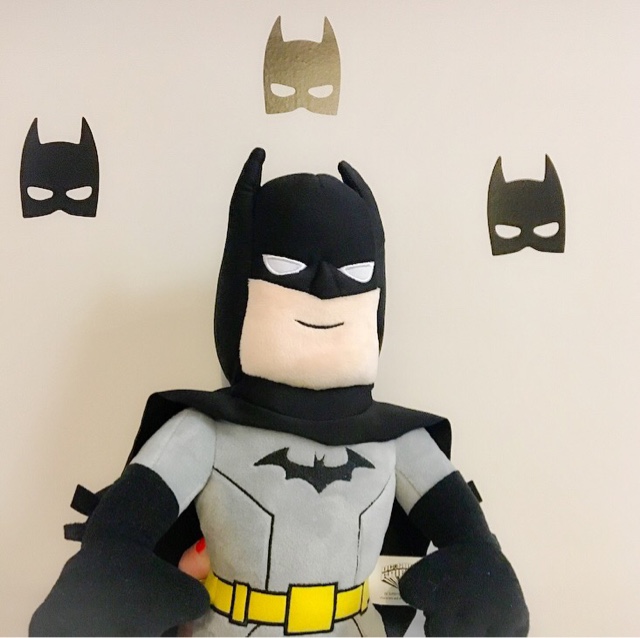 Key Features:
With fully poseable arms, his fist makes cool punching noises on impact!
Press his chest to hear signature Batman phrases and watch as his eyes light up as he speaks. Complete with cape, mask and utility belt for added detail, with this Super Friend on your side, you’re bound to win the colossal battle between good and evil! 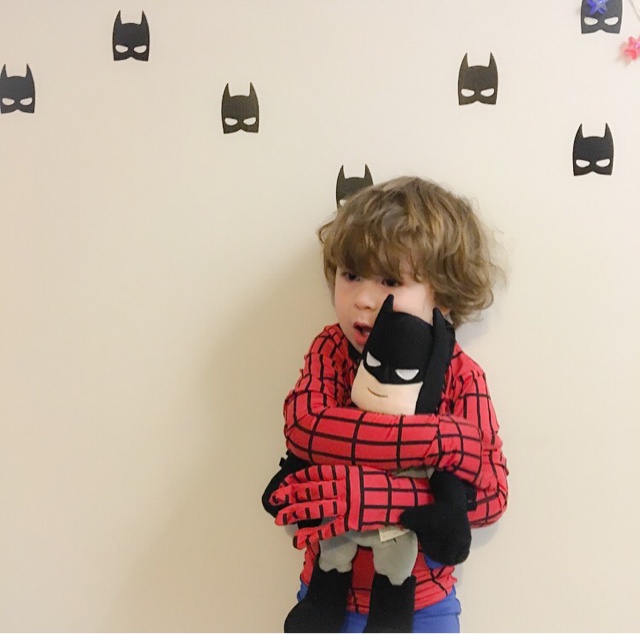 As soon as Ru saw Batman it was love.
Hugs and kisses all round.
Once he figured out Batman could talk and make fighting noises he was off running round the house having a secret superhero mission with Batman. 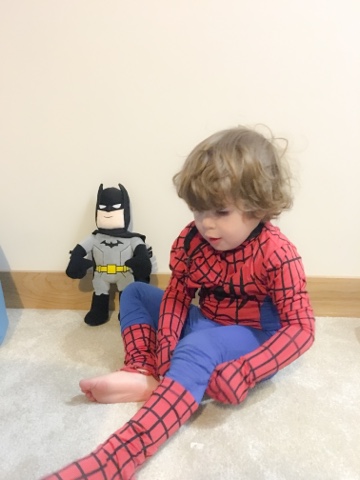 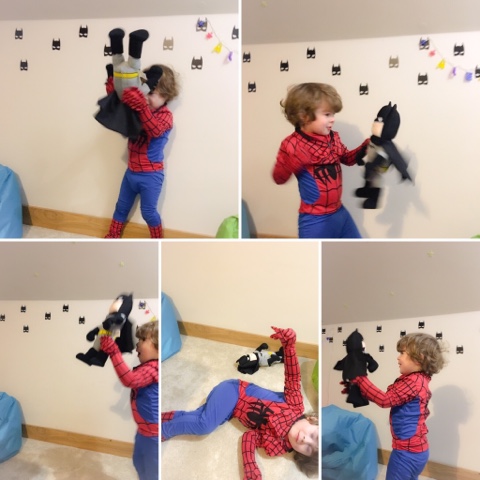 After all the Super Hero fighting the only thing to do is to have a nice cuddle and power nap! 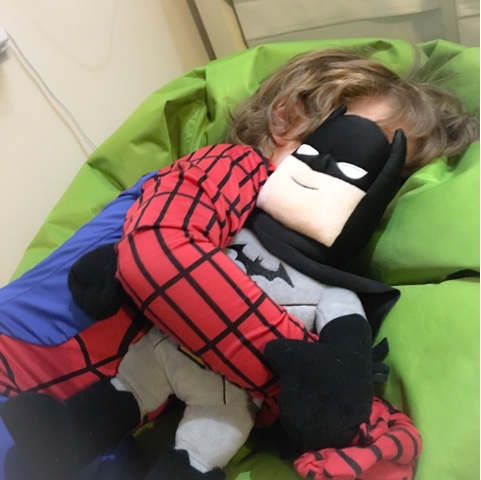 The interactive Batman is super soft and makes an excellent soft toy, the fact that you can play with him and he makes noises and have a few different batman phrases it makes playtime all the more fun!
A must for any Super Hero fan!

You can buy Batman from Golden Bear Toys for £24.99

DC Super Friends are a group of the world’s greatest Super Heroes who work together to stop Super-Villains, protect the innocent and keep the world safe!
Golden Bear and Warner Bros. Consumer Products, on behalf of DC Entertainment’s new range is designed to appeal to younger DC fans, enabling kids to create their own Super Hero adventures at home with Batman, Superman, Wonder Woman, The Joker and Harley Quinn to name a few!

In the DC Super Friends range you can also find -