The start of the summer holidays hit us like a bus and we've all struggled to adjust to a new routine, so last Friday we got up had breakfast then headed out the door.
No time for tantrums or any sort of moaning, we walked from our house down to the beach.

As it was early the beach was pretty empty and the tourists were all still in their holiday homes.
So it seemed we had the whole stretch to ourselves.

The boys had a paddle in the sea and enjoyed jumping over the waves, once they decided they were too wet and started getting a bit grumpy I decided to treat them all to morning ice creams.

A bit of a sugar pick me up and a run along the sea they were happy to take on my challenge of finding the smallest shells they could possibly see!
That kept them busy well over 2 hours.

Here are a couple of photos from our morning. 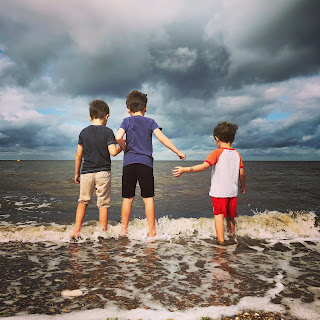 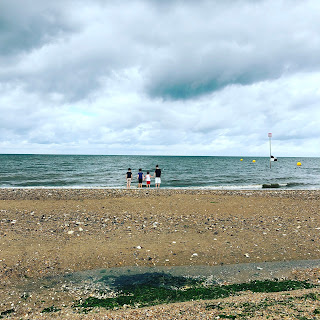 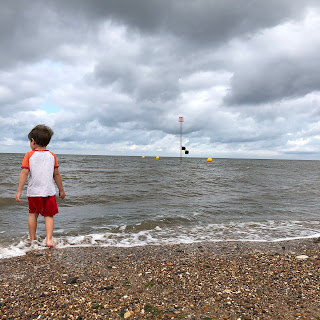 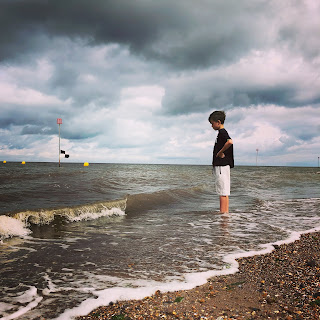 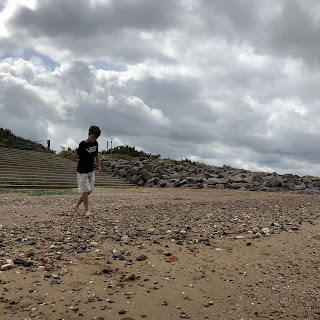 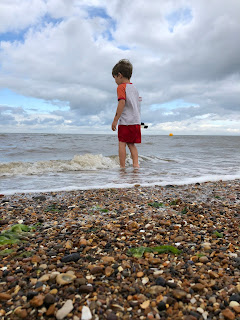 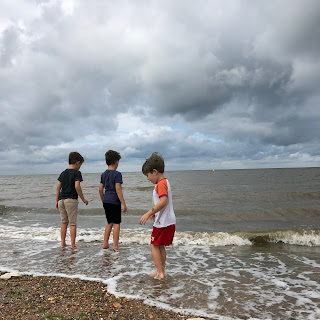 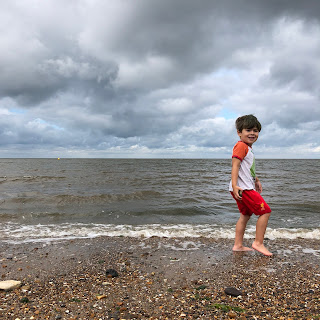 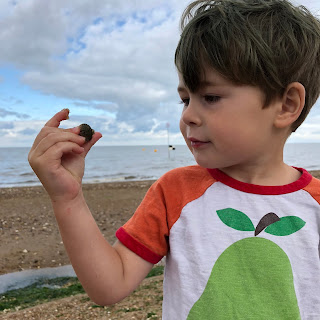 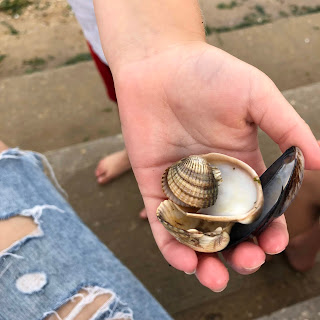 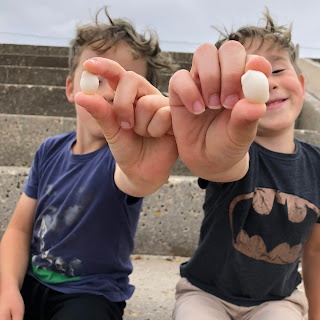 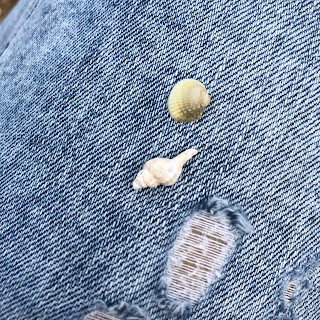 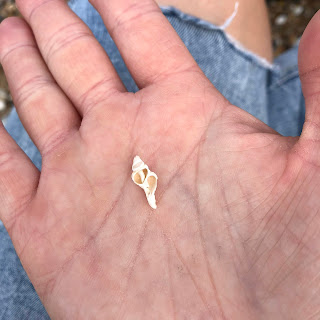 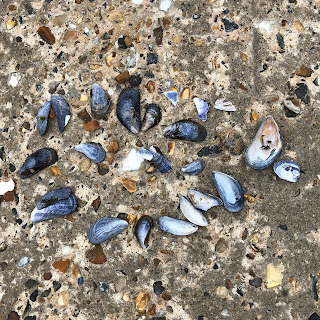 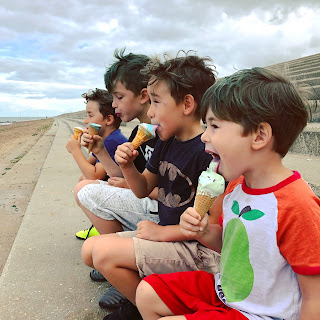 If you follow me on Instagram you would have seen that we headed off to Thetford Forest at the end of last week to go on a Gruffalo hunt using the new Gruffalo Spotters App for us only to get their and realise you don't get a lot of wifi in the middle of a forest and that I was unable to download the app.
So we let the boys play on the awesome play equipment they have their and decided we would come back before the end of the holiday and make sure we downloaded the app before hand!

So on Monday I headed back to Thetford Forest with Jon's mum Helen, the twins and Ru.

A Gruffalo Spotters kit will be available to buy on site and includes animal facts and tips for tracking wildlife, an evidence collection bag, a magnifying glass and a pencil to make a note of your forest finds!


The boys were very excited about trying to spot a Gruffalo and were constantly running ahead every time they spotted another clue. 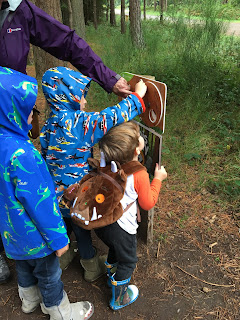 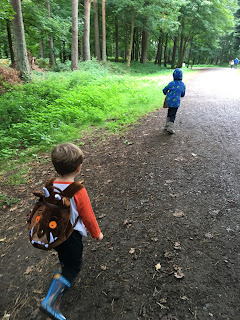 First to be found was Mouse.
The boys didn't quite understand where to stand at first so I had to show them on my phone what was going on for them to understand that what I was seeing was totally different to what they were seeing.
I do think for little kids like the boys that it takes a while for the character to appear on the screen specially with them standing their waiting for me to take a picture.
Thinking about it now I probably should have got them to watch before running over to have their photo taken.

The trail at High Lodge Thetford Forest was beautiful and I loved finding all the hidden play areas.
They boys have already said they want to go back and take their bikes. 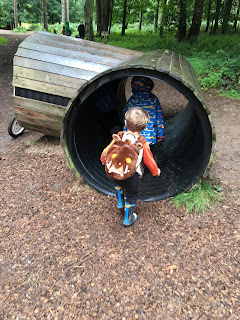 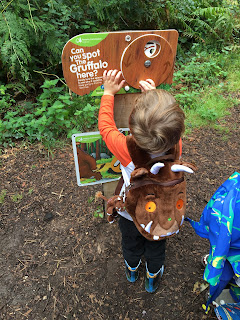 Ru who isn't one for walking much did most of the trail without wanting to be picked up and even though the twins ran off without him didn't really moan, as long as he got to look at all the clues himself he was a happy Chappy. 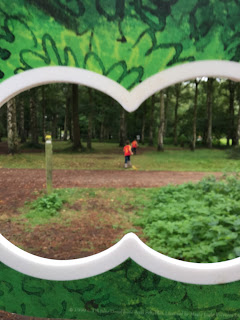 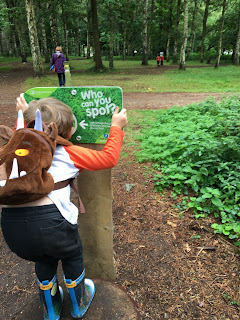 I didn't click the button that suggested allow access to phone as it popped up in the middle of a photo and I clicked it off straight away without thinking, so non of my Gruffalo Spotter photo's downloaded to my phone, but luckily I noticed my stupid mistake early on and managed to screen shot a few of them.
I was hoping to be able to find a way to get them on the phone in the end but I still haven't figured it out.

I love all the photo's that we took with the characters and all the funny faces that the boys pulled when I shouted cheese.
I can see us headed back in a few weeks to do it again before it finishes. 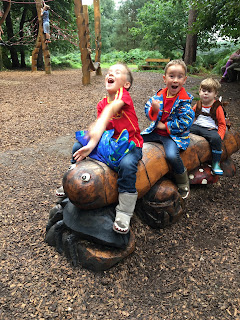 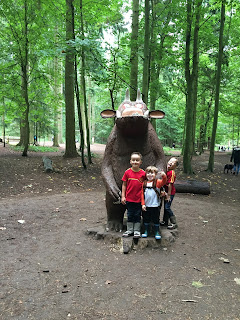 The app really helped bring the trail to life and the smiles that resulted in seeing their picture next to one of their favourite book characters was priceless.

There are 26 Forestry Commission Trails around the UK.
Why not head over to www.forestry.gov.uk to find your nearest one.

You can download the app for free and you have until the end of September to use it. 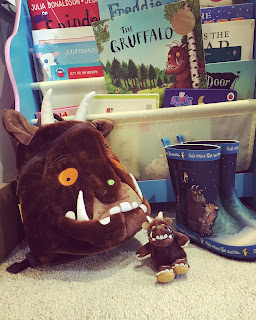 I would like to say a big Thank You to LittleLife for the gorgeous Gruffalo back pack, TU for the Gruffalo Wellies and John Lewis for the Aurora World Gruffalo Keyring.
All of which were supplied for us to make our adventure even more special!

The summer holidays are here, and it can be difficult to find things to do for the entire six weeks that all the family will enjoy.
Even if you break it up with a holiday somewhere, you’ll still be faced with endless cries of ‘I’m bored!’ and the need to get out of the house.
Rather than focusing on just child-friendly activities, why not try activities that are suitable for the whole family so that parents can have some fun too. Here are some great suggestions for fun summer activities for families.

The new ways to watch films

Inevitably, you’ll be faced with some rainy days, and when the TV becomes too much, or you feel like you just need to escape for a few hours, there’s always the cinema.
Cinema has come a long way in recent years with films being a much more immersive experience.
You can choose from 3D, IMAX, superscreen and even incredible 4DX as a more exciting way to watch a film and make it a more shared experience.
On dry days, you can take a look at outdoor cinema screenings near you that are a great excuse to take a picnic and some blankets and enjoy classic movies outside.

Some of the most fun family activities are the ones that pit you against each other - and go-karting is one of them!
While the kids are still too young to drive, go-karting is a great experience to get them behind the wheel, and it can be fun to race together as a family and enjoy the adrenaline rush.
GoKart tracks often have special deals on during the summer to make it a more affordable activity for the whole family to enjoy. If you’re stuck for kids birthday party ideas too, this is one that goes down well with kids of all ages.

This is another great suggestion for something that the whole family can enjoy, especially as the kids get older and can go on all of the rides.
There are always great vouchers around now for 241 entry so that the cost can be quite minimal, and if you’re armed with the right theme park survival tips, you can make sure you have a great day out together.
If you’re not going on holiday this year, this is a fun way to enjoy your staycation and add some excitement to the summer holidays.

Invest in a paddling pool

Paddling pools are great for both kids and adults, and they have caused a bit of a stir after supermarkets begun slashing their paddling pool prices.
A paddling pool is a great thing to invest in for the summer and can be brought out whenever the temperatures begin to go up for a fun activity that’s close to home and won’t break the bank. 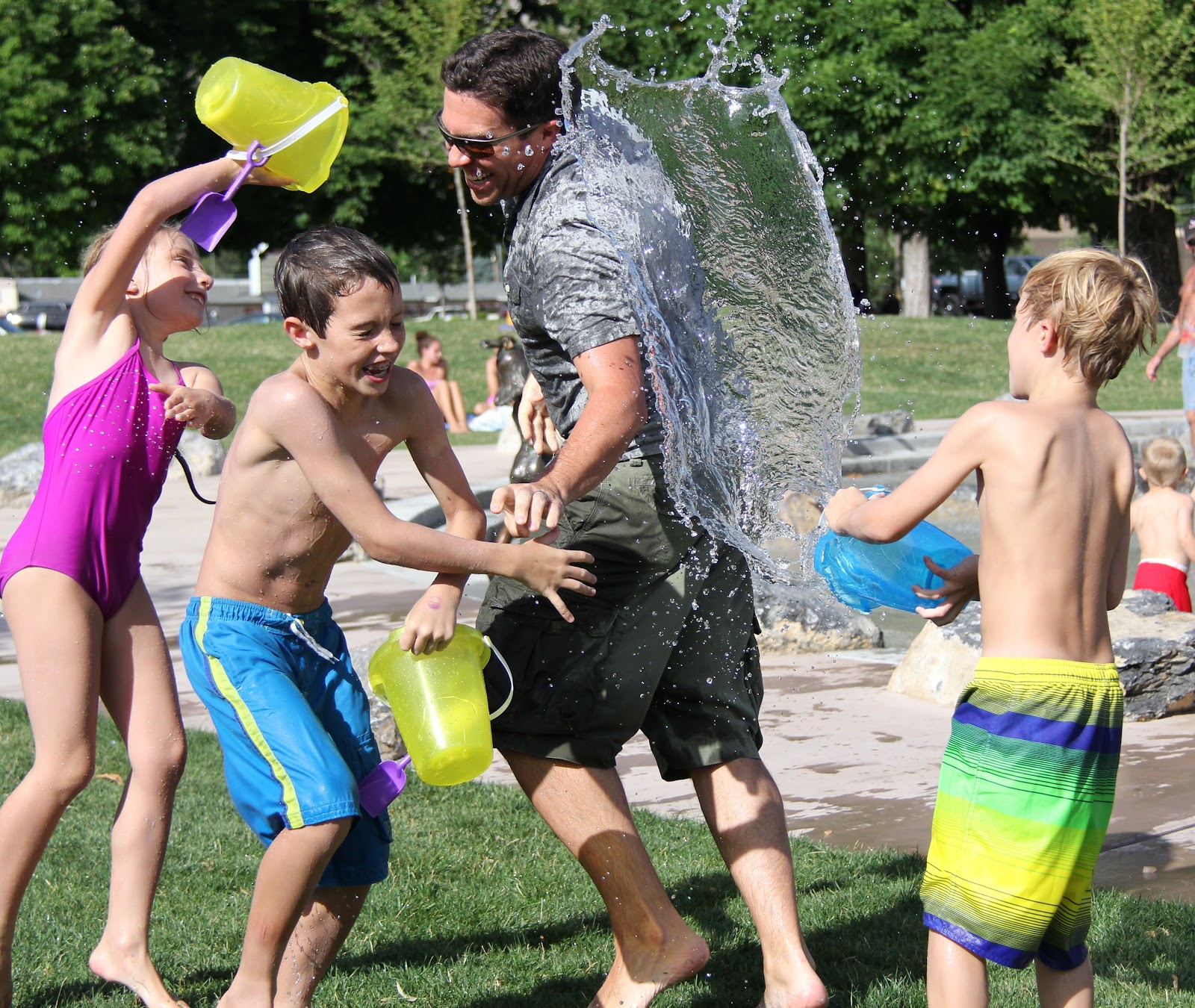 
Plotting out an entire summer holiday full of activities can be difficult, and costly, but there are plenty of other great suggestions for keeping the kids occupied during the summer, that you might want to look at.
Here’s hoping for a great summer filled with good weather and fun!
No comments:
Email ThisBlogThis!Share to TwitterShare to FacebookShare to Pinterest
Labels: #FAMILYFUN, #greatideas, #keepingthembusy, #mummybloggers, #Norfolkmum, #summer2017, #summerholidays, #ukparentbloggers
Older Posts Home
Subscribe to: Posts (Atom)