The twins have always been jealous of Noah's lego collection and desperate for their own.
So when I was sent some Lego City sets I knew they would be over the moon. 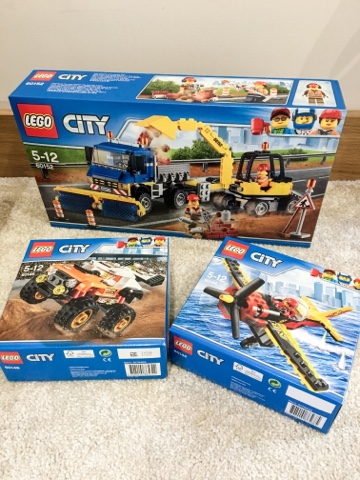 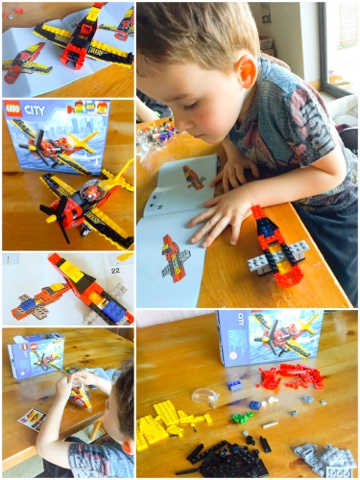 The twins each picked one of the little boxes and said they'd share the big box.

Alex took the Race Plane.
Get ready to put on an amazing show from the skies with the Lego City Race Plane, featuring a spinning propeller and opening cockpit.
includes mini figure.

Oscar opted for the Stunt Truck.
It's time to put on a daring show in the amazing stunt truck! Strap yourself into the cab and take off for your first trick!
Show off and make each jump higher than the last. This set features a truck with a big rear wing and big knobbly tyres, plus a mini figure. 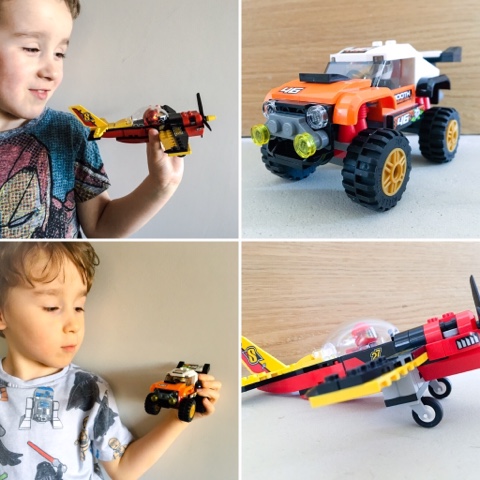 We all sat at the kitchen table and the boys helped me build them.
I was the builder and they were my helpers by finding me the right bricks that I needed.
The instructions are great and even the boys could understand what was needed and how to do it.

They took it in turns to help and were very impressed with the final masterpiece.

Once we had completed the plane and truck we moved on to the Sweeper and Excavator.
Keep the Lego City streets clear for the traffic with the help of the city work crew and their Sweeper & Excavator, featuring a truck sweeper with spinning brushes, various work tools and detachable trailer, an excavator with movable arm and shovel bucket, rotating body and opening cage, a street sign, cones, brick wall elements and two mini figures. 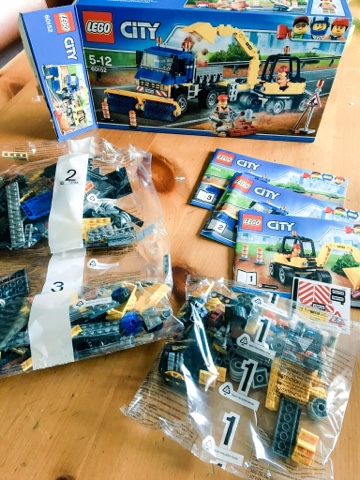 When it came to building the bigger set, I tried to get them to get involved in the building part.
They were a little hesitant at first but once I showed them it was pretty easy and pretty impossible to go wrong if they listened and looked at the instructions, and even if they did put the wrong brick on, they could easily re do it.

They loved how the brushes on the sweeper actually spun around and that they could spin the exactor around and around.

It was lovely to see them so proud of something they had made.
They put it straight on display in their bedroom, just like Noah has his. 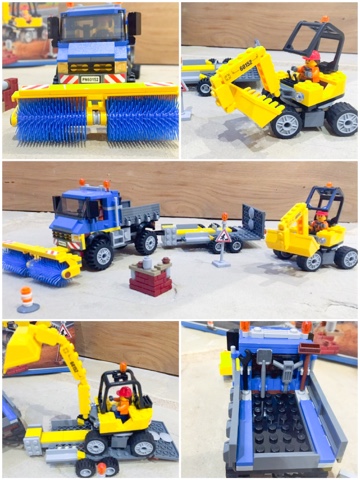 Lego City sets are just perfect for brand new Lego fans and it was one of the very first sets Noah was given. 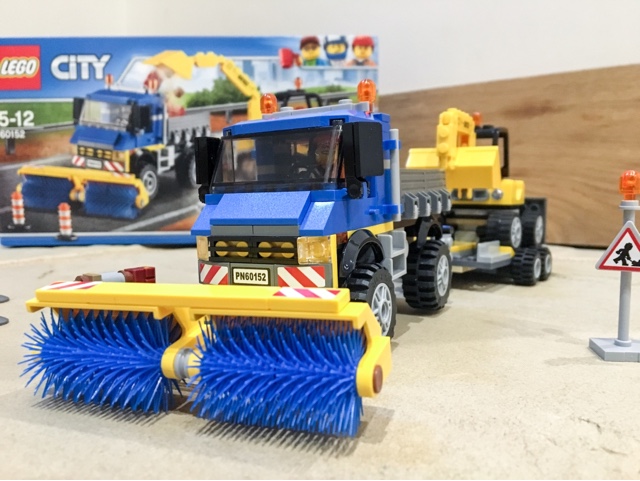 It really is amazing what you can build from simple little bricks!

You can find Lego in all good toy stores!