A lovely lady from munchkin uk read my blog and saw that Ru was having some bottle issues a little while ago so she sent me a latch bottle and some different sized teats to try out! 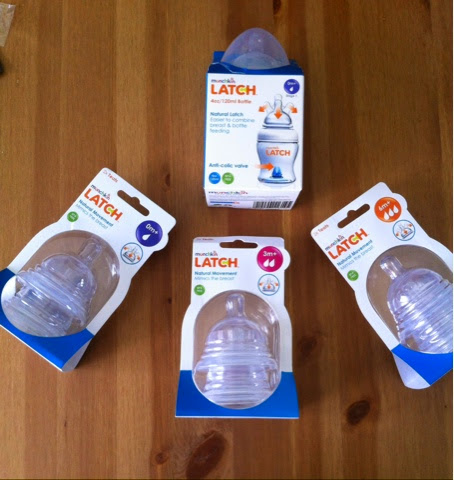 I've wanted to try them for a while now but they have always been out of stock every time I go to get one so I was pretty excited to be sent one!
The Packaging is nice, and the bottle it's self is nice and comfy to hold and as baby grows will be quite easy for him to hold on to himself. The teats are nice and soft compared to some others that we have used. Cleaning them isn't too much of a hassle either, just make sure you remember to take the bottom air vent out.
I love the fact that the teat moves about and is more "breast like", as some bottles claim to be "breast like" but looking at them you would think the maker has never seen a boob in his life!
Ru took to this bottle straight away with out a fuss 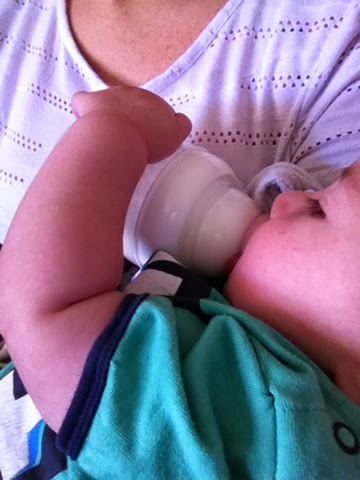 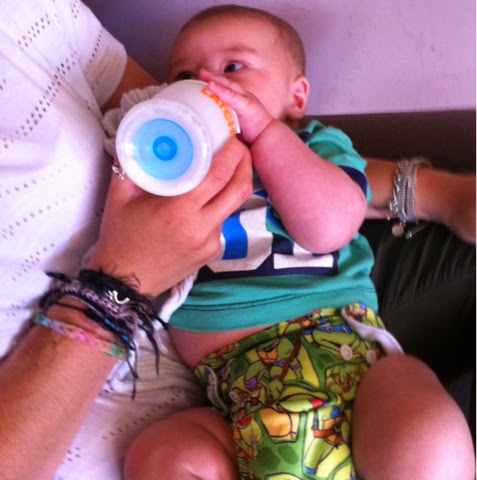 He drank well for about 5 minutes then the teat started to collapse in on itself, so I had to un-screwed the top and re screw to help the teat in pop......
....... Ru's milk is super thick as he is on an anti reflux one so he may have been sucking extra hard to get the milk out, I used the size 2 teat which is from 3 months. I may try the size 3 and see if it happens again, if it doesn't I will purchase some more bottles for myself, if not we shall stick to our NUK ones.
To find out more about the latch bottle visit the munchkin website and have a read::
http://www.munchkin.eu.com
You can buy the latch bottles in boots For £6.99
If you are struggling with bottles I would highly recommend trying them out
No comments:
Email ThisBlogThis!Share to TwitterShare to FacebookShare to Pinterest
Labels: Munchkin latchbottle fussy feeder baby bottles

I am part of the MOB scene!
*mum of boys*
Yes I do have mountains of washing to do everyday, thanks for asking but really I'm sure any household of 6 does.
Yes I like to make more by having Ru in cloth nappies,
My washing machine really is my best friend!
when I think about it I really don't know why I have so much when my little wildlings (the twins) are anti clothes and would rather be nude!
Yes I have to hold back my screams when snails, spiders, bugs are shoved in my face and I'm made to look at them
Yes there are fights, two toddlers who don't like sharing!?! Of course there are fights!
Having to constantly tell them "it will fall off if you keep pulling at it!"
Then being constantly asked "bet you hoped number 4 was a girl?" "Are you going to try for a girl" "never mind you can always try again" "well don't you have your hands full" my favourite one is "don't you own a telly?"
I'm also sure I get pity looks from mums of girls!
My house gets super messy, it's full of noise, it on occassion is rather smelly - 3 boys in nappies just think of all those lovely pooey nappies I have to change! But I have a stock cupboard of lovely smelly candles for such times
Would I change it all for a girl???
No way!
I've always been more drawn to be friends with boys, I was probably still am a tom boy! The drama that girls bring including myself is just ridiculous!
I have two beautiful nieces I don't need to have my own girls.
My boys are amazing 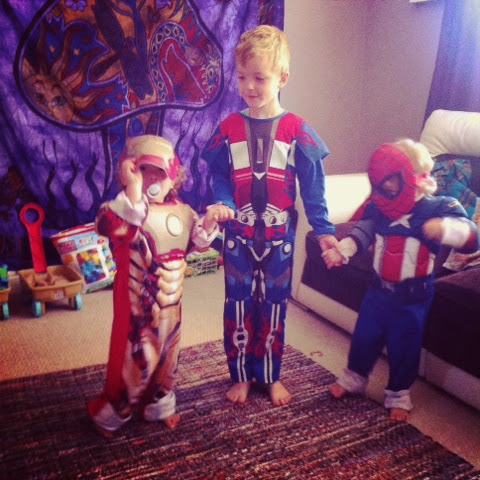 Noah, god he could moan for England but he is so caring, gentle and extremely clever - has done ever so well at school.
He's a bit on the girly side but i put that down to him not really having a man in his life until he was 3 ( when i met Jon) yes my dad was and always will be his main man but it was me who raised him and probably babied him too much!
Alex (twin one) is my big chunk, he's constantly giving out hugs and kisses and doing little happy dances and bum wiggles. He has his temper tantrums but usually they don't last that long! On the other hand...............
Oscar (twin two) my goodness he has a right old temper on him, he screams, he throws himself on the floor, he throws toys at his brothers and me! When he's not being horrid he is super, he is my little music man, it fills me with joy seeing him playing on his guitar, tapping his foot and singing his favourite muuuuummmmmmy song!
Then there is baby Ru - i swear he is the worlds best baby! He sleeps, he feeds, he has a roll about then he sleeps again!
He's just started teething :'( so I'm sure that will change things but I'm so in love with this budda baby I wouldn't care of he stayed awake all night screaming the house down! 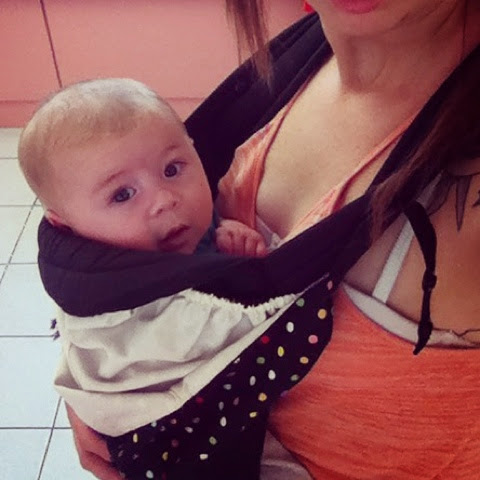 I received my first sassy bloom box yesterday.
I was so excited about it I was tracking the delivery man on my phone and waiting by the kitchen window! 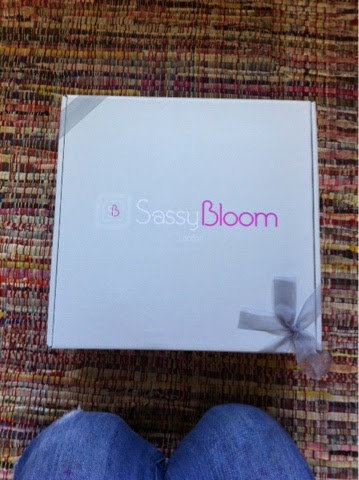 When it turned up I could have danced for joy! It felt like Christmas morning. 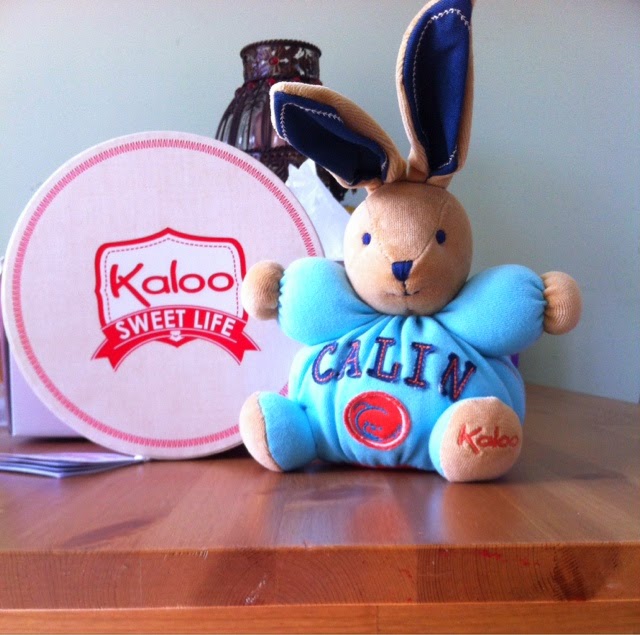 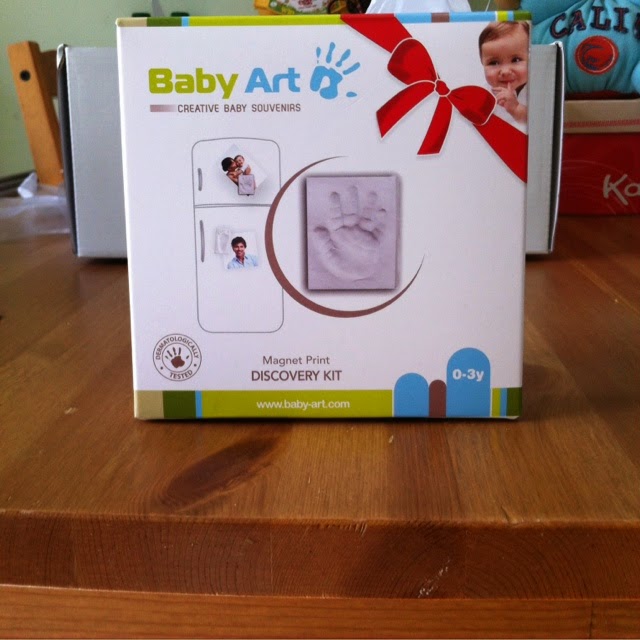 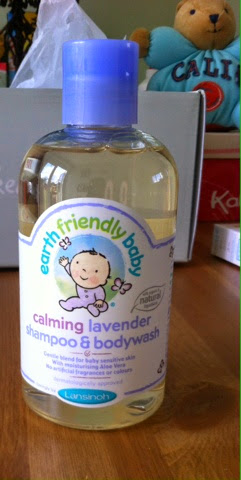 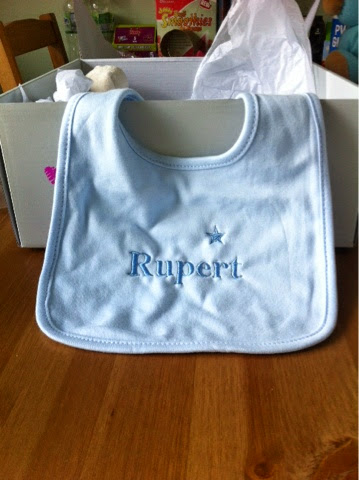 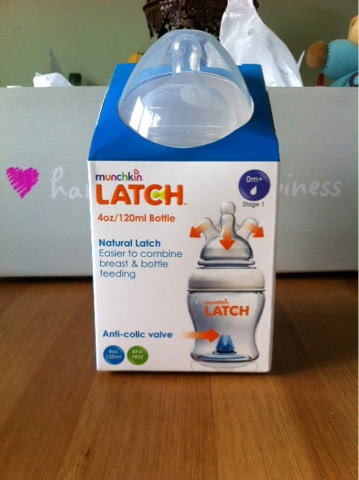 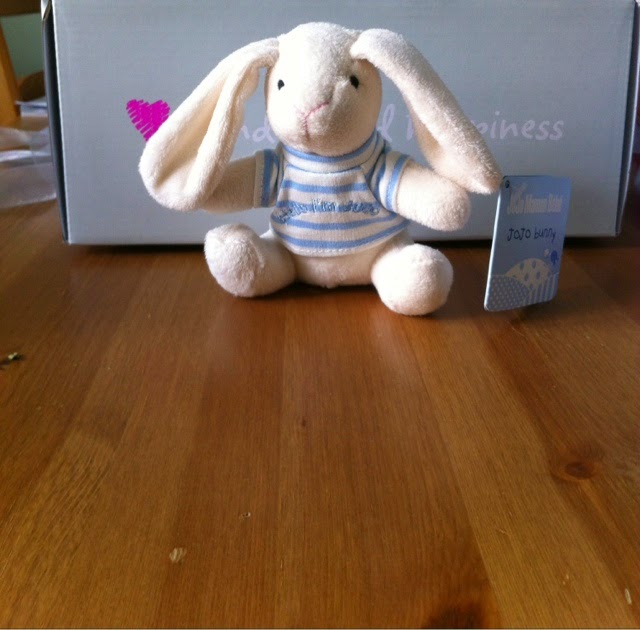 I was not disappointed! Everything inside the box was lovely!
I know I will use everything eventually 👍
Ru has already taken a big shine to his lovely new Kaloo bunny! 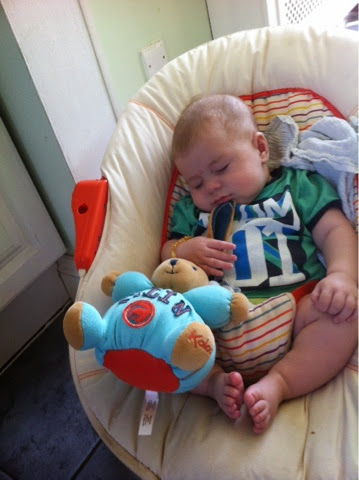 I'm a big fan of earth friendly baby and have used it before, so I'm happy to have it again to use on the little guy!
I got this box for half price as it was my first one.
They cost £29 a month, and you can cancel at any time which is good.
If you pay 3 months in advance it works out as £26 a month, if you pay 6 monthly it works out as £24.65 and if you pay annually it works out as £22.15
The RRP of each box is around £40!
You can get the box sent out to you from your 3rd trimester up until your baby is two!
I love the idea of this box so much.
I enjoy buying baby things and have done since Noah was tiny. I see something and just think oh their little lives will be so much better if I buy that for them! I can see myself saving money knowing I'm getting a box of surprise goodies in the post and not having to search for new things myself!
I can't wait to receive all my other boxes :)
Www.sassybloom.com 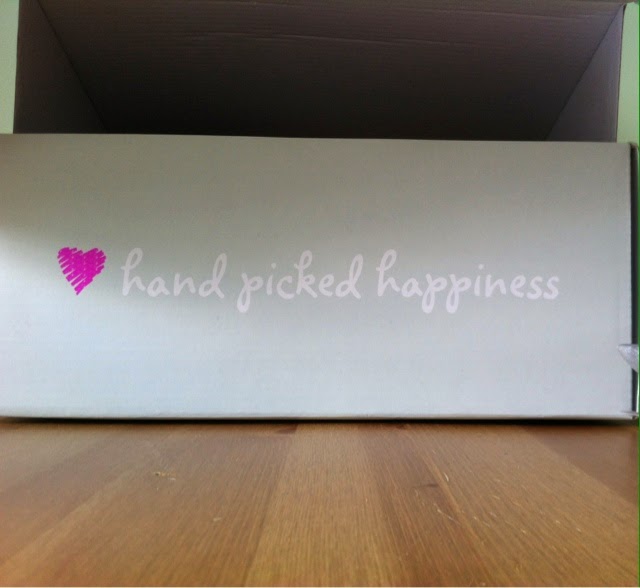