Ru is now 2 months old and weighs 12lb7!!!
He had his 8 week check up yesterday and passed with flying colours, he also had his jabs which he is still grumpy about!
He's fussing with his feeds still but the doctor and health visitor aren't too worried and told me not to worry too much.
We have been using cloth nappies for over a month now, still in disposables at night as he was leaking in his cloth at night, I'm going to be buying some tots bots bamboozles and a wrap soon to try out! 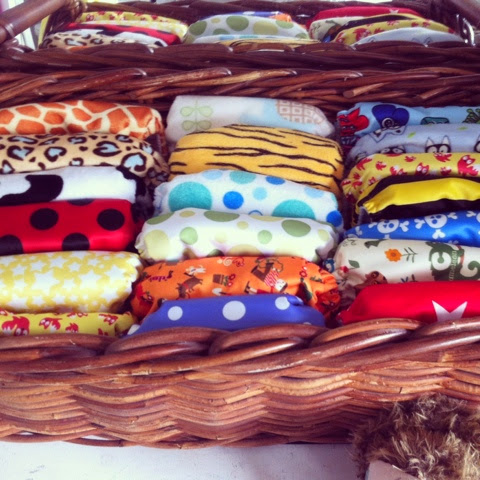 Ru's little stash.
He's nearly outgrown his Moses basket so we will be putting up the cot in the next week or so! 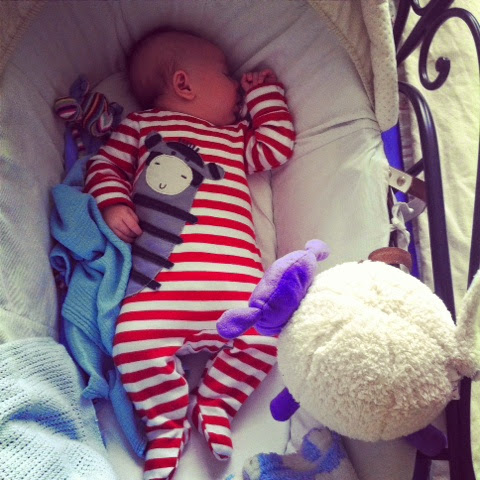 He has just discovered his hands and it's just adorable watching him playing and looking at them.
He is a very happy smiley baby and I couldn't love him anymore than I do!
No comments:
Email ThisBlogThis!Share to TwitterShare to FacebookShare to Pinterest
Labels: #babaandboo #clothbum #babyupdate #2months

Even though Ru is only just 8 weeks he is now on his 3rd set of bottles.
After we failed at breast feeding we started on tommie tippie which seemed great at first but then he started to struggle to take his feed so I thought id change to a vari flow teat but that made the milk shoot down his throat which resulted in me being covered in milk ten minutes later.
So I decided to buy him some doctor brown ones. I read all the reviews so I knew how to stop the leakage and all that and the extra cleaning didn't bother me, he took half a feed from this new bottle but then decided he no longer wanted to take the rest, he didnt seem to like the teats either, so they failed straight away
👎 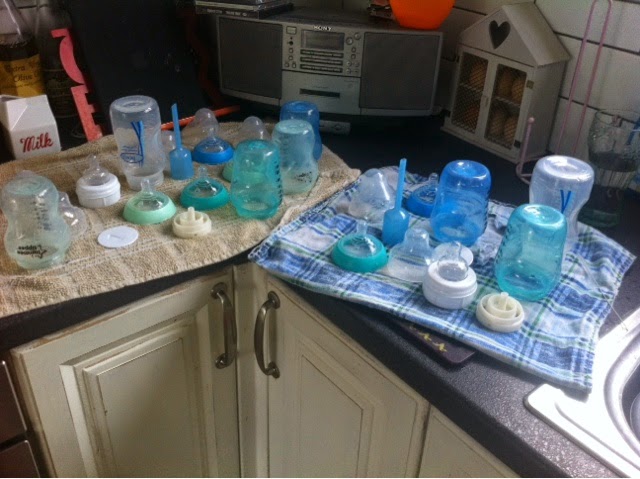 So I popped out this morning and bought some nuk bottles, I used these with Noah and he had no issues with them.
Ru has had one feed with these new bottles and fed well only leaving an ounce. Hasn't been sick and is now nicely settled in his bouncer.  👍 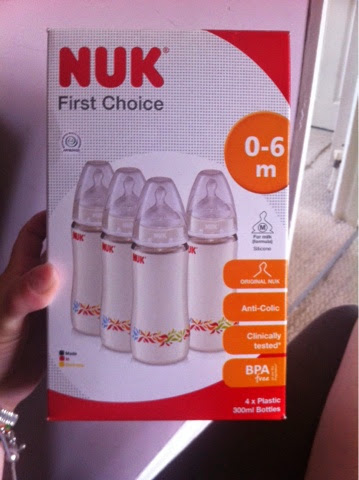 Fingers crossed we don't need to try any more!
Next ones I have on my to try list are MAM bottles, he likes the MAM soothers so may take to the bottles! 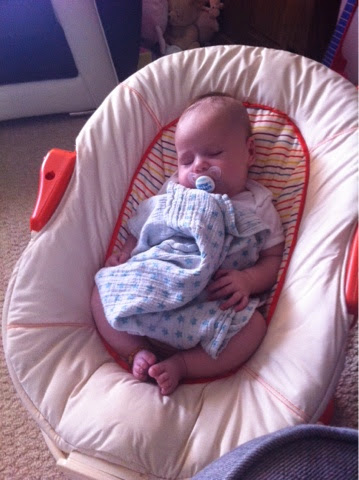 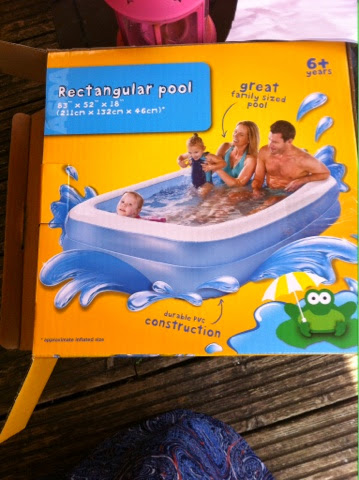 Looks a lot bigger than it is, so
I was slightly disappointed but the kids were over the moon! 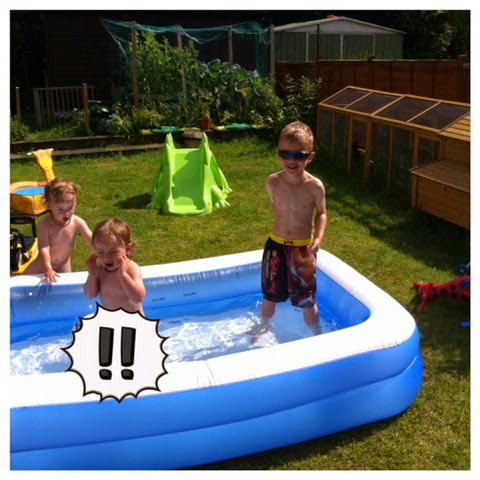 All was going well but with two naked toddlers who aren't yet toilet trained jumping in and out there was bound to be a toilet accident......about half an hour after filling the pool up Oscar pooped, Alex And Noah jumped out leaving poor little O  surrounded by floating poop!
we fished it out then refilled the pool with clean water and then the fun carried on!
Little Ru turned 8 weeks old today and was not a fan of the heat so has been a little unsettled :( 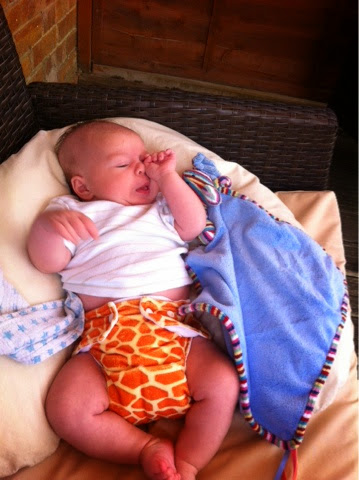 After a lovely day in the garden all boys were bathed and put to bed with a story!
Tonight's story was the tiger who came for tea 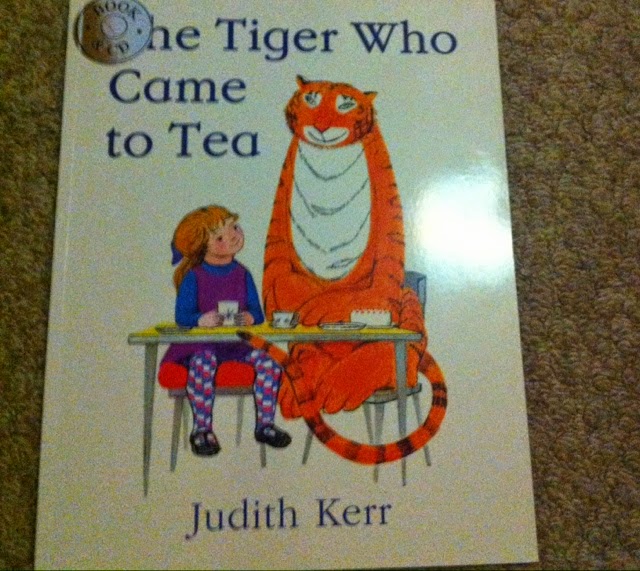 One of Noah's favourites so he came and sat with us
No comments:
Email ThisBlogThis!Share to TwitterShare to FacebookShare to Pinterest

Forget snake charmers, popping on a sea sick Steve gig on the telly puts my two toddlers in a complete trance! 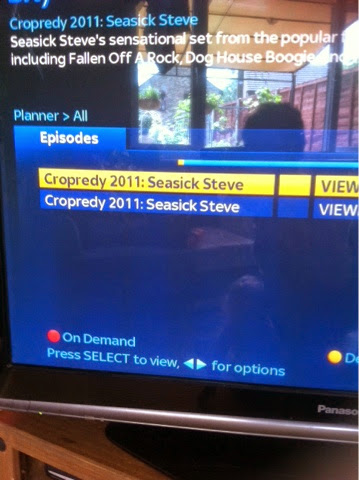 We have probably watched this over 100 times!
Forget cbeebies! The guitar man is what they want.
I'm sure if they could they would grow little beards just to be like him! 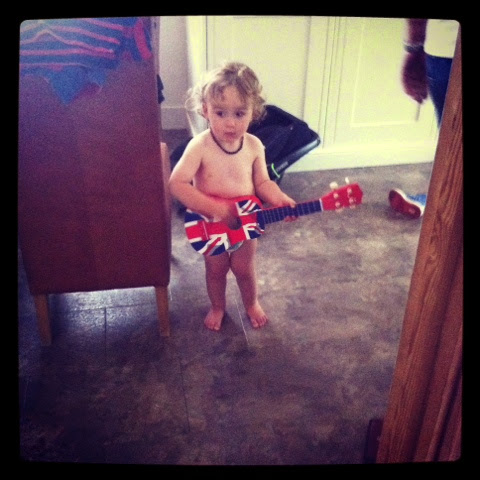 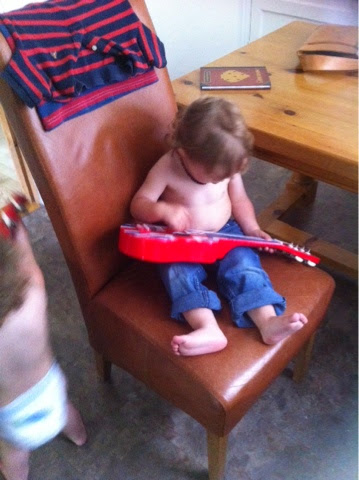 We may have the youngest seasick Steve fans lol
No comments:
Email ThisBlogThis!Share to TwitterShare to FacebookShare to Pinterest
Labels: #guitar #seasicksteve #minimusicmem #music #toddlers #twins

Noah is into all things but his fav things at the moment are Minecraft, robots, Star Wars and football 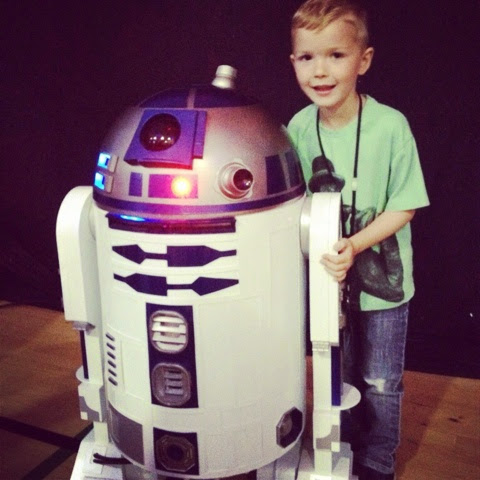 The twins are completely wild, the love kisses and cuddles and being outdoors 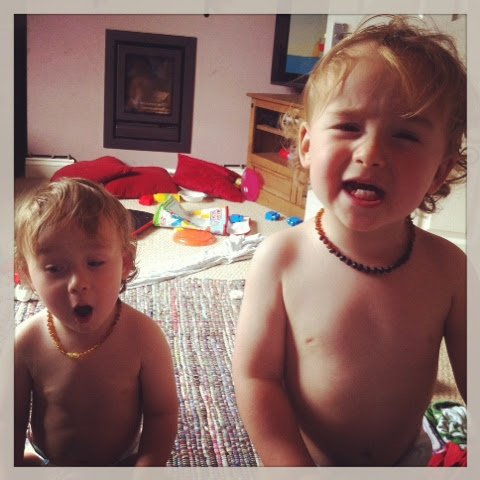 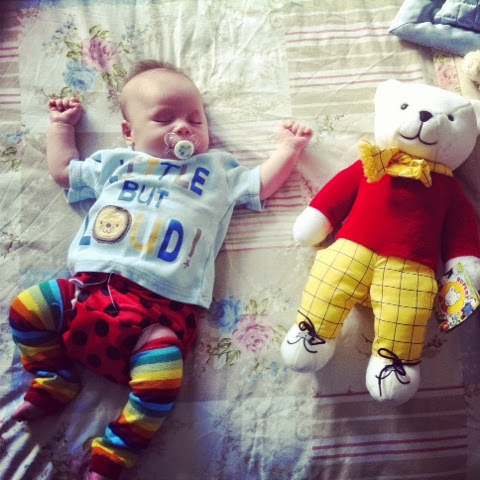 I'm  Hannah 28,  I'm a full time mum to four little monsters, Noah  who is 6, Alex and  Oscar my identical twins who have just turned 2 and baby Rupert (Ru bear) who is 7 weeks
I have lots of tattoos
Extreme coffee drinker
I baby wear
I have just started using cloth nappies

This blog will mostly be about my boys  and my daily life, probably not everyone's cup of tea so sorry in advance if my blog bores you  :)