About Hannah and her Mini Beasts!

I'm Hannah 34-year-old mum to four very lively and very wild boys, married to a bearded fella, we live in West Norfolk by the coast with our 3 Cats Indie, Link and Odin. 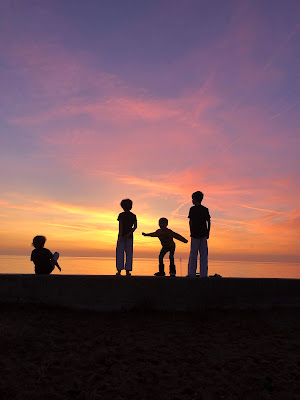 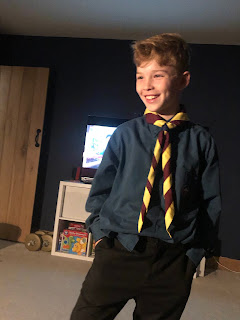 is madly into his Xbox, he's just starting secondary school and is quickly turning into a grumpy teenager.
He's a Scout, is a Green belt in martial arts and also does boxing once a week, which is really helping him build some confidence within himself.

Noah was born at home and delivered by my mum, who is the home birth lead for Sutton and Epsom. 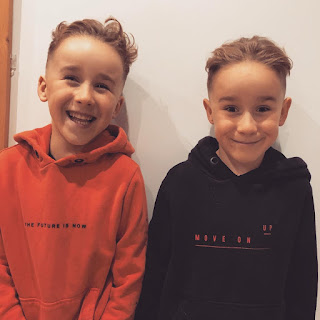 They love playing Zelda and Minecraft on their Nintendo switches.
They love going out exploring the world and trying new things.
They are also Beavers and go to Martial arts.

They are survivors of twin to twin transfusion syndrome (TTTS)
they were born at 33 weeks and spent 2 weeks in ICU. 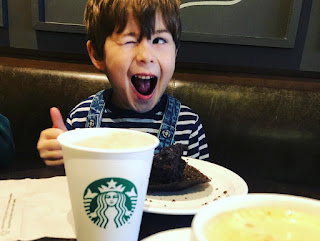 He has me and the rest of the world wrapped around his little finger.
He also loves playing Zelda and Minecraft, he is at his happiest in the woods or down on the beach.
He has a sensory disorder and we are currently waiting to be re-referred for him to be assessed again.
Like the other three, Ru also does martial arts.

He was also born at home with the help of my mum.

After both the twins and Ru I "ate my placenta"
I did the placenta smoothie and had the capsules.

Since the boys were all born I have suffered 4 miscarriages. 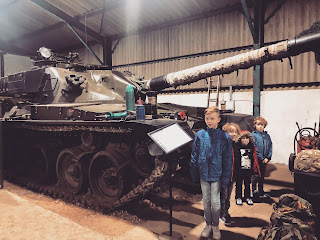 I'm not your typical mum, I'm pretty much covered in tattoos with stretched ears.
I tend not to dress like your average mum at the school gates.

I have an unhealthy love for coffee, cake and gin.
I tend a lot of my spare time at the gym.
I'm currently studying Arts and Humanities with the Open University.
I have recently gone from a size 14 down to a size 8. 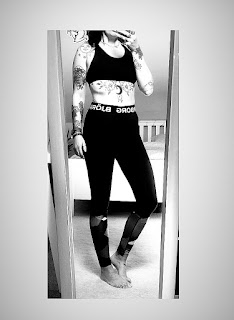 I have Moebius syndrome which is an extremely rare congenital neurological disorder which is characterized by facial paralysis and the inability to move the eyes from side to side.
I lack facial expressions which occasionally can make it difficult for people to see what I'm feeling.

For people who have been around me long enough do say they don't even notice it, but for new people, I'm sure it must be quite strange.
I do get stared at a bit when I'm out which used to get me down, but since having the boys I have less time to notice what others are doing as I'm so busy keeping my eyes on them.
I try not to let it get in the way and I'm as friendly as I can be.

I was also bullied a lot at school, but I think I've only become a stronger person for it.
The boys don't see me as someone whose different, they just see me for me. 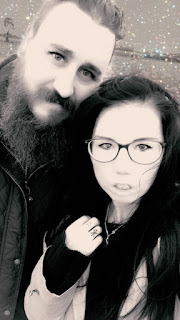 We moved to Norfolk in December 2016.

We love finding family-friendly places to visit,
such as farms,
National Trust places,
exploring the woods,
making Dens,
muddy puddle jumping,
walks along the beach,
snuggling up on the sofa to watch a new film or read a new book.
Getting Crafty,
Baking.
...you name it we love it.