For the first time since Noah was in Reception (4 years ago) I've had to dress the boys up as someone from a book. 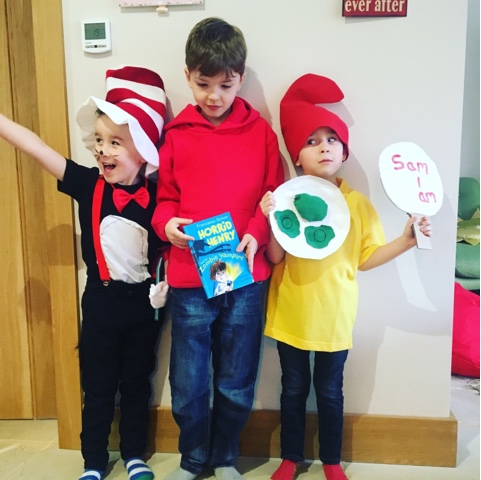 I reallllly wanted to dress the boys as Thing 1 and Thing 2 from the Dr Seuss books but they were having none of it and they told me who they wanted to be.

Oscar was adamant that he was going to be Sam I Am from Green Eggs and Ham and Alex wanted to be Cat In The Hat.
Noah wanted to be a Star Wars character but I told him he had to pick a character from a book that he's actually enjoyed reading and not from a film he's watched.

He eventually settled on Rude Ralph from Horrid Henry. 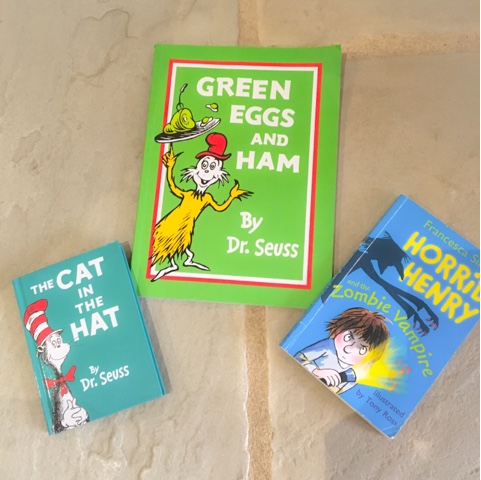 When it came to getting their costumes sorted we did look for ready made costumes but then decided against it, one it was faaaaaaar too expensive and secondly we thought it might actually be more fun trying to make the costumes from every day items....

Of course I had to buy most of the items, but it didn't come to nearly as much as the costumes would have, and they'll all be able to wear most of their stuff again. 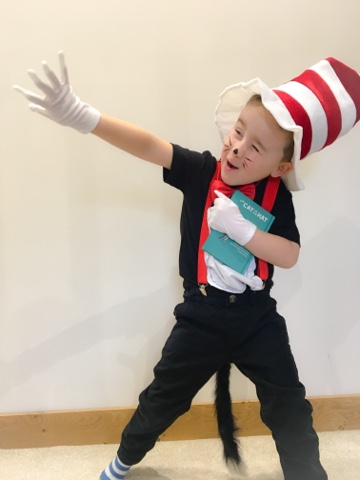 We bought him a Cat In The Hat dress up pack which included,
The Hat,
The Gloves,
Braces,
and the bow tie.
The pack cost £6.99
We then bought him a clip on tail for £2.99
He already had black trousers and we got him a cheap black t-shirt for £1.50
For the white tummy I cut up an old white t shirt and sewed it on to make the cat tummy.
Total cost - £11.48 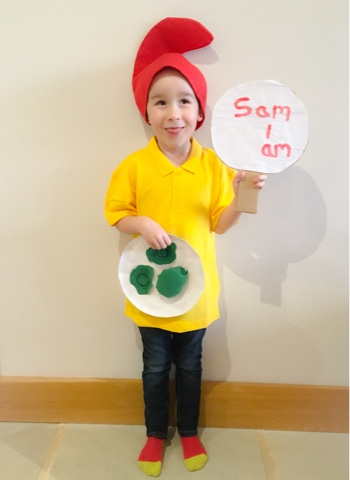 The Yellow t-shirt was actually the hardest item to find, because we pretty much left it to the last minute we had to pay a small fortune for the postage to make sure it was her on time.
The t-shirt cost just over £3 and then the postage was close to £4.
His little gnome hat was £2.
I made his sign and his green eggs and ham were made from some green material we had lying around the house. 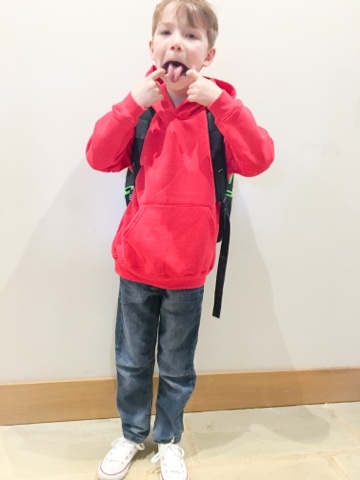 Noah's was the easiest to put together, but the most expensive.
Unfortunately for us he didn't own a red hoodie, so we had to buy him one and it cost us £12.
Though to be fair, he will wear it a lot so its money well spent.
Everything else he had.

Over all Total - £32.48
So still pretty silly for just one day, but much better than paying out for 3 ready made costumes!

Did your children dress up for World Book Day?
Why not share a picture in the comments?!