The twins are massive Power Ranger fans, and often dress up as their favourite Red Ranger.
I remember watching it as a child and always wanting to be the Pink Ranger, so its quite nice to see them enjoying something I used to enjoy.
We all enjoy watching some of the old school episodes on Netflix's.

When asked if we wanted to review the brand new imagined Morphin Megazord playset, I knew they would think Christmas had come early! 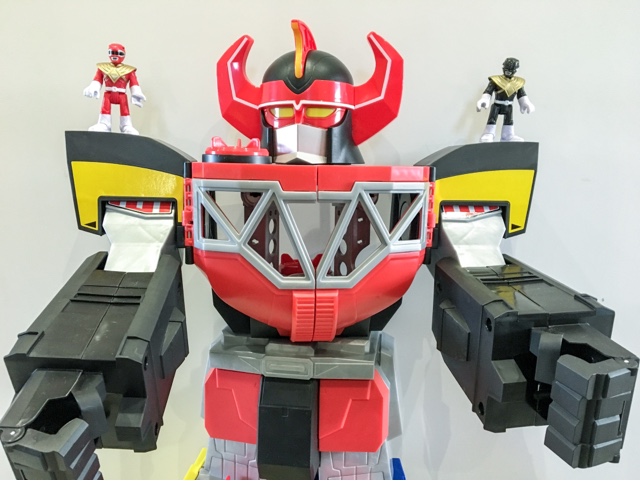 They play-set comes with the Red Ranger and the Black Ranger, I had a dreaded feeling they're would be massive arguments who got the red one, but that hasn't happened and they're both pretty happy to take it in turns being the red ranger. 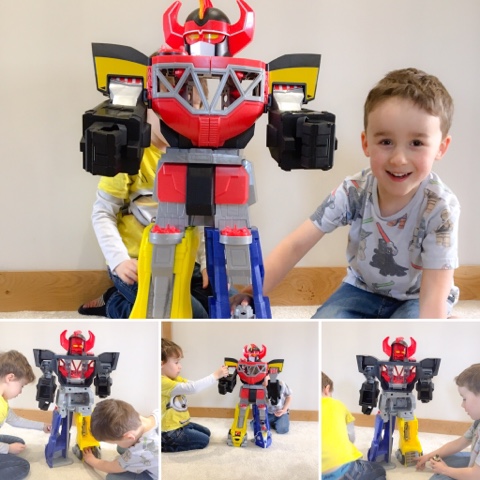 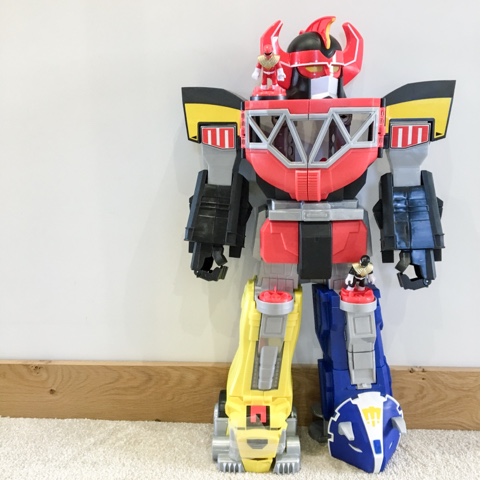 The boys have endless fun playing with the Megazord, I've lost count of the times I've been shot by a missile.
They bring him down to watch Power Rangers with them and then try to act out the scenes with the play set.

I have been told, that this is the best toy ever! 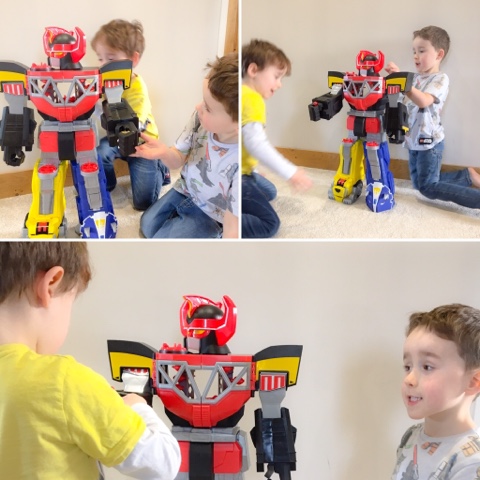 I love all the detail on the Megazord, and I can that tell this toy won't break easily, It's been twin tested!.
It's totally worth the higher price tag, as this is a toy that will be played with daily for a long time to come.
I can't see the twins getting bored of it anytime soon. 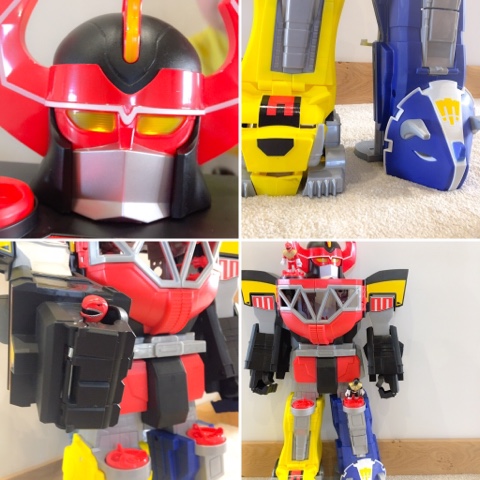 **Price correct at the time of posting.