August 20, 2017
After hitting a bit of a downer the other week, these past two weeks have been much better.
I've been more productive and I'm starting to feel a little bit better within myself.

Ru went off to nursery on Tuesday so we took the others for a walk in the woods and found a new route to take, which took us to brand new unclimbed trees. 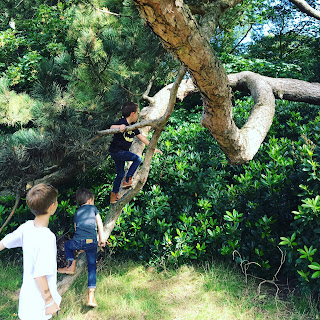 We also went off track and found a beautiful spot between all the trees where we collected pine cones for the wood burner. 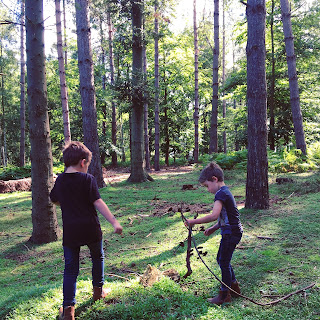 Wednesday Ru should have been at nursery but because the power was being turned off in the village his nursery is in he had to have the day off.
So Wednesday was pretty much spent lining up all his Lightning McQueens. 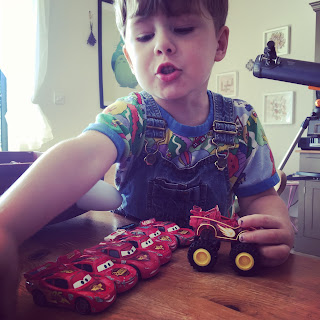 Oscar also learnt to ride his bike with out the stabilisers on, spurred on by Alex who had his taken off a week ago.
It's nice to see how quickly they've taken to riding their bikes.
As with Noah he's only actually really started riding his bike since we moved here and he went from not being able to ride at all to doing little stunts like standing up on the bar whilst the bike moves! 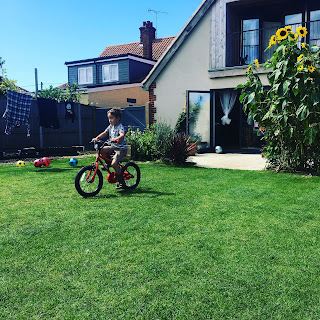 I also did a little me thing.... (Sorry Mum)
I got some new tattoos.

Getting a tattoo is way for me to heal when things have gone wrong.
Back when I was a teenager I used to self harm (something I'm not proud about or something I really talk about) but as soon as I hit 17 and had a fake ID I was getting tattooed or pierced.

It was my way of letting the hurt and pain out and turning into something beautiful.
My thigh is a constant reminder of the bullying I went through throughout my school life and when I see it I feel sad but when I look at my tattoos I can't really remember why I was sad but I always feel uplifted when I look at them. 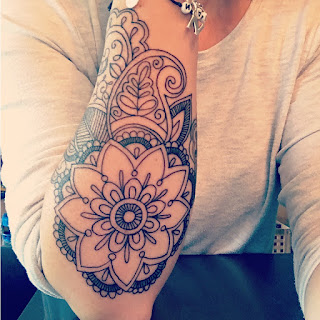 I'm 31 and its still my therapy.
When things go wrong or I'm feeling crappy I'll dye my hair and get a tattoo.
It's an instant fix and something beautiful to look at day in day out. 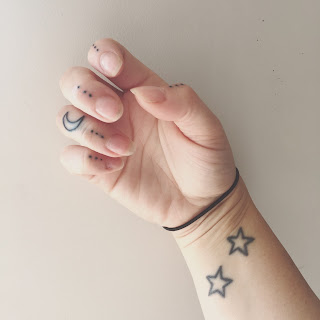 We took the twins and Ru to the Library for the first time, we got their a little early so we had to go and get a coffee while we waited for it to open. 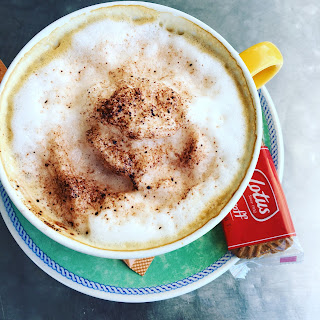 We headed towards the beach and popped into Hunstanton Ice Cream Factory for a drink.
The boys each had a juice and Jon and I had a nice warm coffee. 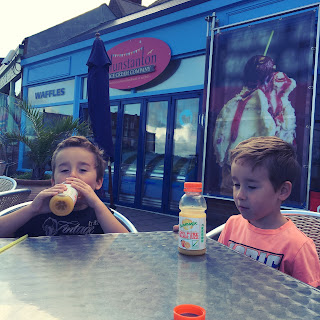 Once the library was open we headed back and let the boys choose some books to read as I'm getting pretty bored with reading the same ones over and over.

Rupert picked a few new Peppa Pigs stories and one about Jack Frost.
I also picked up a couple of books for Noah as I want him to get back into the swing of reading every day before he goes back to school! 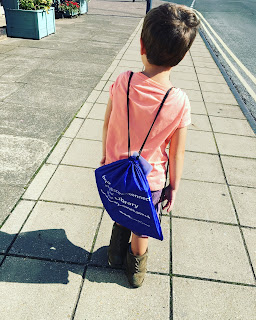 Yesterday we received a letter saying Ru is going to be properly tested for autism and were also sent a sleep diary that I have to fill in.
Reading the letter made me start to feel really uneasy but good as the same time.
Complete mix of emotions! 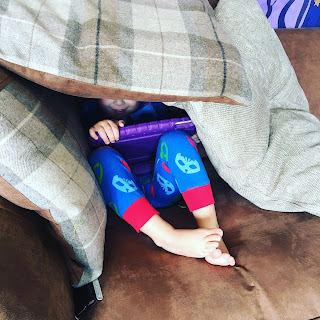 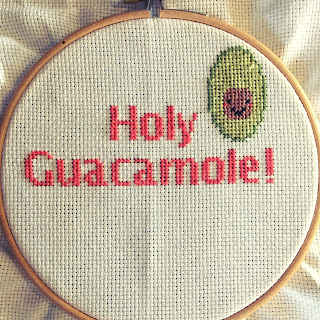 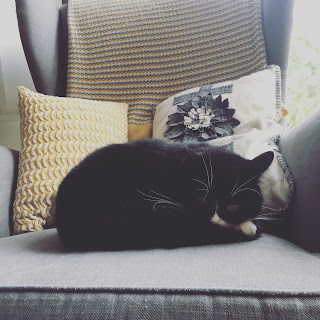 What have you been up too?
Are you looking forward to the kids going back to school?