April 10, 2018
Last Thursday Kelly and the girls came to stay.
It was a bit of a spur of the moment plan and it was lovely having them all here.

Esme slept in the twins room, as the twins share a bed normally so Esme got a whole bed to herself, Kelly took Ru's bed as that's usually empty and Isla shared with Noah on the first night then the next two nights shared with her mum in Ru's room.

Our table was full and it was nice to see all the kids happy and together. 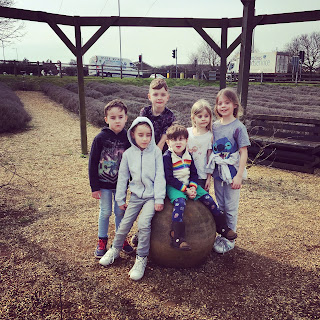 We headed out early to soft play getting there for when it opened in a bid to miss the mad rush but thankfully it wasn't too busy and the kids had two hours of running around like crazy loons.
Afterwards, I tried to get a nice photo for my mum of all the kids together but as you can tell from the picture about they really weren't feeling it! 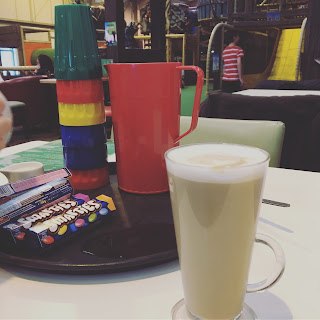 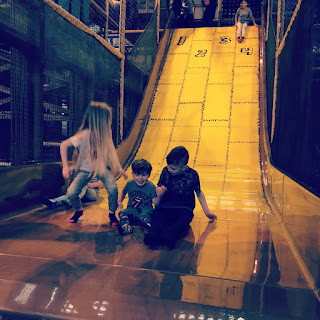 After lunch, we decided to walk to North beach and let the kids run around and have an ice cream. 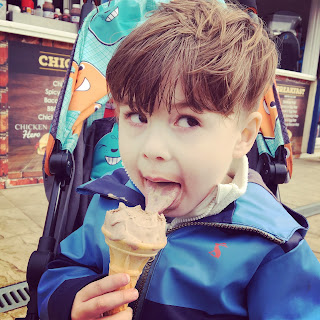 I bought them some bucket and spades after the ice creams and they all ran off to build sandcastles, the tide was out so they had plenty of space to run around on and try and build a sandcastle village.
Ru gave up pretty quickly but then ordered me to build him a sandcastle rainbow... 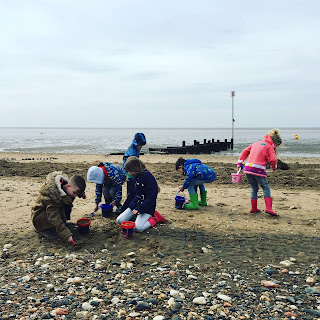 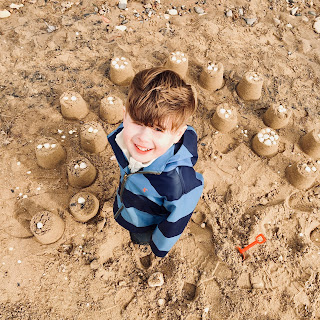 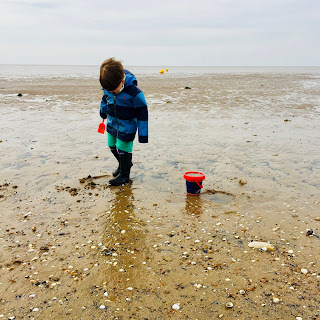 As the weather was nice and we had no real rush to get home we decided to attempt to walk along the beach to Hunstanton.

I had told Kelly it would only take 10 minutes....even though I had never done it before.
Thinking about it now, it takes 10 minutes in the car so I should have known it would have taken longer. 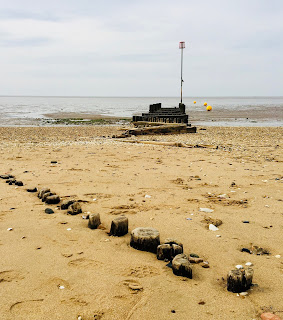 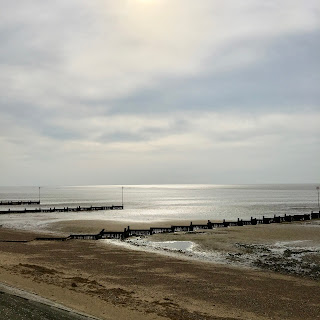 The kids were actually really good and hardly moaned at all!
Esme, Isla and Noah ran along the sand collecting shells and bits and bobs as they went, Ru was in the stroller and I knew he wouldn't walk from our house to the local beach let alone all the way to Hunstanton, and the twins both walked beside me looking at all the lovely holiday houses along the seafront. 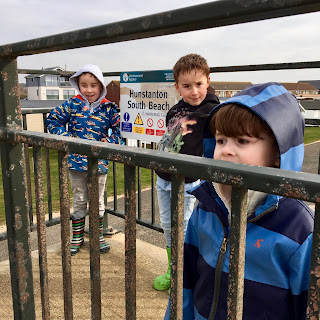 They were all really impressed that they'd walked to Hunstanton and can't wait to go back to school and tell their teachers! 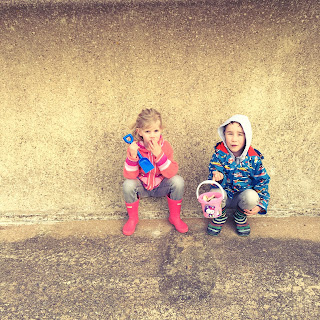 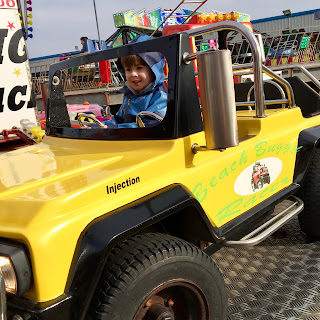 As a treat for the kids being so good, we took them into the funfair, we all went on the caterpillar roller coaster and everyone enjoyed it, though Ru is still a little unsure if he liked it or not.

His favourite was the car merry go round and he went on those a couple of times.
Everyone apart from me and Ru went on the bumper cars ..... turns out Noah's a bit of a dangerous driver!

Before we left Isla and Noah went on the twister and from the ground, it looked as though Noah was going to cry but apparently he loved it. 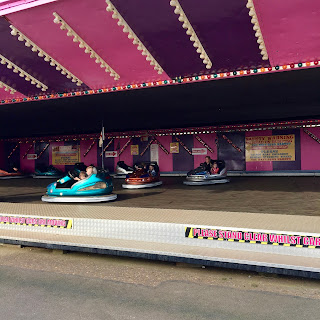 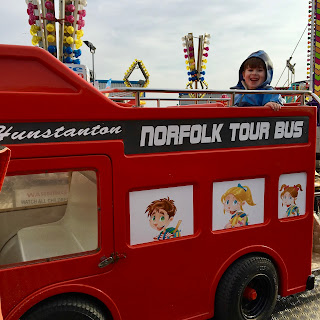 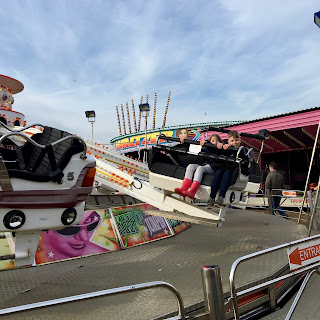 We spent the morning lazing around at home, letting the kids do as they pleased.
After lunch, we took them back over to Norfolk Lavander and went into the Animal Gardens and Play Park, hoping they would get the rest of their energy out there.

On entry, they were all given a little quiz and a sheet to use in the maze to collect stamps so that they'd win a goodie bag on the way home. 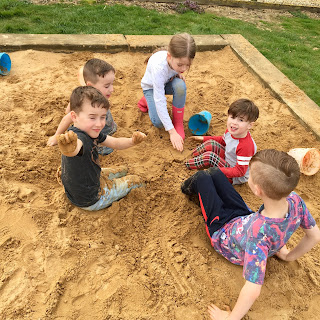 They all ran around looking at all the animals and trying to find the answers to the questions, we let them loose into the maze by themselves.... to which I'm pretty sure they all cheated as it didn't take them long to find all the stamps and they all came back out the way they went in. 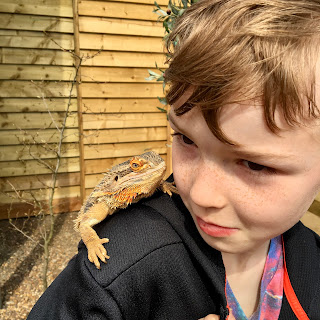 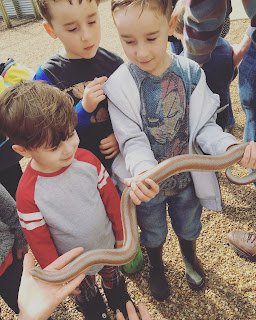 Their best bit was getting to handle some of the animals, the boys all loved holding the snakes and Noah made friends with a bearded dragon.
Ru loved the Tenrec as he had a wet nose that wriggled around!
I tried to get a good photo but it was just too wriggly.

After they had finished looking at all the animals they went and played in the play park.

The girls and Kelly headed back to London on Sunday morning.
It was lovely having them here and the house felt rather empty once they'd left.
It was really nice having a few busy days and we all felt better for it.
We are all missing them now and Rupert keeps asking when they are coming back.