The twins religiously have a cup of milk before bed, but Ru has always been a bit hit and miss with it, Noah avoids it like the plague unless he's trying to please me to get something out of me.

Bed time usually goes pretty smoothly, we still stick to the bath and bed routine, my aim is usually to have them in bed by 7 ish. The twins settle down after a few giggles, Noah goes to bed by 8.30 / 9 ish. Ru on the other hand will go to his bed at the same time as the twins and I'll have to sit at the end of his bed for normally around an hour waiting for him to drop off to only have him wake up at 2 am to get into my bed and be fully awake by 4.30.

This has become pretty normal and we've kinda got used to it, but when I heard about Sleep Well Milk I was very up for giving it a go. 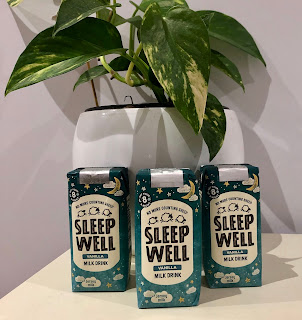 Enriching and delicious, Jersey Milk enjoys 20% more protein and calcium than milk from other breeds. It not only tastes great but, being more nutritious, it does you good too.

Valerian root has been relaxing people and helping them get to sleep for nearly 2000 years. Our valerian herb is grown and harvested in the UK and is of the highest quality.

Honey contains simple sugars that are better for you than white sugar or artificial sweeteners. The perfect blend of fructose and glucose that can help you sleep, it’s also full of antioxidants.

The milk comes in two flavours - Chocolate and Vanilla.
We were sent the vanilla flavour, as soon as Ru saw the little cartons he asked if they were his but to his disappointment I told him he had to share with his brothers.

Come bedtime they were all rather eager to try out the new milk. 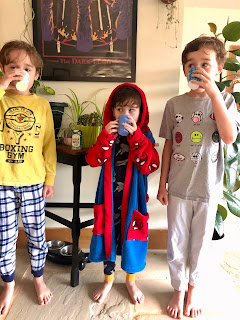 They all said it tasted a bit like chocolate, which I think that was their way of describing its sweetness.
Alex and Oscar were undecided if they liked it or not but Ru was very impressed with his brand new bedtime milk. 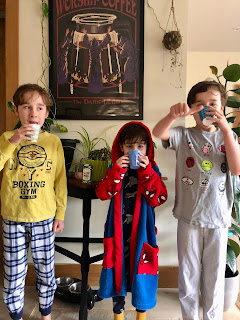 The twins went to bed with out any noise and fell to sleep quicker than usual, but I put that down to them being tired from getting up early.

I had wishful thinking when it came to Ru, but even he fell asleep quickly, I think I was only in his room for about half an hour.
The boys all woke up about 5 the following morning, so a slightly longer lay in to normal. 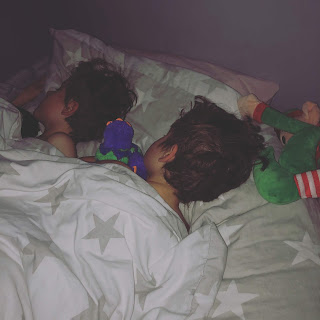 To make sure it wasn't just a fluke we tried some more Sleep Well Milk the following evening, the twins didn't want any, which pleased Ru as now it truly was just his milk.
I gave him slightly more as now I knew he liked it and within 15 minutes of him getting into bed he was asleep!!!
That wasn't all, he didn't wake up till 6.30 the following morning! 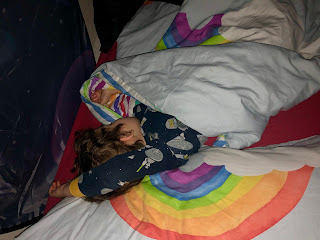 We have now finished up the three bottles we were sent and each night has been a success.
Sleep Well Milk will be added permanently to our shopping list.
I can't say that it will work every time but I'm more than happy to keep trying my luck with it.

You can buy Sleep Well Milk online here and in selected Sainsbury's stores.
Not suitable for children under 12 months old.