For Ru's 6th birthday, his Nana and Gramps bought him an insect lore butterfly garden with ten caterpillars.
All the other three boys have had their own so it was nice for Ru to be able to do it at a time where he'd be really interested in them. 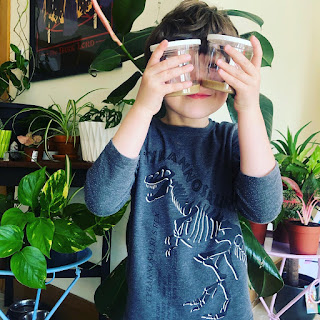 Over the past few months he has developed a fear of bees and fly's which has increased in the last few weeks where he has been scared to go into the garden alone in case he sees one, so we were hoping that this may help break the fear of insects and bees.... fingers crossed. 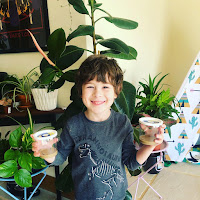 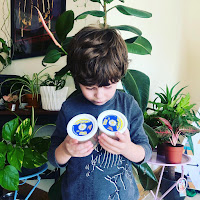 As soon as his caterpillars arrived he was taken with them, though as soon as they started to double in size he wasn't as keen, but still took the occasional glance at them when he was in the kitchen. 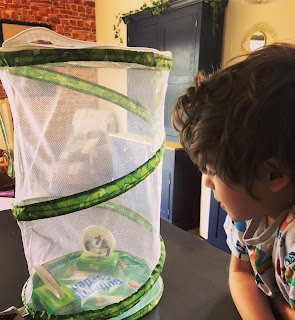 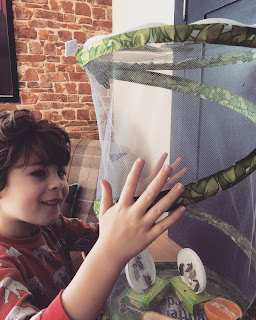 Watching the hairy caterpillars turn into their chrysalides did amaze Ru and it was lovely to watch his face watching them as we transferred them from the pots to the butterfly garden.

Once the butterflies finally started to hatch he was even more amazed!
Though he wasn't a fan of the blood and did worry they had died.
After I explained that's just what happens, he was a little more at ease.

Out of our ten caterpillars, we had nine beautiful painted lady butterflies.

Disaster struck as we were about to head out to the boys socially distanced martial arts lesson when I found the butterfly garden on the floor in the kitchen...Link the killer had spotted them and jumped up and knocked them off where I had put them (somewhere, where I thought was out of the silly cats way) killing one in the process :(

I thought now was the time to try and set them free, to save anymore harm coming to them, but with time running out we only set one free, Ru didn't really want to hold any surprisingly as the past few years he has been obsessed with trying to catch butterflies in the garden to hold them.
I eased him into holding one but he quickly put it back. 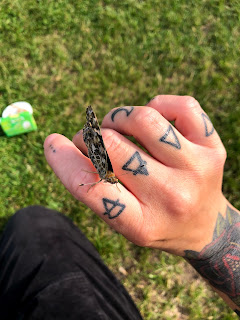 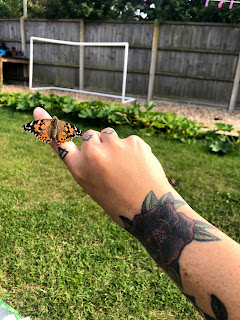 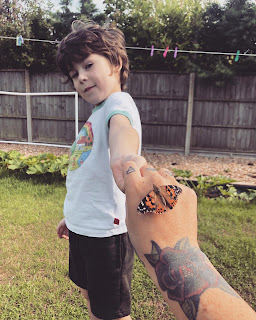 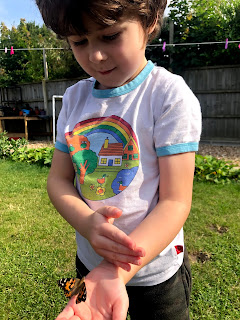 I had to quickly found a new place for the remaining butterflies and took the boys off to their lesson.

The following morning was nice and sunny, so we all headed out and gave the rest of the ladies their freedom.
Some shot off straight away, some stayed around sitting on the boys' hands, though Ru still wasn't wanting to hold them, he was just happy watching them fly off into the sky. 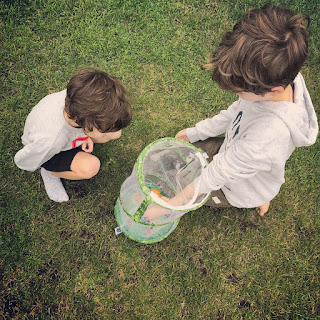 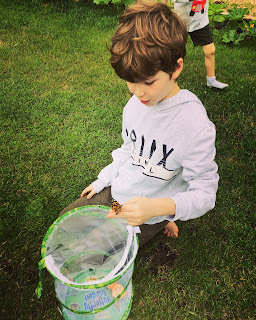 We had one butterfly with a slightly bent wing who we placed within our wild meadow part of the garden and popped onto a wild daisy, and taking my chance I got a bit trigger happy with my camera, and she quite happily sat around and posed for me. 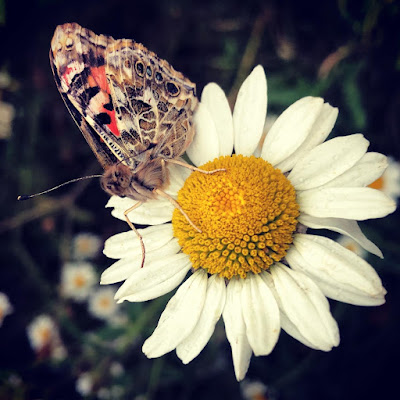 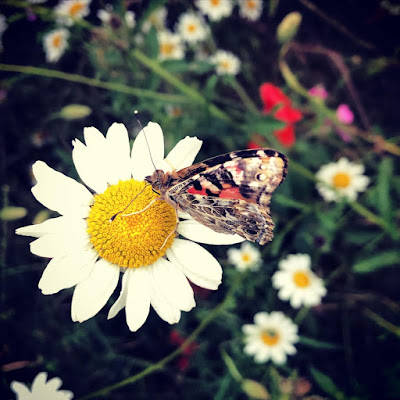 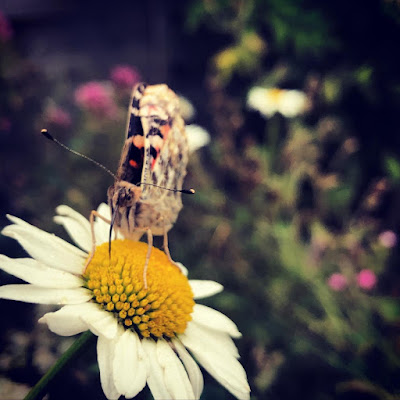 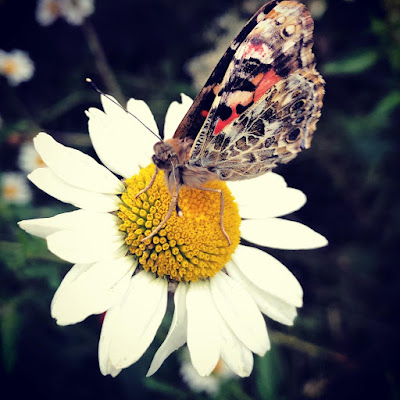 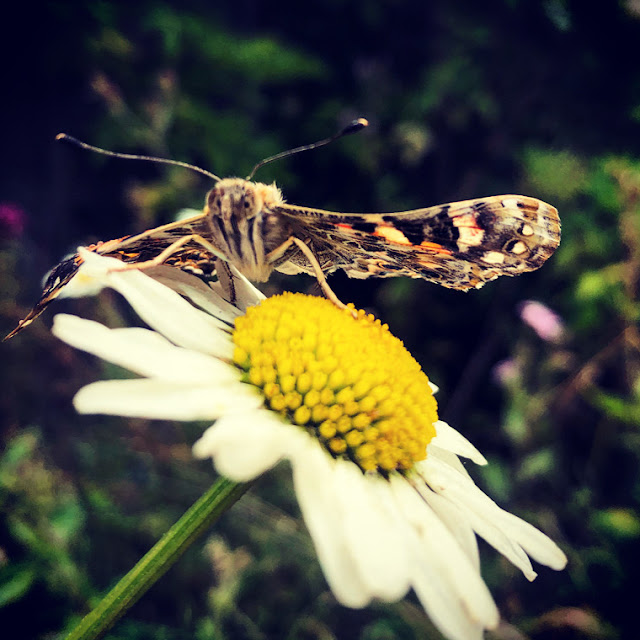 We had fun raising our caterpillars and we'll be doing it again next year!