Since Ru started nursery at school, our 1 on 1 time has diminished and after thinking about how much I missed it, I gave myself a kick up the bum and made myself do something about it.

Now Jon is on the mend and the wedding planning has died down Im making the effort to make sure on the two days that Ru only has half days to actually go out and do something rather than just sit at home and let him play on the iPad.

Last week after I collected him on the Thursday I took him out for lunch and then off to feed the local ducks and have a play at the park. 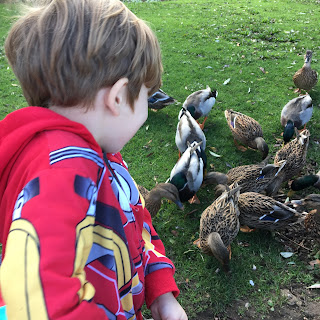 As always the ducks were very entertaining and they can never get enough of our tasty frozen peas.
They get so close that you could just pick one up if you wanted. 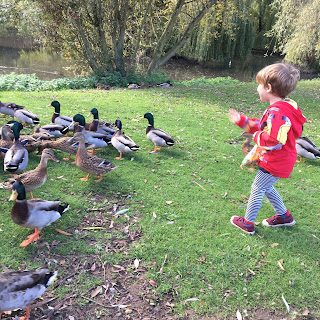 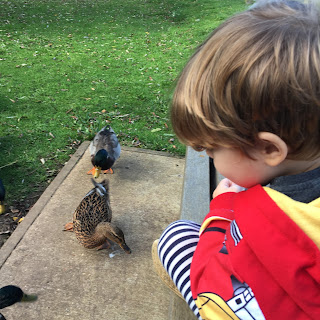 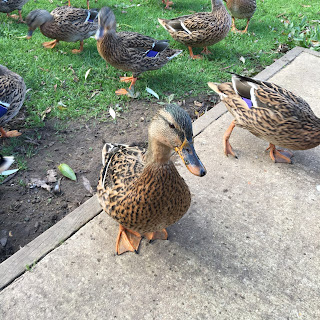 Ru loves throwing peas to the ducks and could quite happily watch them all day.

As we only had the afternoon to play once our peas had ran out we crossed the road and went into the park.

No one else was there so Ru had full run of the park and even the skatepark. 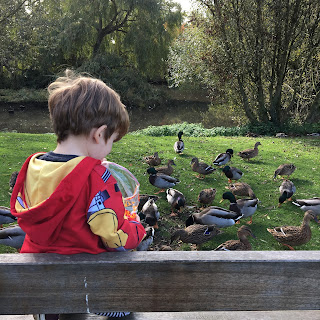 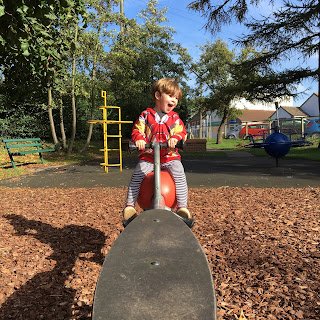 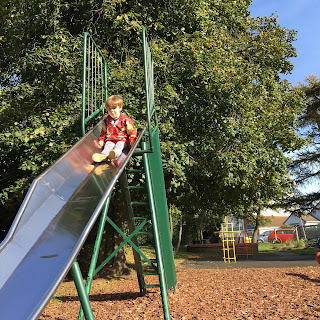 Ru loved going on the swings this time, usually he stays well away.
Every time we go to the park the skate park is heaving so we never get a look in, but this time it was empty so Ru took full advantage.

It's just had a local graffiti artist give it a bit of a facelift and it looks brilliant. 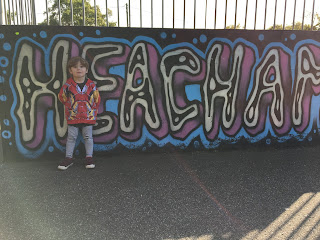 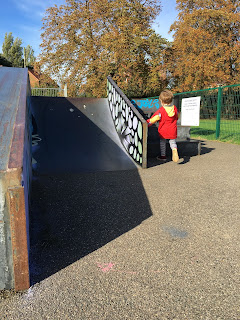 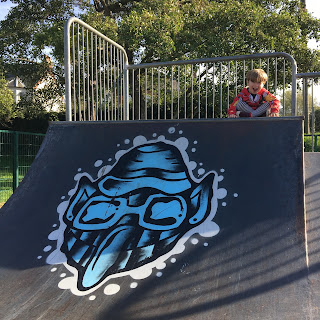 Ru had a great time running up and down the ramps. He did slip at one point but after a hug he was laughing again.

He's just received a scooter in the post to review, so ill be taking him back here to take the photos.

Once the boys all go back to school, ill be making sure to do something with Ru on his afternoons off. 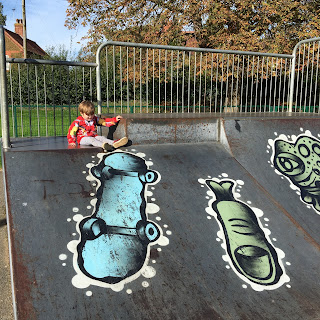 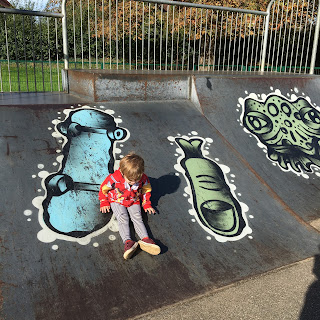