October 26, 2017
Today is the start of the UK Speedcubing Championships!

Ready, set… go!
Speedcubing is the fastest solving of the Rubik’s Cube that you’ll ever see!
Speedcubers can solve the Rubik’s Cube in lightning speed.
Did you know that the Rubik’s Cube World Championships are held every two years?
People across the world practise speedcubing with one goal in common – to set their ultimate speed cube time. 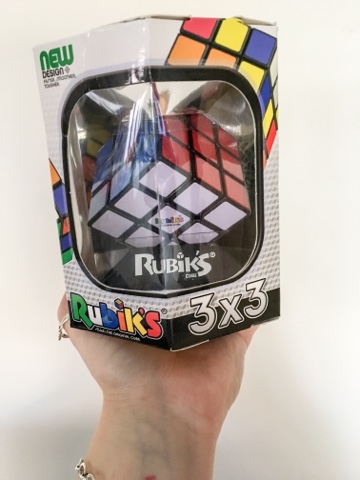 When Erno Rubik invented the cube in 1974, he had no idea if his new puzzle could actually be solved. In fact, it took him over a month to solve his own cube.
Fast forward to the present day and the time to beat is an unbelievable 4.69 seconds!
That amazing time was achieved by Patrick Ponce of the USA.
Unsurprisingly, robots are even faster, easily beating Ponce's World Record.
A robot solved the Rubik’s Cube in 0.637 seconds!
Speed cubes are becoming lighter, slicker, faster – who knows what the next Rubik’s Cube World Record will be? 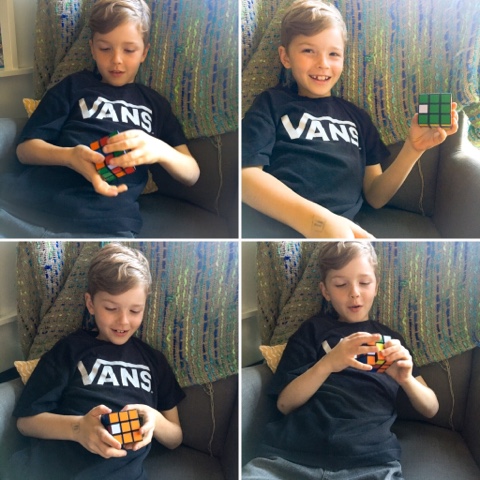 Noah decided to give Speedcubing a go ...... unfortunately he's still trying!
So I don't think he'll be breaking any records just yet.
We started on a brand new 3X3 cube and I mixed it up for him and gave it to him, with him beaming with confidence that he'd be able to do it easy peasy!

Well after searching YouTube for the answers, he's still attempting to solve it.
We have managed to get nearly a whole side minus one square.

If like us and you need a little extra help in figuring out how to solve the 3X3 cube click here. 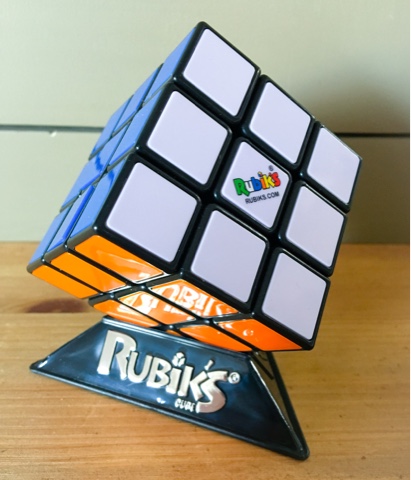