One of the first things we noticed when we moved to our new house was that on the main turning for our road was a little brown sign pointing the way to the local Sea Life Centre.

We knew once we'd settled in and after Christmas had been we would head over to check it out.

I took the boys to London SeaLife in the summer for a review but because it was so busy it just wasn't that enjoyable for any of us, so we were hoping this one would be a better experience for the boys. 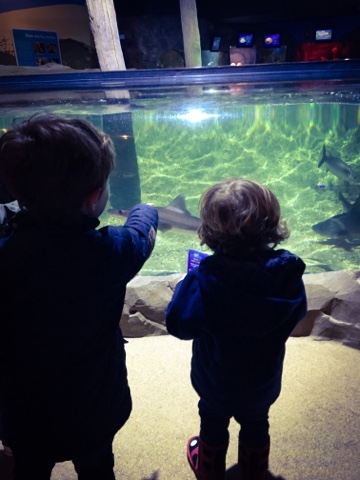 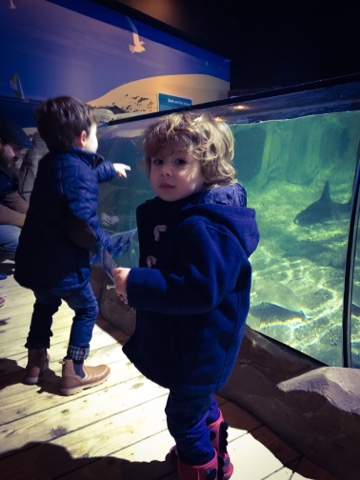 It was great as soon as we got in, the staff were friendly and it was pretty empty, which was good as Ru was in one of his mood where is someone touched him he would scream bloody murder.
The twins were on his attack radar, so they got screamed at more than id like to admit.
Lucky for us there wasn't a lot of people around to judge. 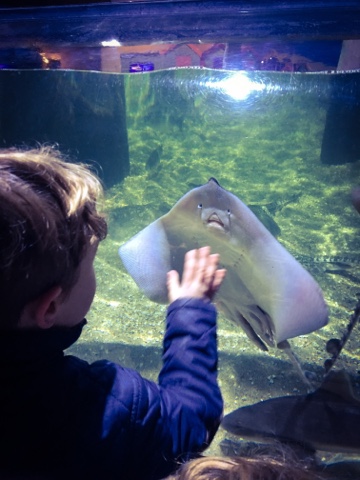 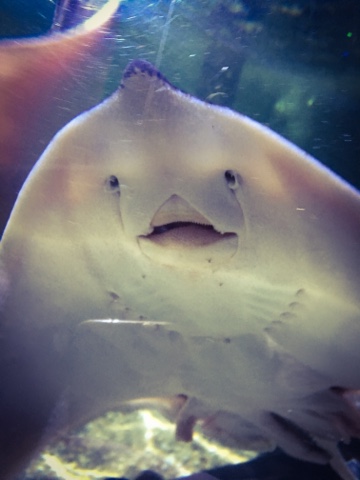 The boys were all able to get up close to the tanks and come face to face with the sharks, rays and giant turtle.
They absolutely loved it.

We were also there just in time to touch a star fish, they all gave it a go and came away with a medal, though I think Noah was the only one who actually gave the starfish a stroke. 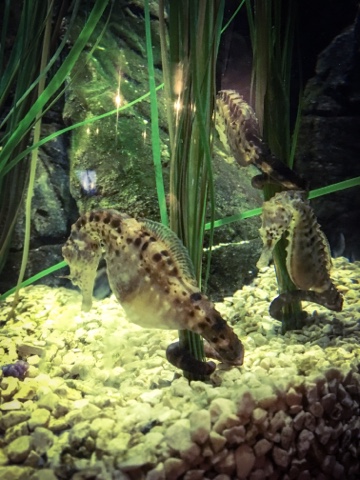 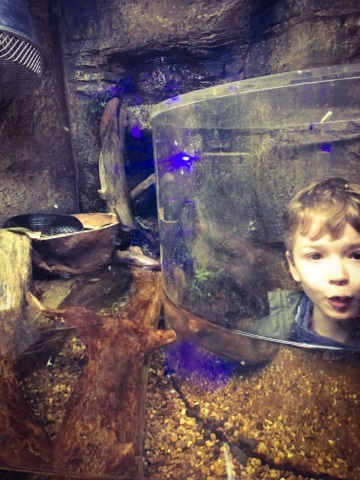 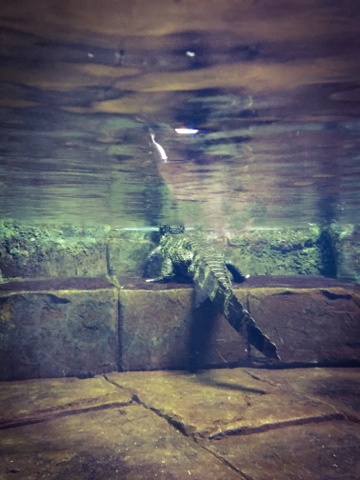 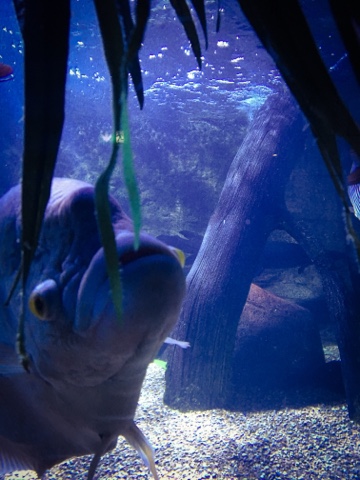 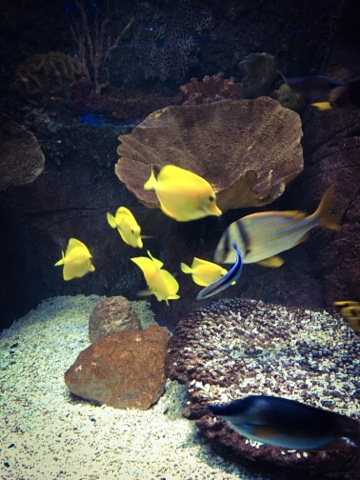 Jon told me before we left (probably to contain my excitement) that they had a Seal Hospital on site.
I literally wanted to run straight there but I behaved like an adult and let the boys lead the way.

I have loved Seals since I was the twins age, for birthdays I used to be given adoption certificates for Seals in Cornwall, one year we even went to visit.

When we lived in Africa, my parents took me and my brother to a local Sealife park and I was kissed by a Seal and my love for the animal grew even more.

So I was in my element when we got to the Seals. 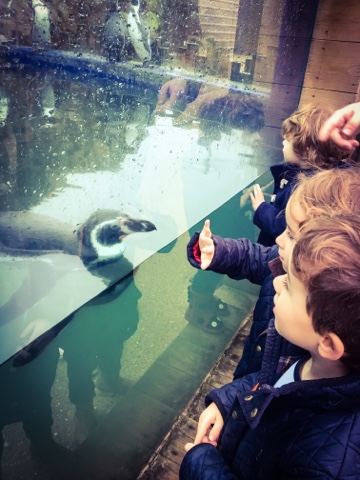 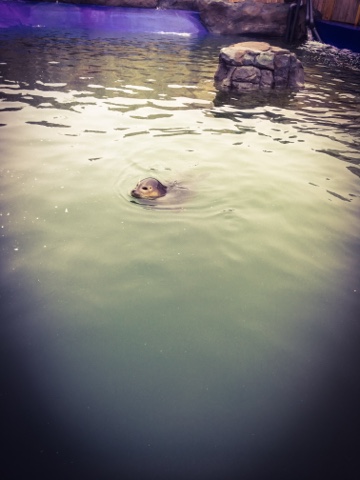 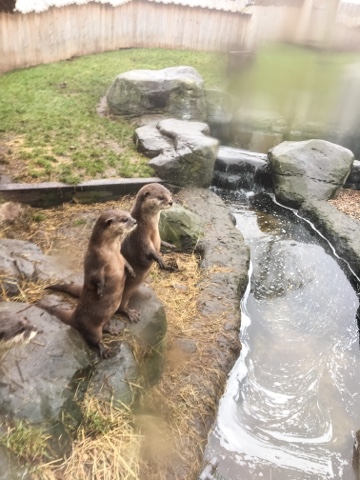 After seeing the Seals, Otters and Penguins we headed back inside to go and find the Sharks and Turtles. 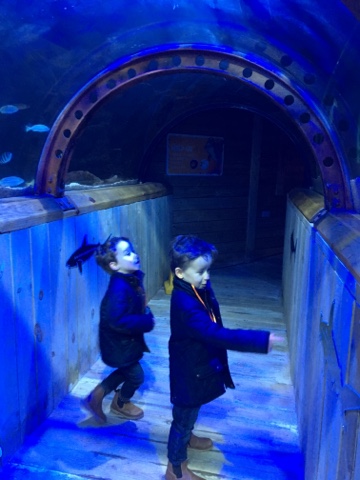 Noah was most excited about the Sharks so was eager to get to the big tank and see if he could spot them!
The giant turtle was elegantly swimming around and Rupert loved watching it swim. 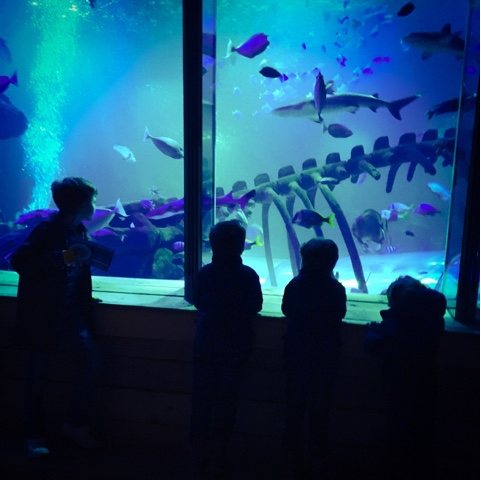 We also managed to complete our quiz and the boys all received a badge on the way out! 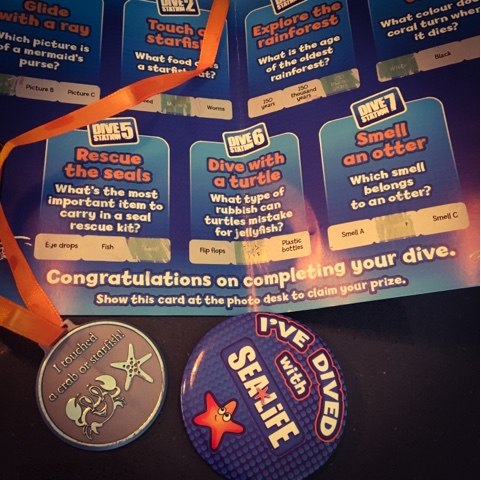 We are planning on buying an annual pass as I know I'll be wanting to go back to see the Seals and it will also give me somewhere to take Rupert once the boys are back at school.