Comfort For Little Ones Peace Of Mind For Parents

As any parent who is lacking it knows; sleep matters. And when it comes to sleep comfort is important, after all with the recommended amount of sleep for children up to six years of age being twelve hours a night, our children spend a long time in their beds. We should therefore take as much, if not more, care about what they wear when they sleep as we do about what they wear during the day.

Panda and Ping is a unique British children's brand.
Created in 2015 by Pippa Millington, a mum who knows what it's like to try and find beautiful sleepwear and bedding for her children; their exquisite collection not only looks fabulous, but feels fantastic too. 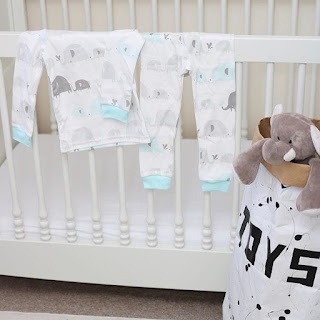 Made using 100 percent OEKO Tex cotton jersey every product in their range ensures a soft, snuggly bedtime; phalite free comfort for little ones and peace of mind for parents. With all products being ecologically sourced from British manufacturers, customers can be sure of high quality ethically sourced and produced goods.

When a baby comes along it's easy for older children to feel left out of the process. Panda and Ping's matching sleepwear provides the perfect solution. With fun vibrant prints in both baby rompers (sizes ranging from 3-24 months) and pyjamas (sizes ranging from 2-9 years) they are one of very few UK companies that make clothes to enable big brothers and sisters to twin with their new sibling.
What makes the range even more special though is that Pippa has really thought about how the needs of babies differ from those of older children, and ensured that they are met. Panda and Ping's rompers have nickel free poppers, an envelope neck, perfect for middle of the night changes, and are footless, making them much more suitable for crawling babies than traditional sleepsuits. 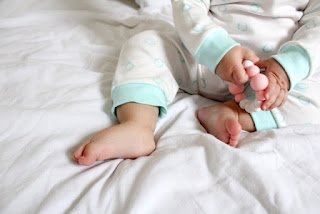 I've been a little quiet on the blog for the past two weeks, due to a few reasons.
One of which is Rupert has chickenpox!

My youngest and first to catch them.
None of the others have had it yet, so now as Ru's start to scab over I'm on spot watch on the others.
I'm dreading Noah getting them as I know he'll be the one to make the most fuss. 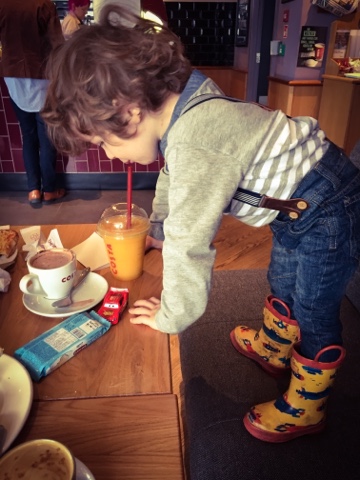 Ru was pretty grizzly to start with but if I had a stream of snot running down my face all the time I think I would be too!

I was given lots of suggestions from lots of lovely mummies over on Instagram, I made sure I had some tricks up my sleeve to help deal with the itch when it came!

What I used -
Boots allergy relief for ages 1 and up
Oats, which I made into bath bombs with a pair of old tights. Then every bath time he had an oat bath which is meant to help sooth the skin.
Virasoothe!
This was amazing, Jenny came over on Monday and suggested I try it as her mum recommended it.
it cost around £8 and I found it in Sainsburys.

Instantly after the first use his spots looked less angry and he stopped itching completely! 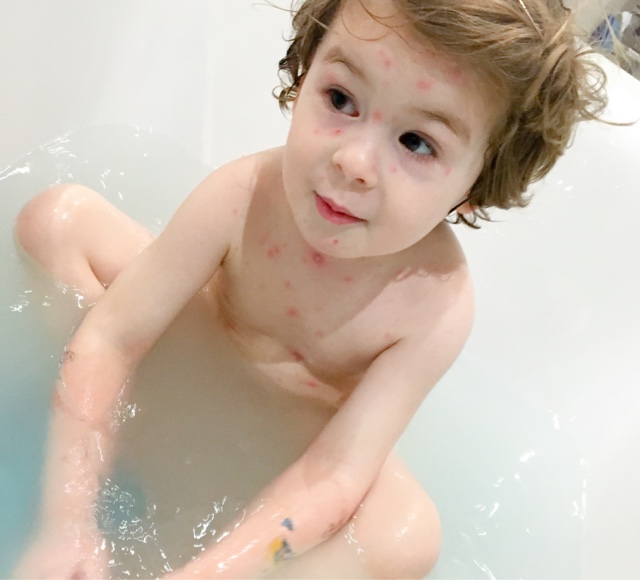 Most of his spots are now starting to scab over so hopefully by next week he'll be back to normal and back to nursery.

Even with him having Chicken Pox, I stuck to his new bedtime routine and made sure he was asleep by 8.
Most nights its worked, but he is still getting up at 10 to get into my bed.
A few times I have tried to get him back into his bed, but then that only works for an hour and then he's up again.

Once he's full better I think ill be giving that another go and will be trying my hardest to stick at it. 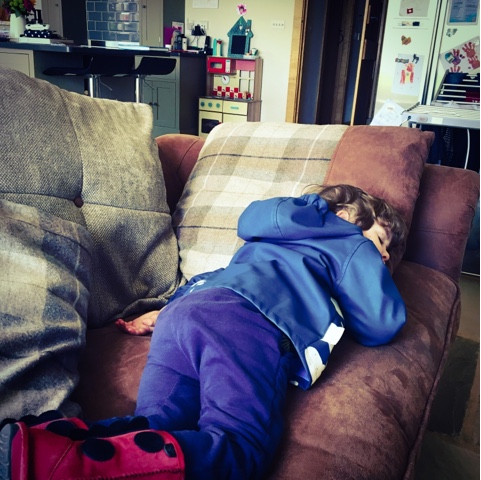 Last year was the year of the Num Noms, with the collectable, scented craze making its way into households across the UK. 2017 sees the launch of Series 3 and Lights, bringing brand new food themes and funky characters to the shelves, to create even more ways to collect. 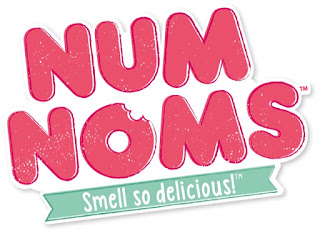 We love Num Noms in the mini beast house and the boys really enjoy trying to collect them all.
We have done a few reviews on them, which you can find here.

I've teamed up with Num Noms again to give you the chance to win a very awesome prize bundle! 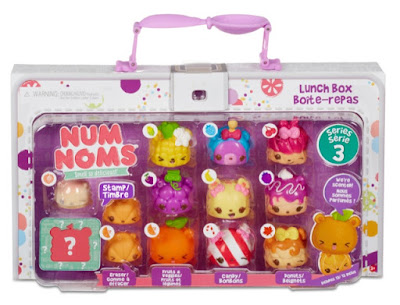 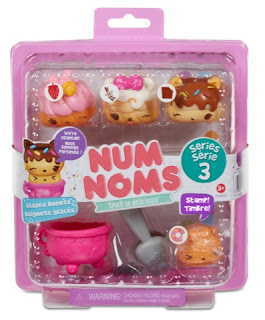 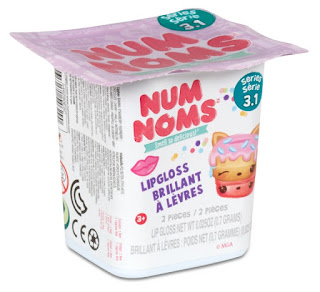 The delicious Series 3 stackables arrive with nine new collections, new themes include Marshmallows, Donuts, Fruits, Veggies, Candy and Fiesta Foods. This seasons Noms are either erasers, stampers or dual-flavoured lip glosses, and of course they all smell so delicious.

Available within Series 3 Mystery Pots, Starter Packs, Lunch Box Deluxe Packs and Surprise in a Jar, the uniquely scented characters have never been more fun, with so many ways to collect.

The lip-gloss range has also expanded, with duos of flavours such as Straw-Nana, Peachy Pina and Mintberry now being served!

a Rafflecopter giveaway
T&Cs
U.K entrants only,
Ends 09.04.17
Winner will be picked at random,
Winner will have 48 hrs to reply to my email, before another winner is picked.
Entrants are required to do each of the rafflecopter's options.

The Joy Of Sleep: Simple Tips For Sleep-Deprived Parents

For many parents, nothing is more of a challenge than trying to muddle through the day on a serious lack of sleep. Even if you’re blessed with children who sleep through from an early age, it can be rare to get through a week without at least a few disruptions. It can also be all too easy to get used to a lack of sleep, which makes adapting to a ‘normal’ routine tricky. If you’re a parent craving a good night’s sleep, here are simple tips to try. 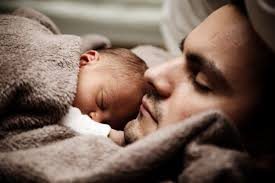 Adopt your own routine
As a parent, you’re probably used to routines, but they usually involve your kids. You probably focus all your attention on trying to get your little ones into a regime and don’t think twice about your own. The truth is that sleep routines aren’t just for kids. Your body has a clock, and if you can get used to a pattern that suits you, this will be hugely beneficial for your health and wellbeing. If you’re one of those parents who finds themselves drifting off on the sofa in front of the TV, start going to bed earlier, and be as regimented with your regime as you are with your children’s. You can use a sleep tracking app or simply just work out how much sleep you need, and adapt your timetable accordingly. Try and stick to these times, even if you do get a rare opportunity to enjoy a lie-in.

Make your bedroom inviting and relaxing
Has your bedroom become a second playroom? Is it more of a noisy meeting place than a serene retreat? Many kids like to hang out in their parent’s bedrooms, but try and make this a tranquil place, where you can get some respite after a long day. Socialise with your children in their bedrooms or play together in the kitchen. By all means, have the kids in with you in the morning for cuddles, but try to keep this a relaxing space, especially in the evenings. If you’re fed up of perching on the edge of the bed while the kids sprawl out or you find it hard to get comfortable at night, have a look at some mattresses on websites like John Ryan by Design or take a trip to a showroom and try some different options for size. Make the room more cosy with lamps, cushions, and throws, and try and avoid bringing tablets and phones into your room. Ideally, you want to feel relaxed and calm the moment you walk through the door.

Switch off
This is easier said than done when you’re a parent, but it’s so important. Once the children have gone to bed, do something you find relaxing and enjoyable for an hour or so before you head up to your room. Run a bath, read a magazine or put some music on. Do some sewing, call a friend for a catch-up and chill out in front of the TV. 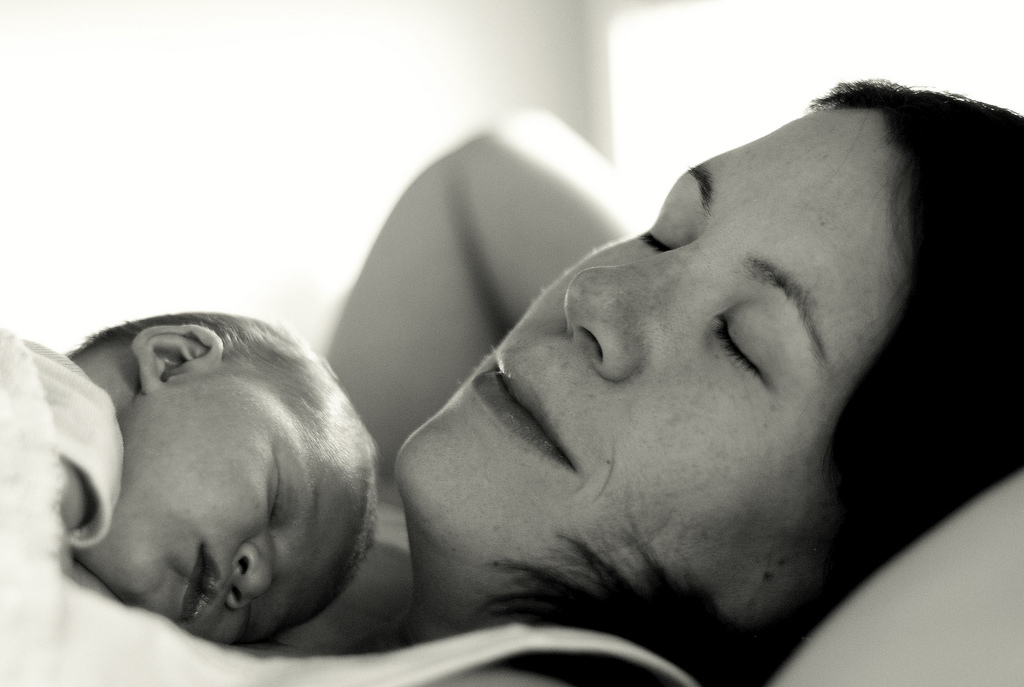 Parenting presents many challenges, including trying to power through the day on limited sleep. If you’re a tired parent, hopefully, you’ll find these tips handy.