I was in two minds about writing this post, as I really really don't want to jinx it....but I'm so thrilled that I kinda have to share it!

We seem to have cracked Ru's sleep issues! 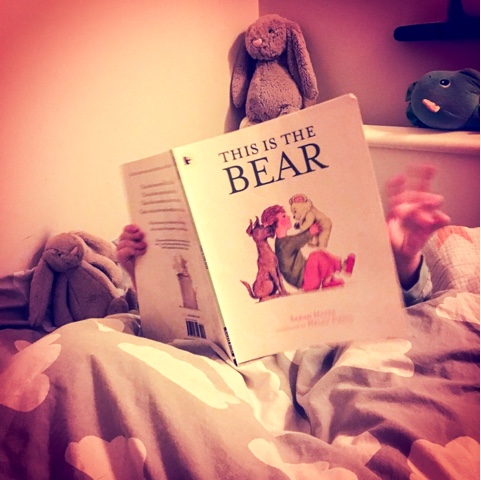 We were hoping for a miracle from the specialist health visitor, but she didn't really have any tips and tricks I hadn't really tried.

So I decided I had to re try one that I tried a while back but completely failed at.
Taking away the screen time.
Rupert has a big love for the iPad and when I took it away before it only resulted in him head banging and just getting completely out of control.

I tried a new way to combat this....whilst Ru was in the bath at 6, the TV turns off and we hide the iPad whilst he's not looking.
After the bath he'll ask for it but we then tell him its broken and we'll get a new one tomorrow.

This little white lie has worked and you can see him thinking about it, he'll then re tell us its broken and that he wants a blue one tomorrow.

I will then take him into his room at 7 and read 'This Is The Bear' and then he will re-tell it to me and then we'll turn off his moon light and sing incy wincy spider about 20 times and then by 8pm he is
ASLEEP!

He will wake around 11/12ish but he'll come and get into our bed and go straight back to sleep.
I am no longer laying on his floor and stupid hours of the night willing him to fall to sleep.
The iPad no longer rules our life, we're no longer afraid of it running out of battery.

We can relax a little.

This has been going on for a whole week now.
We've got our evenings back, he's in a better routine and the meltdowns aren't as crazy.

I don't mind co-sleeping with him, a kick in the leg/face/tummy is far better than laying on his floor wanting to cry my eyes out.

It's opened my eyes to the power screen time has over a child.
I swore till I was blue in the face that I had control over it, but I don't think I really did.

I'm hoping this stays like this and I know for sure that I won't be changing the no TV or iPad after 6pm rule, as even the other boys are doing well without it.

To be honest, the last few days the tv has rarely been on and its so enjoyable not having the constant noise in the background. 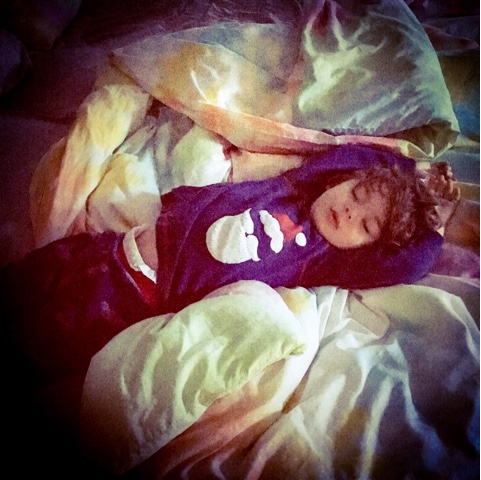