Light & Launch Hyper Loop is a blaze and the monster machines track set that includes a vehicle launcher that spins in a 360-degree loop, sending blaze through 9 different stunt combinations and racing through the finish line! 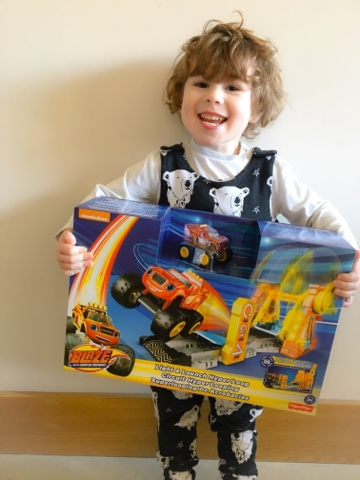 If Ru isn't watching Blaze on Nickelodeon he's watching it on his iPad.
So when asked if we wanted to try out the Light & Loop Hyper Launch I knew I had to say yes.
Anything that lights up and launches cars into the air is always going to be a winner with Ru and when its a character that he loves its going to be a double winner!

The playset comes in pieces but its pretty simple to put together and most part just click together.
It took me about 5 minutes to build. Ru strangely enough was rather patient and sat watching and trying to help out. 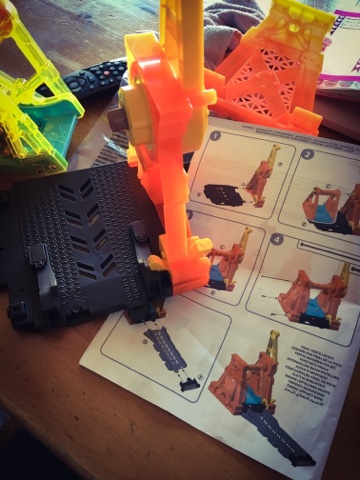 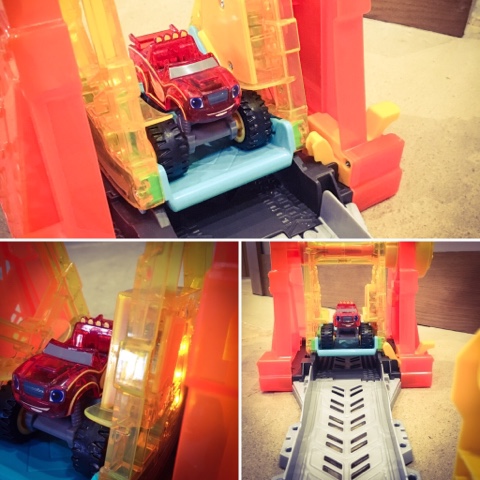 As soon as it was built Rupert was eager to get playing.
Once I had shown him how to turn the wheel, he was happily able to do it all on his own.
He loved watching Blaze fly through the sky.

Ru experimented with the different ramp positions to see what the different results would be, but he preferred it when the ramp was down and Blaze could do a little jump off it.

Ru being the dare devil that he is, had the play-set on the edge of the kitchen table and got Blaze to really fly off the end, he flew so fast he nearly reached the sofa!
I don't think I've ever heard him laugh so hard!

When the twins got home from school, Ru showed them how to operate it and they were very impressed with it, lining up to take turns in pressing the launch button.
Oscar liked lighting up the lights and Alex ever lined a few cars at the end of the run way for Blaze to jump over.
Blaze managed at least 5 cars! 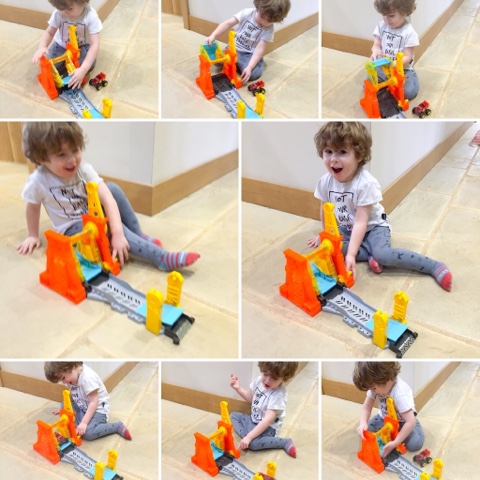 Your child can also attach the light & launch hyper loop to the tunnels that come with any of light rider vehicles, as well as other blaze playsets and accessories.
Each sold separately and subject to availability.
You can buy the Light & Launch play-set from Argos for £24.99
It would make a fantastic birthday present, or even a special present for when your child has done something special.


Ru having fun with Blaze and The Monster Machines Light & Launch Hyper Loop Toy from @fisherprice #toyreview #ukparentbloggers #mummyblogger #fisherprice #blazesandthemonstermachines #playset
A post shared by Hannah (@hannahandtheminibeasts) on Mar 2, 2017 at 6:09am PST