You've Got A Friend In Me // Disney Store 30th Anniversary

A little while ago Disney asked us if we fancied joining in with the Disney Store's 30th Anniversary celebrations!

30 fabulous years of the Disney Store!!! 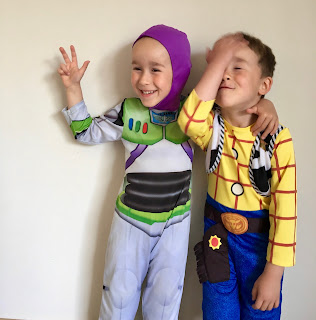 I was more than happy to say yes, I have been a Disney store lover ever since the first time I stepped inside the Croydon Store many many many years ago and have since passed the love on to all the boys.

We were asked to re-create a famous Disney scene from one of our very favourite films ... Toy Story! 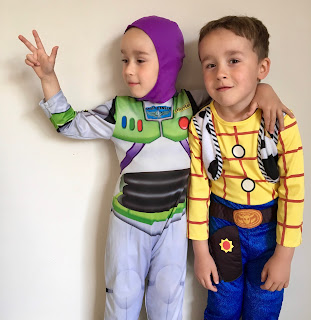 The films have all been firm favourites in the Mini Beasts house, and have also been each of the boys first ever Disney film that they've watched.

Noah used to watch all 3 films constantly and then when the twins were old enough, they then went through the stage of watching them over and over again. Ru, well he still does.

One of Ru's first ever words was Buzz.
Thats how true a fan he really is.

I think I could probably recite all the films in my sleep. 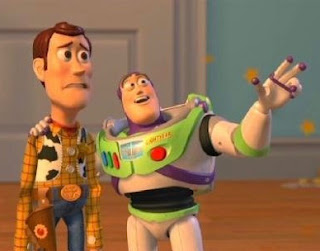 The Scene we re-created was of Buzz and Woody side by side.
The twins loved trying to capture the scene and had great fun dressing up.
Lots of giggles were had. 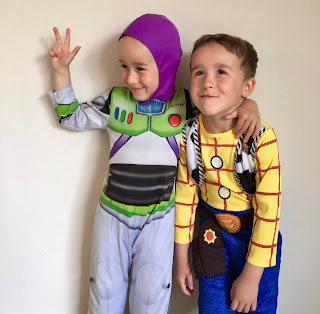 I remember going to the cinema to see Toy Story with my brother and was so excited.
The excitement is brought back every time I sit down and watch it with the boys.

Toy Story is one of the only films I know that the boys will actually all sit down together and watch nicely.
So when I need a bit of peace and quite I will stick that on and if by magic they all hush up and chill out.

I think I would be a little bit lost with out my secret magic power!
So I thank you Toy Story for all the joy you have bought to me and my family. 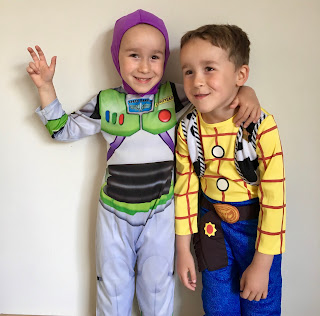 Unfortunately we don't have a Disney Store close to us and I nearly cried when the one in Croydon shut down when I was young, but I always enjoy dropping into the one in Oxford Street every time I'm in London.

The stores are like magic and the boys faces always light up when we step inside. 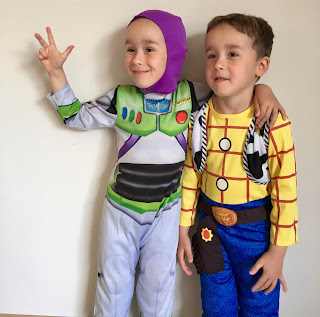 Do you have favourite memory from a Disney Film?