June 26, 2017
It wasn't a weekend filled with excitement but I thought I would share what we got up too.

With Jon's back still healing we are very limited to what we can do, as he isn't allowed to be in a car or walk too far, but we tried to make it as fun for the boys as we could.

We put up our new framed posters in the lounge, we recently had a re-jig in the lounge and are trying to put our own stamp on it rather than have it looking like it came out of the Next catalogue.

So both Jon and I picked one of our favourite films and found a poster ....
Mine is My Neighbour Totoro and Jon's is The Goonies.

The lounge is really becoming how we both want it to look.
One of the best things about the lounge is that there are no toys in there! 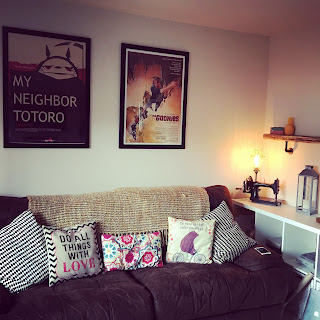 The twins had a party to attend in the afternoon, so I took them off and left Jon with Ru and Noah.
The party was over the road at the lavender farm, so before we went into the play barn I got the boys to take a picture next to the rows of lavender and of course they couldn't pose nicely, they both had to dab... 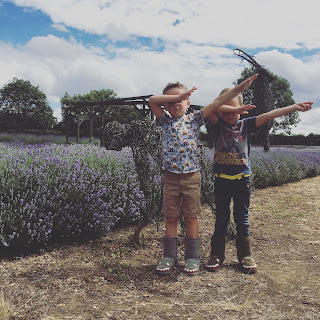 I also managed to get a quick snap of a bumblebee as we headed off towards the barn.
I'm going to have to go back with my camera and see if I can capture some better pictures. 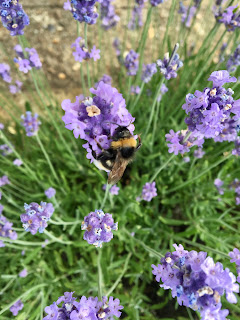 The boys had a nice time at the party and were both ready for bed by the time we got back home.
They ate their cake and goodies from their party bag whilst the rest of us had dinner.
Once the boys were all in bed I cracked on with my cross stitch as I was determined to finish it before we settled down to watch Dr Who. 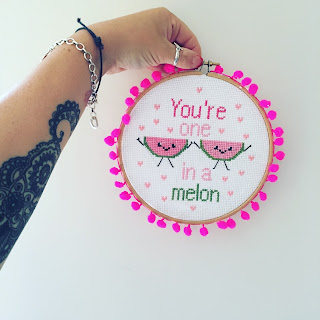 After the morning tidy up, I sat down with the boys and we had a bit of a Lego session.
They had been given a couple of sets for their birthday and Rupert found my Wonder Woman set that has been sat on my bedside table forever. 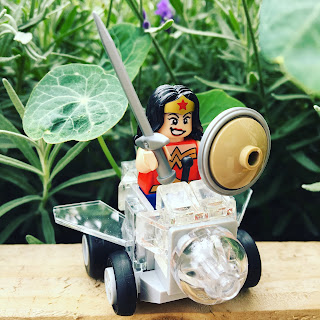 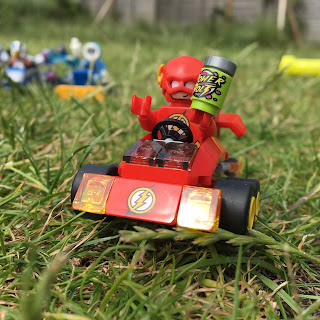 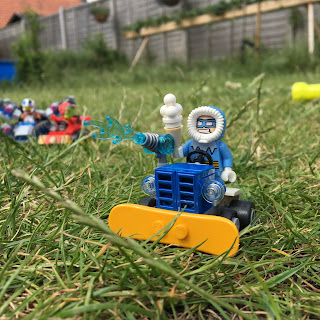 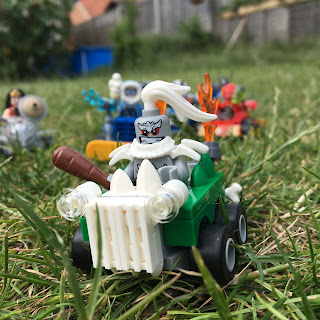 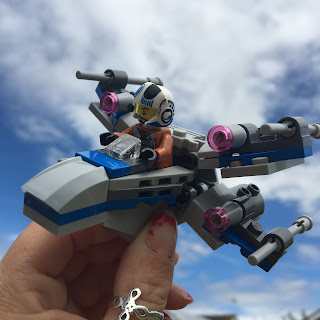 We then sat down and played a few games which I had been sent, but you'll find out about those in another post.

Sam came over and kept Noah entertained and the twins and Ru sat down to watch Goosebumps, one of their favourite films at the moment.

When they weren't playing games with me or in their rooms they were in the garden on their bikes.

Whilst the boys were busy in the garden I decided that I would put up all my cross stitch projects up on the kitchen wall.... 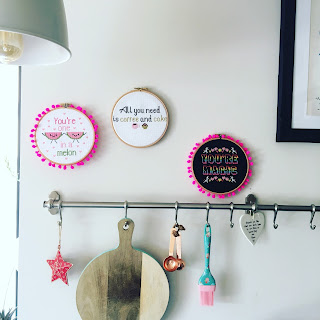 It's a work in progress as I have more kits in the post.
I'm really enjoying my new hobby.

Once dinner was finished and Sam had gone home we sat down and did some homework with the boys.

As you can see it wasn't really that exciting but the boys all had fun just chilling and playing.