Now the craziness of the wedding planning has calmed down and I've caught up on some blog work I thought I'd fill you all in.

It's been one hell of a crazy month! 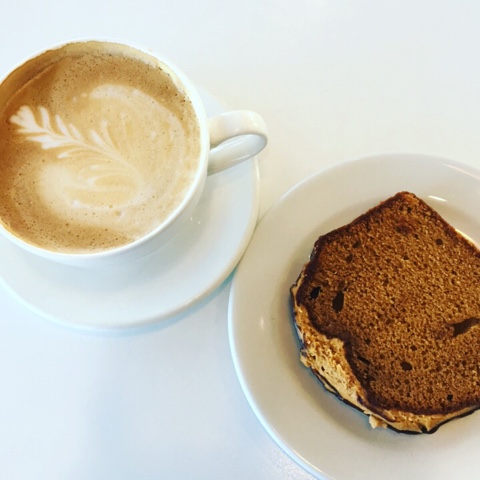 The Tuesday after the boys had all gone back at school after the summer holidays started with Jon deciding he was going to clean the kitchen windows at half 7 I the morning .... he managed to do one door before he tore one of his already damaged disks.

Which made his whole body cramp and him fall to the ground.
(At the time we had no idea what had happened.)

I was upstairs getting ready to get the boys to school and Oscar ran up to tell me 'Daddy had fallen over and he needed me to help'.
So I flew down the stairs to find Jon outside on the patio unable to move.

Now I'm not the strongest person in the world and was completely scared to move him or pull him to hard I wanted to call an ambulance but Jon insisted he didn't need one.

I managed to help him onto his side whilst I stuffed pillows under him and covered him in a blanket.
I'd called his parents who were still in bed at the time to ask them to help.
I even called Jon's sister to see if her husband was about to help me try and get him inside.

The minutes passed by slowly, with Jon still on the floor and me begging him to let me call an ambulance.

It a fit of fear and tears I rang my mum for help even though she's in Surrey, but she's my go to when I need medical help and I told her what had happened so she gave me some tips on how to help him which I did but none worked.

Jon's parents arrived 20 minutes later and then so did his sister.
As soon as his dad saw him he got on the phone to the ambulance.
Jon was no longer in control and I could slightly relax a little.
I know I should have taken control but I was in a bit of shock myself.

Thankfully the boys kept themselves busy playing on the Wii and Noah hid away in his room.
Noah is the sensitive one and knows when it's best to keep away.
Jon has a long history with his back and unfortunately Noah knows all the nasty side effects it can have on Jon.

The boys were already late for school by now but as the ambulance was on its way and Ken and Helen their to stay with Jon I practically ran all the boys to school and back home again.
The schools were all very supportive and told me they'd keep an eye on the boys incase they became upset.

It took a well over an hour for the crew to get Jon up from the floor outside to a chair just inside of the kitchen, using gas and air.

Once inside he eased up a little and the ambulance crew arranged for our local doctor to come out and see him.

Hours later still sat on the same chair the doctor arrived and prescribed Diazepam.
Jon was starting to get uncomfortable and needed to get to the lounge to sit in his chair which gives him more support for his back.
So it literally took myself and his parents over an hour and a half to help him walk him from the kitchen using chairs as supports to get him into the lounge.

Once their he decided he'd have a sleep on the sofa.... little did we know that when he woke he'd be in the worst pain of his life..

I again left him napping with his parents whilst I went and collected the boys.
Once home I found Helen stood in front of the living room door telling me not to let the boys see daddy.
He'd woken up and his whole body had cramped up.
The only part of his body he could move was one eye.

We re-called the ambulance and then the rest of the night was a bit of a blur.
Two ambulance crews, one car crew and then eventually the air ambulance crew.
Our living room was buzzing with machines bleeping and crews all trying to think what was wrong and how they were going to move him.

They pumped him full of a cocktail of drugs but eventually ended up knocking him out with Ketamine and then shuffling him off the chair and getting him onto the stretcher.
Then it was the slowest ambulance journey ever, even cars were over taking even with the blue lights flashing.
Any sudden movement would send Jon into shock, so they really had to take their time.

Jon spent a further two weeks in hospital after that, having tests and scans done to find out what had happened and drugged up to high heavens on all sorts of pain relief.
It was a hard and stressful week, one that I wouldn't wish on anyone.

(Because the air ambulance crew were being filmed for part of a tv programme which will be aired on channel 4 soon, Jon was filmed. We'll be seeing the footage in a few week .... well Jon will, I won't be able to watch it again and if he agrees it will be aired on TV.)

He's home now but he's still in a lot of pain and can't do much without getting tired.
It's going to take a long time to heal but he's home and he's safe which is the main thing. 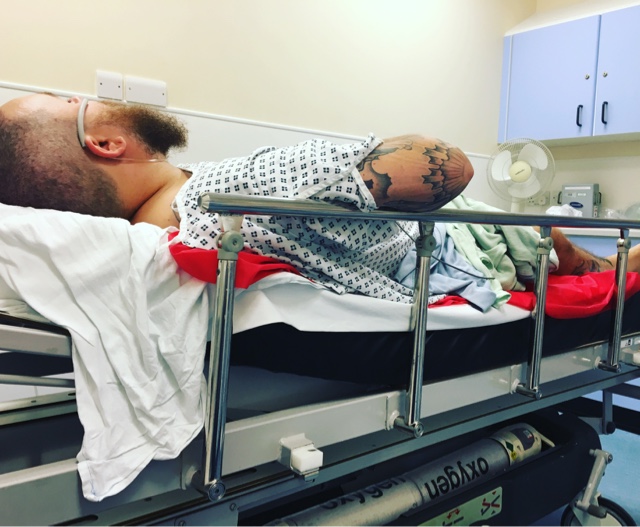 Whilst Jon was in hospital he suggested (whilst on a LOT of drugs) we get married whilst my Gramps was down visiting, which I took with both hands and ran with it!

So since he's been home I've been full on wedding planning bridezilla mode.
Which has taken over everything!
But now everything is falling into place and all the big things have been sorted I'm slowly getting back to normal life. 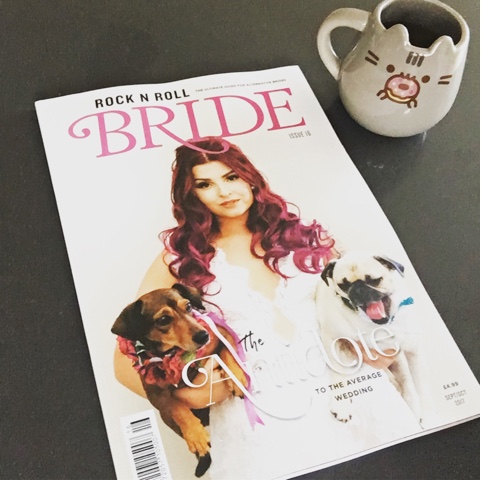 We have our second meeting with Reverend tomorrow to tell her the ins and outs of the ceremony.
Then from then its only a month to go!!! 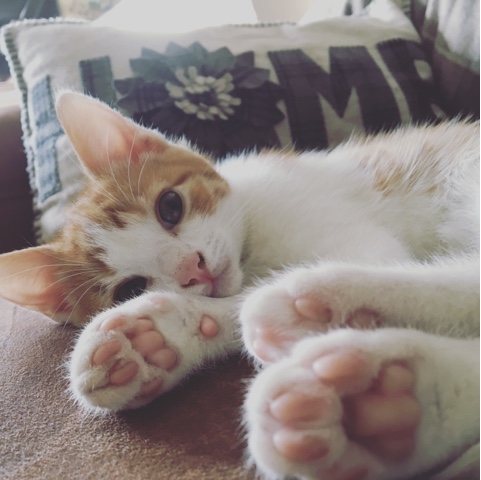 Little Link has really settled into family life and is getting on really well with Ray and has just started playing with Indie. 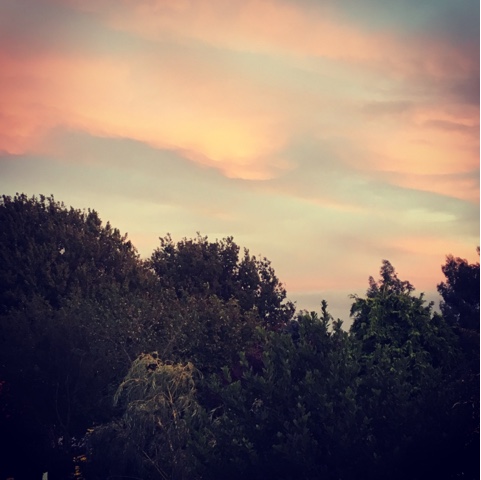 As a little treat I finally got one of my worst tattoos covered up.
10 years ago I got some Hebrew lettering on my wrist in black with some sort of uber crappy shading in red around it.
It was was meant to say Noah (but it probably didn't) and it was just 100% awful.
It only cost £10 so you can kinda guess how shocking it was.
I have been wanting to get it sorted for years but never really knew what I could cover it with as I knew red ink is a pain to cover.

I recently decided I really needed t get it covered as it was just making me unhappy, so I did a bit of research and finally decide on a black rose with a hint of red and after speaking to my tattooist he agreed that it would work.

It's so much nicer and I no longer feel embarrassed about having my wrists on show.
It's healing nicely and I love how the leaves pop out of a long sleeved top! 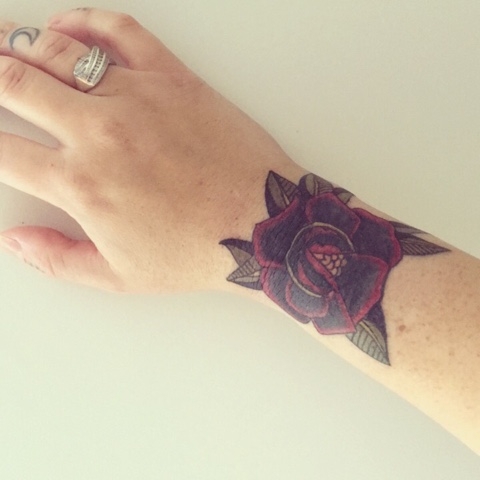