November 01, 2017
Ru has longed for his very own scooter or a long time now and was over the moon when this very awesome SmartTrike T3 scooter got delivered! 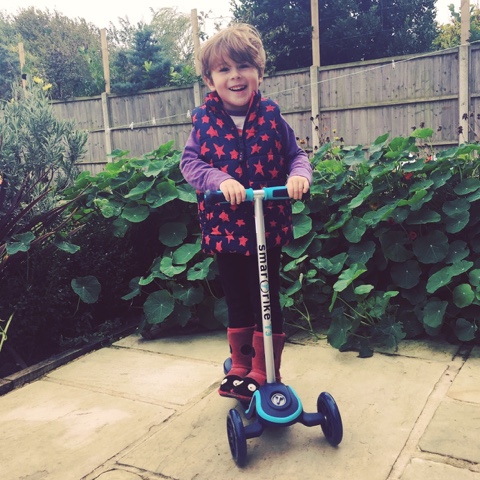 The 2 stage T3 scooter by smarTrike, lets your little one have their independence and freedom to explore new adventures. But it also gives them stability when they need it.
Suitable for children from the age of 2 and up, the T3 has two adaptable stages that help improve
your child's motor skills in a fun and innovative way.

It starts as a three wheeled trike and then when they have learned the basics you can move it to a two wheeler by pushing the two front wheels together. 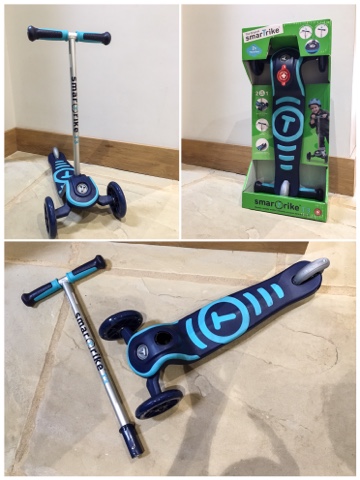 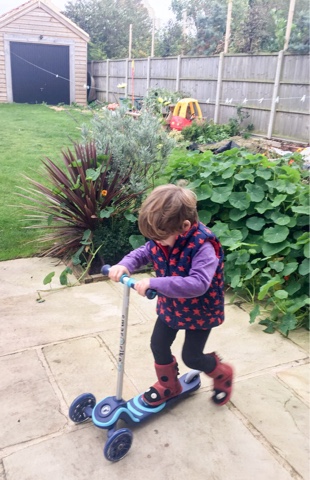 The scooter took two minutes to click together and soon as it was done Ru was off out into the garden to try it out.

He is always trying to have a go on the twins scooters, but they are a little mean and say no. He has attempted Noah's stunt scooter but it's far too big for him and he doesn't get very far.
I was expecting him to take a while to get use to the scooter, but as soon as he stepped on it he was off! 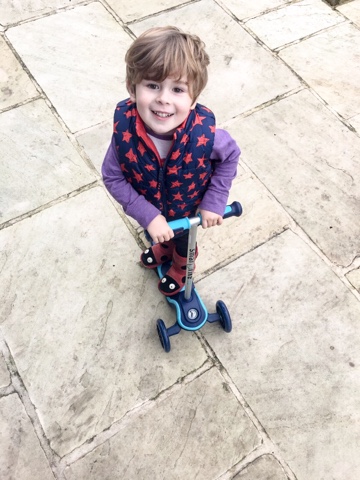 I don't think it will be long until I push the two front wheels together!
He really is amazing on it, he can out scoot me, he can even do little bunny hops.
I'll have to take him back to the skate park soon and let him loose on the ramps. 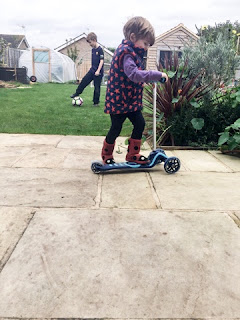 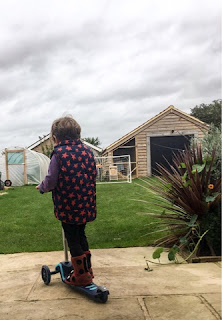 It's a fantastic first scooter and would make a brilliant Christmas present.
Available in Purple and Blue from Argos
RRP £49.99