Hot Wheels Roto Revolution will test your skills in a head-to-head face off with friends.
Challengers strategically launch their Hot Wheels cars into the rotating set.
With perfect timing, you’ll be looping around the set and crashing and smashing into your opponent’s cars in no time!
Last man standing in the loop wins!
Launch into action with this interactive, strategic, skill based track set with the fast action you expect from Hot Wheels. 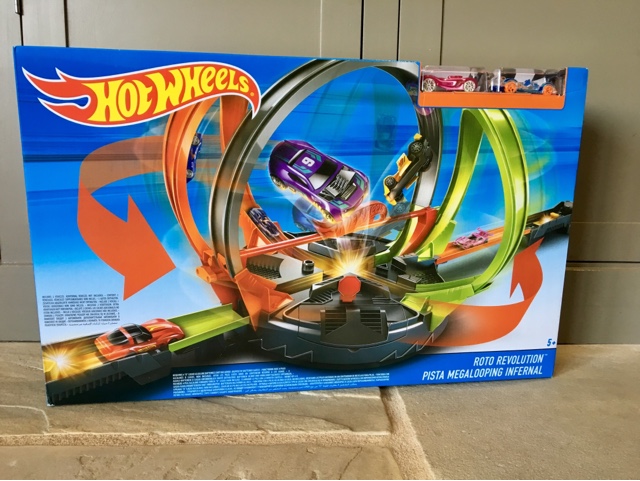 Whats in the box; 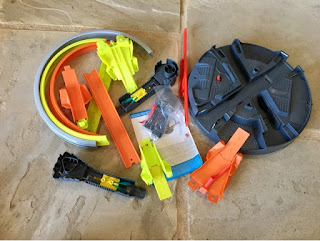 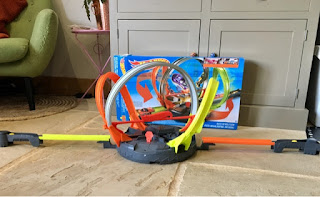 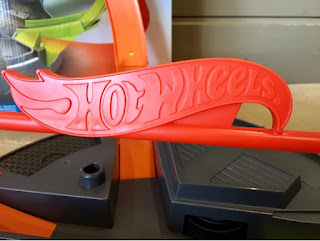 As soon as this track was the built the boys were eager to get racing!
The track really took no time at all putting together, I'm sure Noah could have done this with his eyes shut it was that simple!

It really is the perfect entertainment for the twins, they love nothing more than challenging each other to find out whose the best!
So this track really is perfect for them. 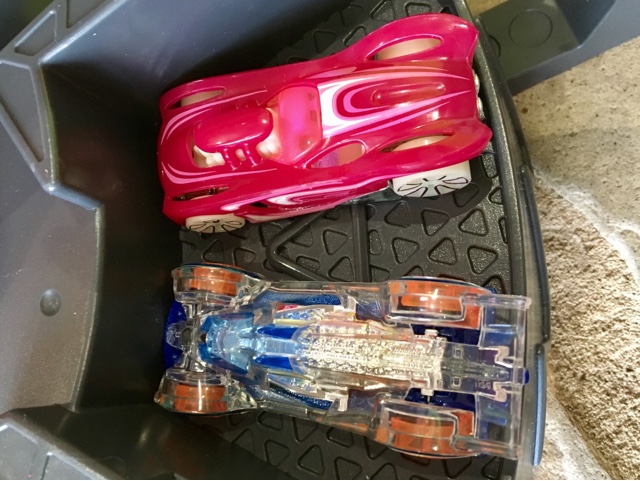 It took them both a few goes, as they just couldn't get their timings right, and would end up missing the slot as the track rotated.

After a few goes Alex seemed to get the hang of it which annoyed Oscar, so much so that he really focused and ended up slamming his launcher just at the right time to get his car shooting around the track and knocking off Alex's car right off the track!

Tears, tantrums and laughter were all part of the experience of playing with this track!
Once the frustration was over the fun began and they sat and played happily whilst I cracked on with Sunday dinner.

After the boys were finished even Ru tried to have a go, but he just couldn't get the car onto the track, but to be fair he was just happy with hitting his launcher and watching the car crash into the track.

I was surprised both twins managed to get their cars to loop the loop without falling to the floor mid loop! 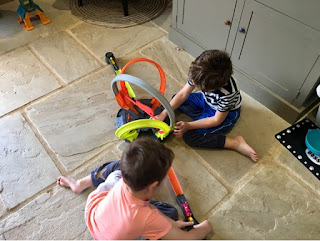 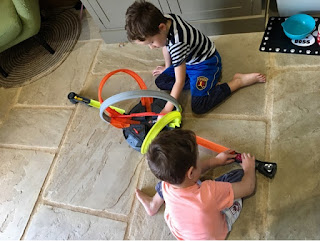 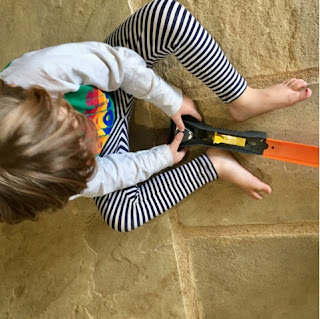 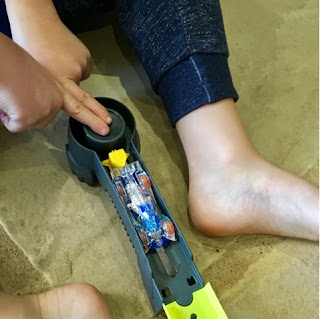 Another toy that would be perfect for twins, as they each get a car and each get to play it at the same time!
This track would make an awesome Christmas present.
Available from Argos for £49.99