We love Rubik's cubes in this house and we are always trying to solve one cube or another.
We were recently sent this 2x2 and I stupidly thought oh this will be easy, I'll be able to crack this one..... 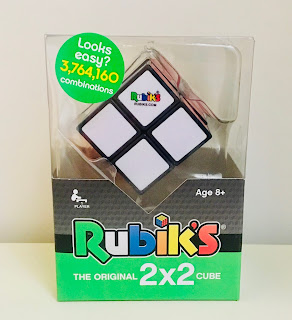 Well, I was wrong and I'm yet to solve it.
Noah, on the other hand, is a bit of a dab hand when it comes to Rubik's cubes and has very nearly solved it! 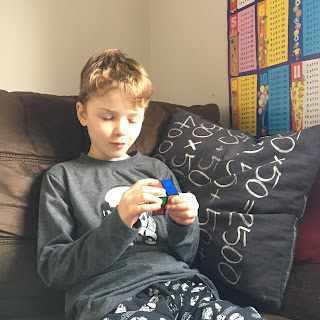 The world’s largest Rubik’s Cube is three metres tall
The smallest is just 10mm wide.
Both turn just like a regular cube.

If you turn The Rubik's Cube once every second, it will take you 1.4 trillion years to go through all the permutations.
(The universe is just 14 billion years old!) 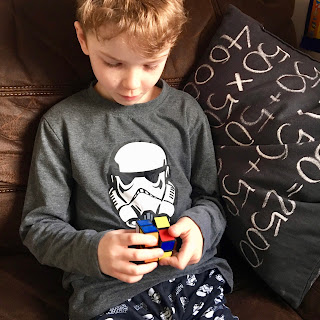 The 2x2 Rubik’s Cube (also known as the pocket or mini cube) consists of 8 corner cubies and operates in much the same way as its bigger brother – the Rubik’s Cube.
As it is smaller than the traditional Rubik’s cube it can be more easily slipped into a pocket or bag, making it the perfect item to take on a bus,

If you do need a little help solving your Rubik's Cube you can find some much needed help over on the Rubik's website here. 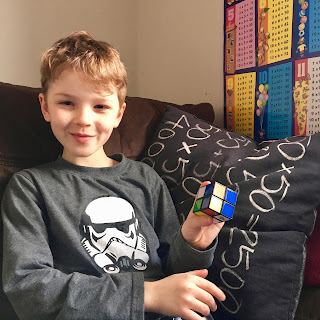 Fancy winning a couple of 2x2 for yourself?
Why not enter my giveaway below.

T&Cs
One winner picked at random.
The prize will be sent on from the PR, iIwill happily chase up missing prizes
Winner will have 48hrs to respond before another winner is picked.
Winner will win two 2x2 Rubik's Cubes.
UK only.
Ends - 16.03.18