March 04, 2018
Saturday was another Snow Day, the boys had pretty much the whole week off due to the snow, so they were starting to tire of it.
Thankfully the post was delivered on Saturday and in our big pile of bills, we had an exciting parcel from University Games. 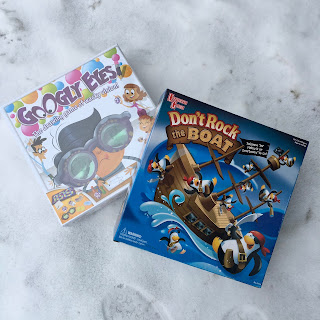 We had already planned on a pyjama day so with the arrival of some brand new games to play we decided it would be a pyjama party!

The boys have seen Googly Eyes all over Kid Tube so were desperate to play it.
We even dragged Daddy into the mix. 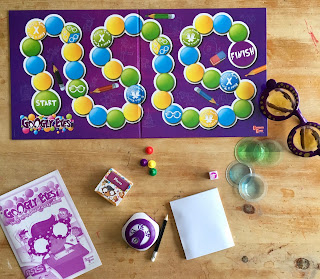 We split into two teams
Me, Ru and Noah Vs Daddy, Alex and Oscar

Be the first team to successfully make it around the board.
Players take it in turns drawing challenges for their teams to guess.
Get it right move on, get it wrong stay where you are.
Each different coloured spot on the board represents the different lenses you have to use.
Blue = Hard,
Yellow = Medium,
Green = Easy.
For each different lens, you have a different time to do the drawing in.
45 seconds for the Hard lens, 30 seconds for medium and 15 seconds for the easy lens.
You have 54 cards (162 challenges).
Players 7+ for up to 18 people. 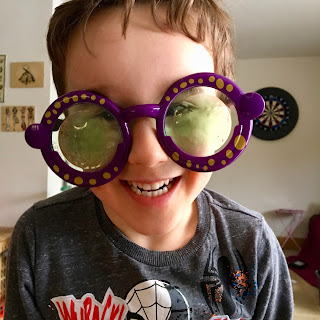 As all the boys minus Noah are under the recommended age, we thought they might struggle but they all gave it a good go and we were all still able to guess what they were drawing.
To help them I would tell the twins what they were going to draw so daddy could guess and Jon would do the same for the Ru on my team. 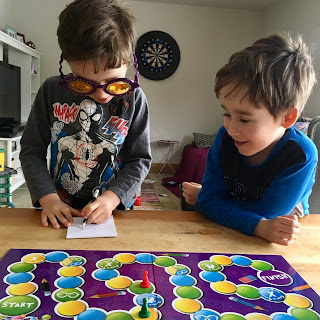 We had such a laugh playing Googly Eyes, and even though are drawings were all pretty shocking we all still managed to understand what they were.
In the end, My team won!! 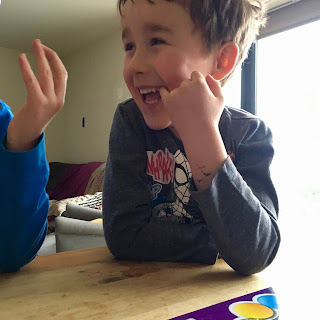 After we had finished playing Googly Eyes Jon and Noah gave up on game time and just left the little ones to play, so we opened up Don't Rock The Boat. 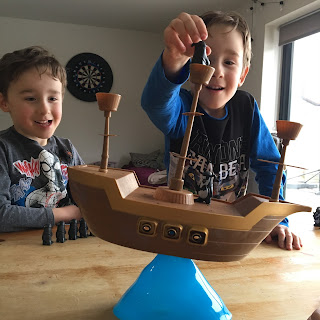 This really is a perfect game for little ones.
It's super easy to set up and its great for them to learn balancing skills.

Rules Of Play,
Take it in turns to place your Penguins on the boat without them falling off. 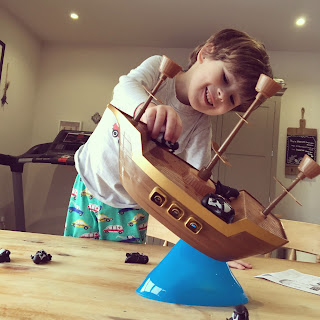 They each had 5 penguins and took it in turns to place them on the rocky pirate ship.

It's not as easy as it seems and it took them a good while to figure out where the best places for the penguins to stand without falling off.
The boys all played really nicely and I was able to get some Uni work done without them fighting over the Ipad. 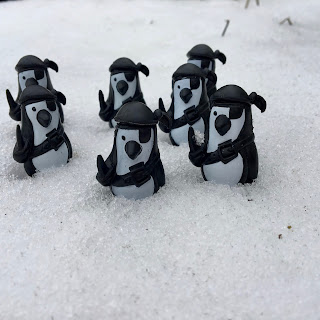 Both games kept us busy for a decent amount of time and made our pyjama day even better and the best part was that Ipad was left well alone and everyone had fun, having fun as a family!