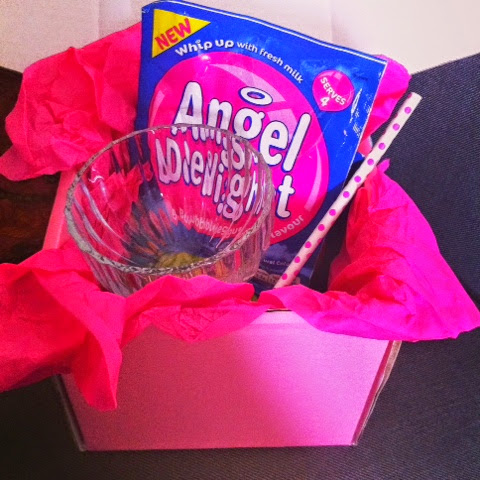 This post is an entry for #AngelDelightMoments linky challenge
I have never ever had Angel Delight - I was deprived from it's goodness as a child and since then I've never had the urge to try it. Jon on the other hand loves it and will eat a whole packet to himself from the bowl he makes it up in *cough*piggy*cough*
When I saw the opportunity to try out the new bubblegum flavour I thought why not!!
Jon was put off by all the pinkness but when it came to eating it he was less than impressed that he had to share it with all of us!
Noah wanted to try it in milkshake form but we didn't have any ice cream so he had to make do with the pudding.
It didn't take too long to make up which is always a nice bonus in a busy household. 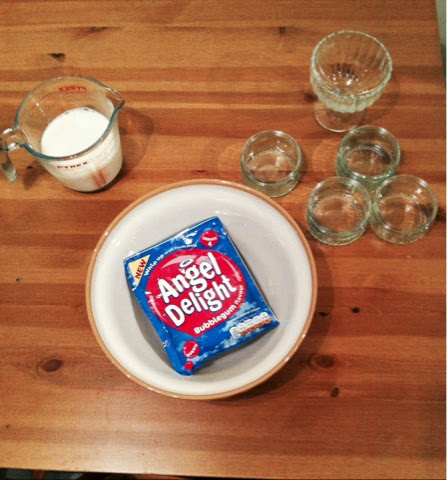 I added fresh strawberries to decorate it and make it look more exciting and everyone loves strawberries.....apart from me so I took mine off before eating and gave it to Noah. 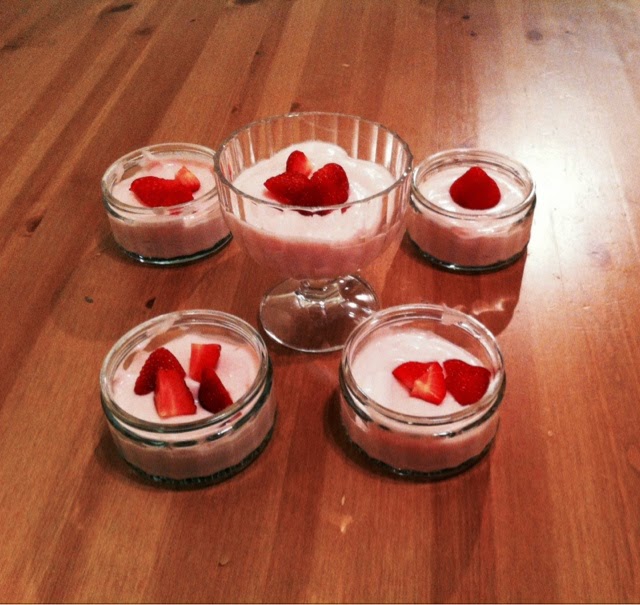 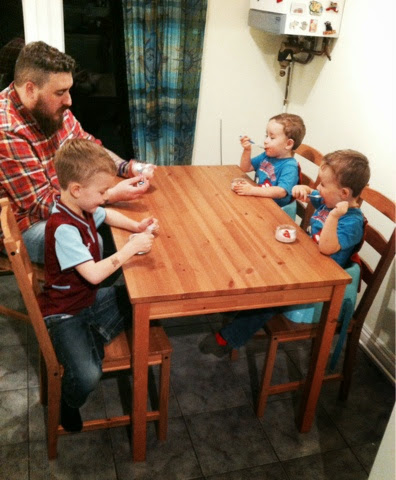 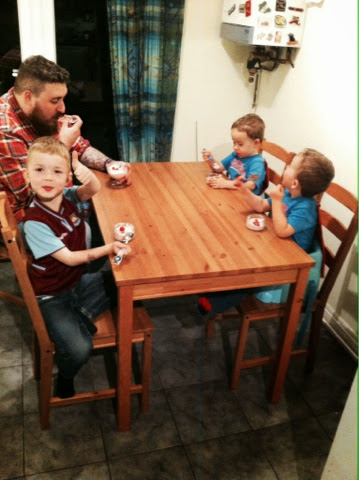 Everyone including myself really enjoyed it. I was actually really surprised by how nice it was. Noah gave it the thumbs up though he didn't eat it all nor did Alex, I think it was too sweet for them but Jon, Oscar and myself gobbled it up.
I will be buying more Angel Delight in all the other flavours specially Jon's favourite which is butterscotch when I next go shopping. It will make pudding night that bit more exciting rather than the usual which more often than not is either a muller corner yogurt or a ice lolly.
Click the link to find  Angel delight on facebook