May 06, 2015
We have had our beloved Ray for 6 weeks now.
He has well and truly settled in, we have had a few moments with him, the worst was where he bolted out the front door and ran off. I found him and brought him home thank god, he's also been a bit iffy off the lead as his recall wasn't up to scratch.
We have been working really hard and it's starting to pay off. This weekend we found a great place to let him off and stretch his legs and he loved it. With a pocket full of treats he came back every time I called him. 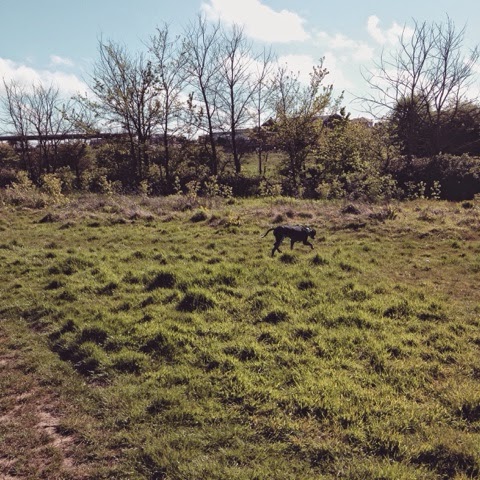 He's a big chewer and if he gets bored he'll chew the boys toys to bits!
I'm still on the look out for destructable dog toys.
He hasn't been one for playing fetch, so I've been working on this by playing every day, some days he'll look at me and walk off and others he'll play for about five minutes.
Today was a good day for playing fetch!
He really got into it and I got some great shots! 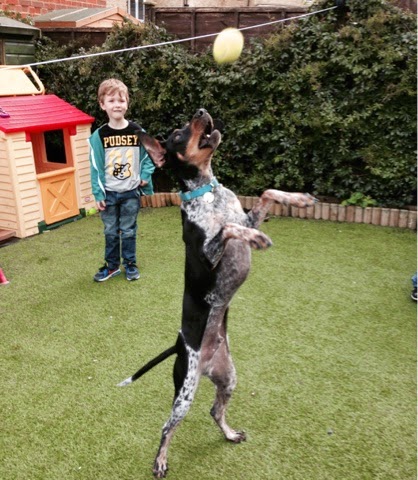 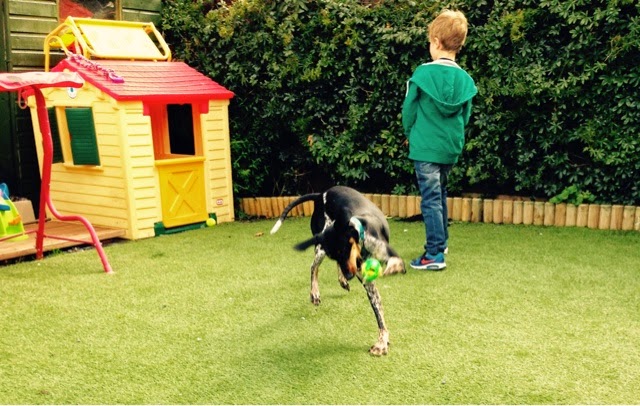 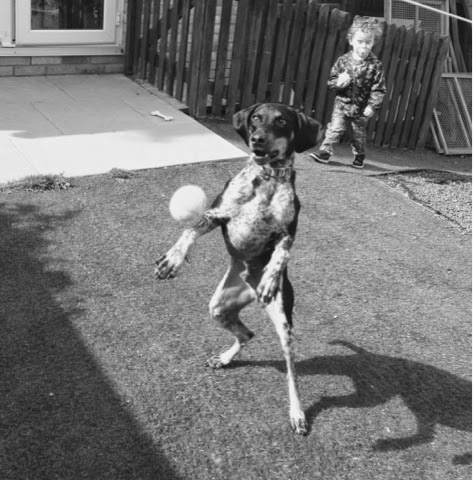 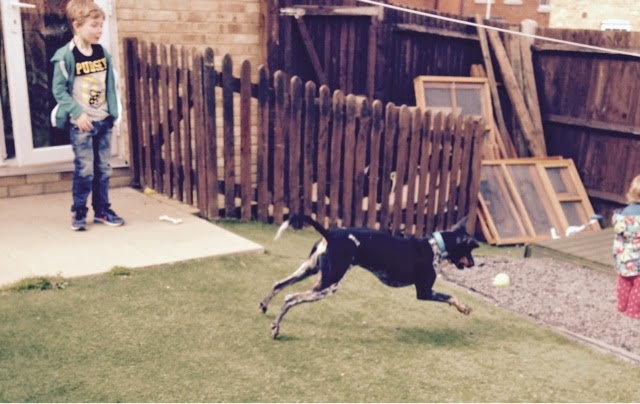 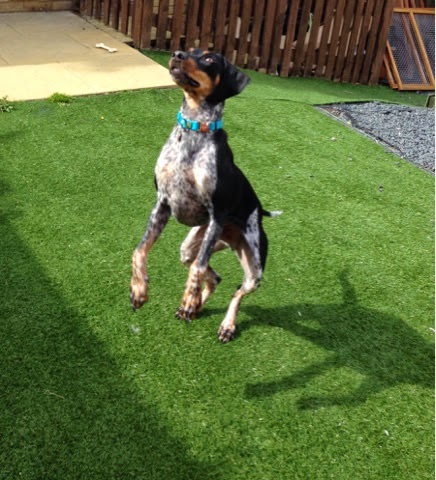 We still think adding Ray to the family was a good idea, some people think we're mad but everyone who has met him understands why. 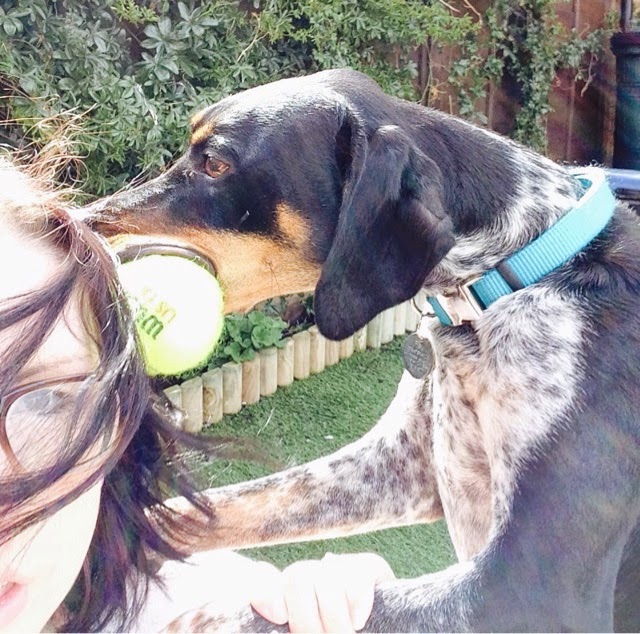