New mum in the playground.

May 07, 2015
When it comes to women in a school playground it is just like being back at school as a child again.
Making friends is hard and people can judge far too quickly.
Women in their little clicks just like the used to be at school. If you don't fit into it they won't bother to talk to you.
Noah has been at his new school for a few weeks now and not one of the mums has said hello. I have said morning to a few but have had nothing back. Only the lovely lolly pop lady will wave and say hello.
On Monday Noah was walking with his friend as we headed back to the car and did the mother acknowledge me? Nope.
Am I bothered? A little yes.
I used to love strolling Noah into his old school and having a catch up with the mums. I really actually miss the mums from his old school,  I still have them on my facebook and we keep in touch which is nice. One is coming to visit in the half term and we have all been invited to a birthday party in June so I'll be able to catch up with most of them then.
The new school is quite small and I'm only really on the playground for about ten minutes a day and the boys do entertain me but it would be nice to have a bit of mum interaction once in a while!
I hate making new friends as I'm rather shy but I am trying to come off as friendly and approachable.
I guess I can't slap them into liking me.
They're  missing out as I am......Great!
Hopefully it will all change soon and they will except me into their little playground chit chats. 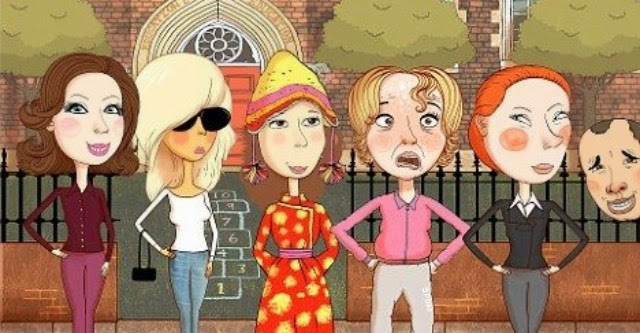