September 10, 2017
Before Noah went back to school he was challenge to design a notebook cover with Gel-A-Peel. 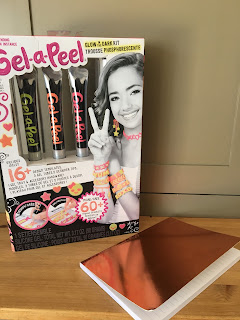 The perfect intersection of fashion + design. Design. Peel. Wear. Share. Gel-A-Peel allows you to express yourself through your own designer creations! 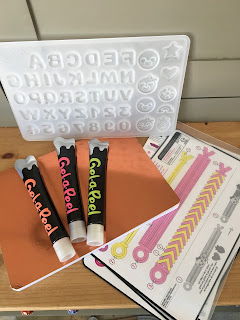 Inside the pack
Noah was also provided a copper notebook which you can find in Primark for £2.50. 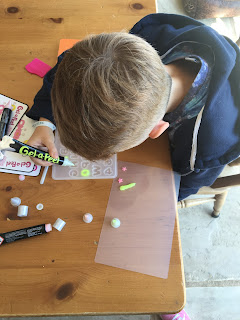 Noah really liked the idea of designing his own notebook cover.
He loves being arty and when he's not on Minecraft or building Lego sets he's at his desk drawing.

He had big ideas for his notebook, first he was going to draw Link from Zelda on it, then he was going to put some wrestler logos on but he struggled at bit with doing really detailed drawings with the pens. 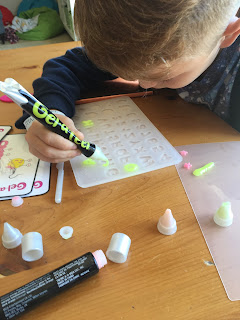 So we let it dry and peeled it off and let him start again.
This time he just went with some doodles.
I showed him it was much easier to do simple designs with the pens and that they weren't really designed for complicated pictures.

He started off with his name and year group, then wanted to do a bit of a Tom Gates design and I he just went to town.
Below is the end result.
He even designed a bracelet using the design template included in the pack. 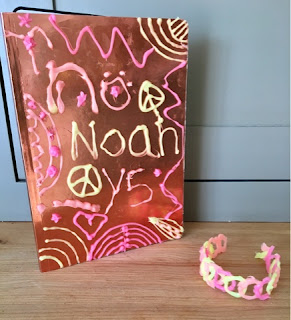 The pens glow nicely in the dark and that really pleased Noah as usually when things say they glow in the dark they barely do!