The boys all love anything to do with Dinosaurs and are pretty big fans of Jurassic World and cannot wait to see the new one (which will have to be once it's available to buy on Sky, as the boy's arent all big cinema fans.
So when I was asked if they would like to try out the brand new Imaginext Jurassic World' I knew instantly they would love too! 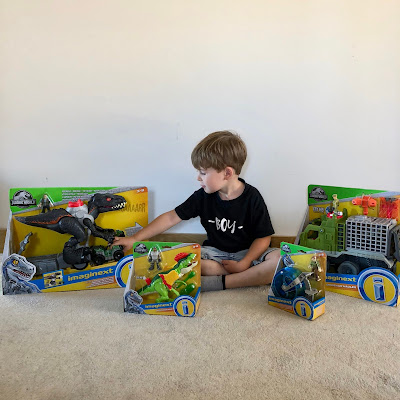 On Sunday Rupert spent the day with his Auntie and Uncle and they took him to a local Dinosaur park!
His love for those scary creatures has just boomed over the past few weeks, so I thought once he was home it would be the perfect time to open up the giant box containing all the Rawr-some dino treats from Imaginext. 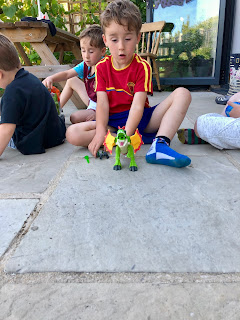 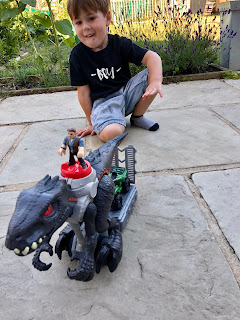 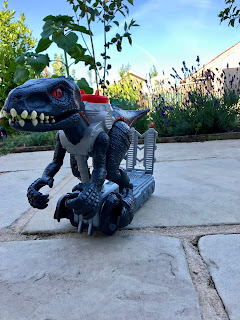 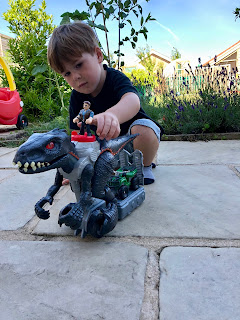 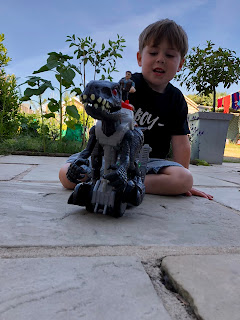 Ru chose the giant walking Indoraptor as his toy and ran off into the garden to have a play, he thought how she chased after Owen was amazing he kept telling me she was a magic dinosaur!
He kept trying to out drive the Indoraptor but she kept right on his heels.

The other's were soon outside playing alongside Ru and diving deep into their very own Jurassic World. 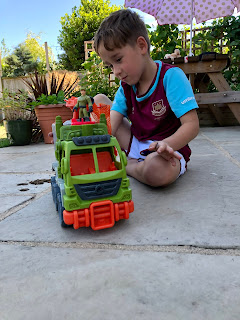 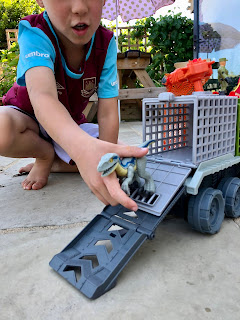 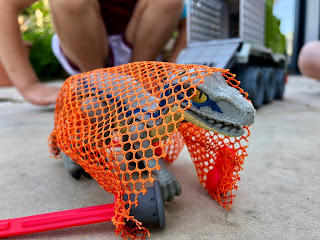 He decided his Dinosaur was the Dino which is called Blue in the first movie (forgive me if he's wrong) and he loved making her attack his figure and found all sorts of horrible endings for that poor figure. 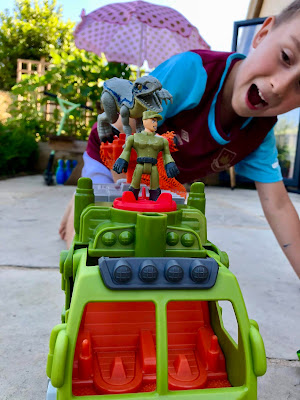 Noah even dragged himself away from his room to play with the Jurassic World figures!
He loved this vehicle as he remembers it from the first film and has always said he would love to go inside one, so having it as a toy is the next best thing.

Noah joined up with Oscar to see if Oscar's Blue could catch up with Noah and attack his figure, and unfortunately for her Blue did many, many, many times!

Alex thought his venom throwing dinosaur was the best and loved how he could knock down his human figure and get him all covered in slime (best part about that, was the fact it wasn't real slime!) 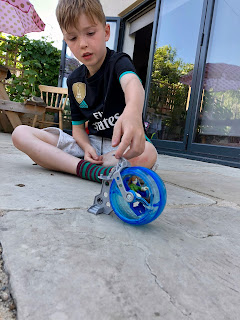 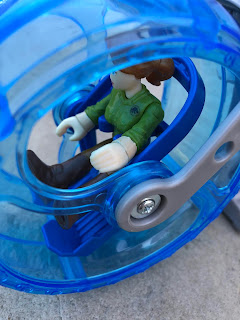 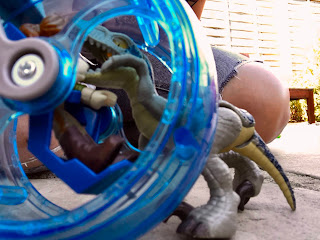 I haven't seen all four boys playing together like this in such a long time, usually, within minutes one or two are crying about how someone else has got their toy or called them a name or god forbid looked at them!
They played with the Imaginext toys for most of the afternoon, sharing nicely taking it in turns to use the different toys and make up all sorts of exciting stories, they even took my phone and used it to make some stop animation short films. 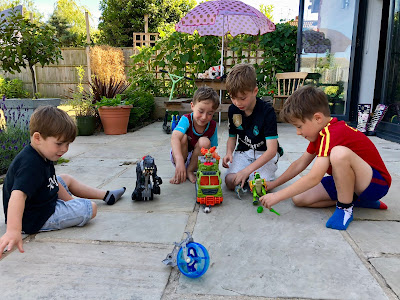 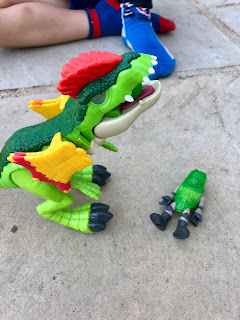 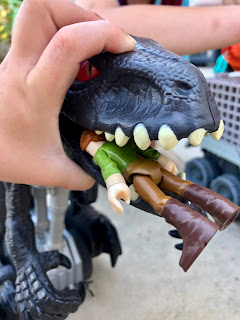 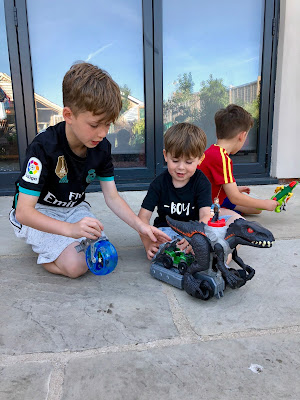 The Imaginext Jurassic World toy range really is perfect for everyone, it has a nice range of items and there's something for everyone's budget and they all very entertaining from the really big toys to the little ones.
They could make the perfect birthday present, a well done on a school achievement or I'm going to say it.... stocking filler!

All the boys love the Jurassic World range and have played with them every day since we unboxed them!
Most of the figures and dinosaurs all join us at meal times.