- Exploring where we live -

We have lived in Heacham coming on four years now and still haven't really adventured off the beaten track and we usually jump in the car to go to Wolferton for our usual woodland walks, but with only using the car for essential travel I took to the internet to see what was about locally and within walking distance and surprisingly there is a place just down the road called the Millenium Woods and I've even driven right by the entrance and still didn't know it existed. 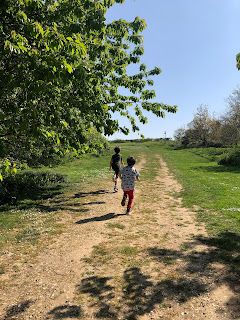 So after a week of just staying in the house and using the garden to play in, I decided it was time to head off for a little adventure, rather than visit the ducks we'd walk the other way and find this mini woodland and its famous cockerel. 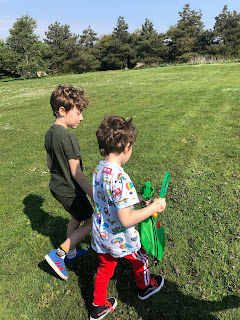 Ru was giving an explorers kit for his birthday, so he packed that up and was determined to find some creepy crawlies but unfortunately all we found was one dead worm, far too many bees and wasps for his liking and half a dead mouse.
So we're going to have another go with it in the garden during the week and use it as part of our home learning. 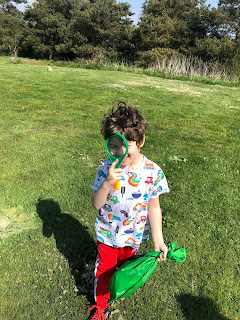 We may have failed on the mini beast hunting but we did successfully find an old war bunker!
The boys were very unimpressed that we couldn't actually get into it as the door was locked, but they enjoyed running around the outside of it to see how big it was.

Whilst running around the bunker we bumped into the cockerel who greeted us with his morning call. 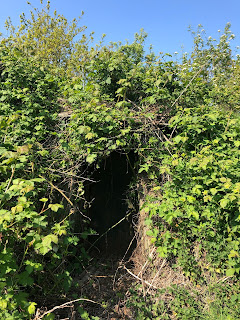 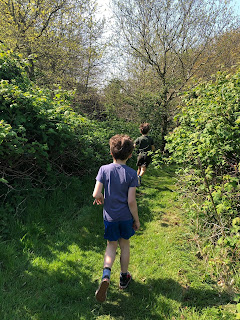 It was nice getting out to this little woodland as the boys were able to freely run around without the worry of bumping into other people, the only people there were us and it was nice for them to let loose and have some fun.

It was a tiny slice of normal in these crazy times. 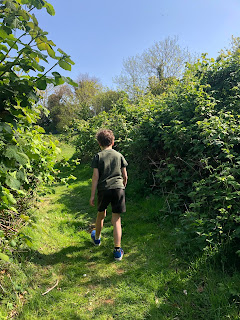 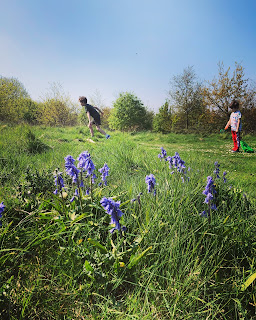 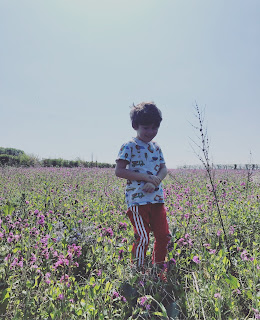 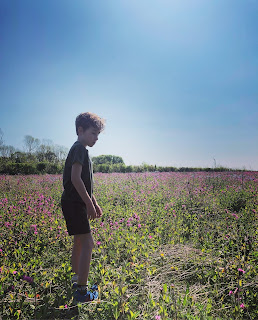 At the back of the woods, we found a flower field and I tried to get some nice photos of the boys but there were too many stinging nettles and bees for their liking, so these were the best I could get! 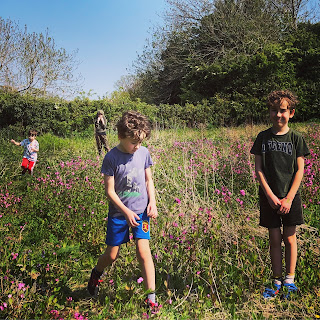 An hours exercise well spent, I managed to get in my daily steps and more and the boys all got away from their beloved Nintendos and Xboxes without moaning too much!