Yesterday we headed off to Sandringham with Jon's sister and Nephew Jenni and Sam, and met his mum there for Sunday walk and a chance for all the boys to have some fun away from the house.

Its only a ten minute drive from the house, so really and ideal place to take the boys when they need to run off some energy. 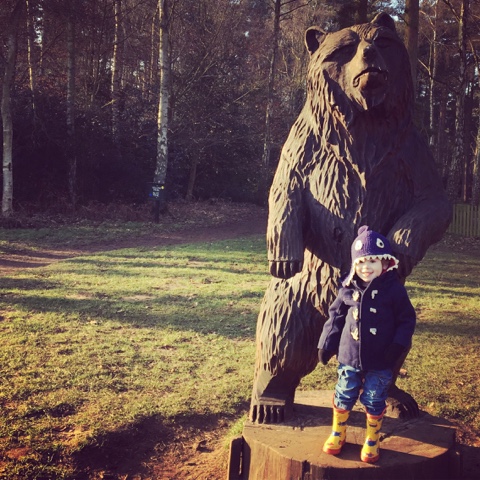 We started off in the play park, which was a playground with all the climbing frames made out of wood.
It really was rather pretty....specially for a playground.
Set in the middle of the woods, a little boys paradise! 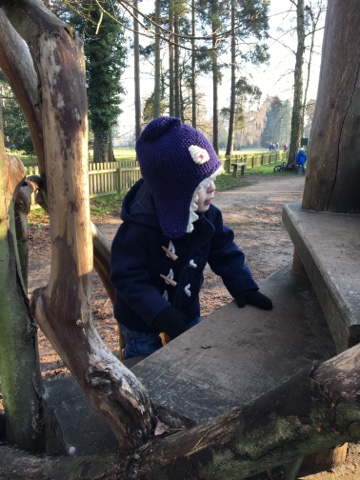 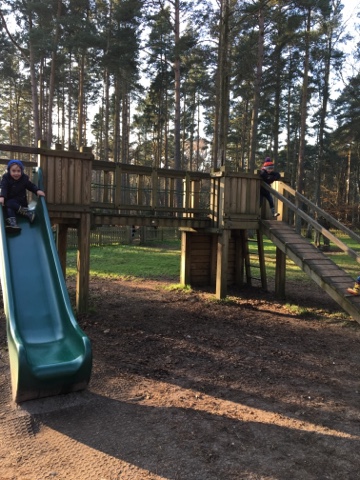 Sam and Noah ran off and we found them huddled together on the swing, whilst the twins and Ru enjoyed playing on the slide and in the little hut. 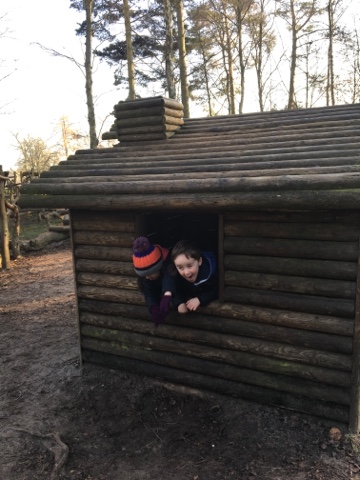 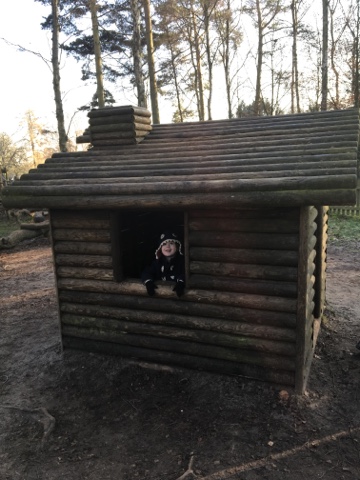 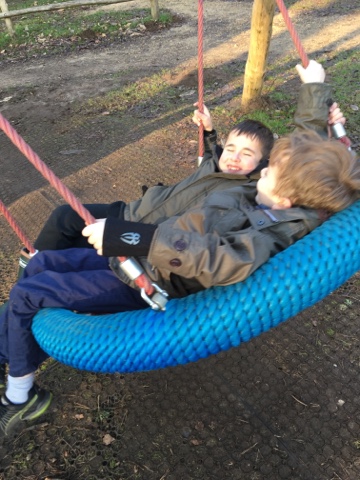 Before they started to moan they were cold, we headed off into the woods.
Sam, Noah and the twins zoomed off and Ru plodded along with us, finding muddle puddles to get stuck in. 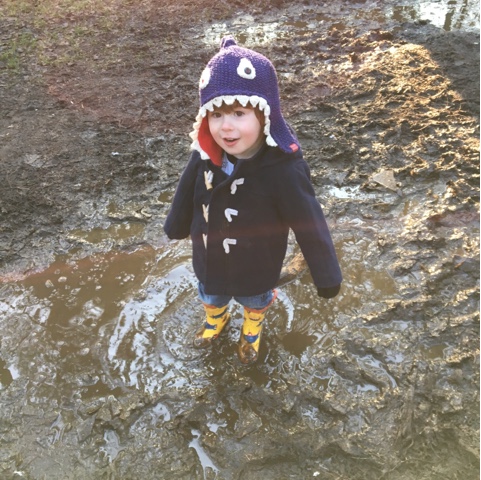 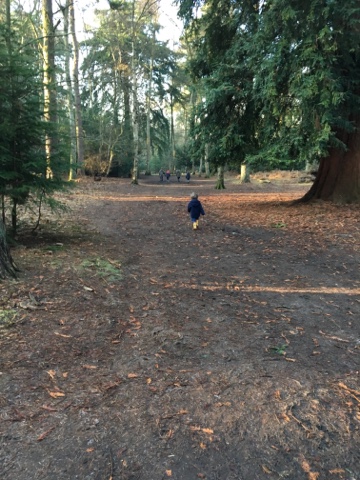 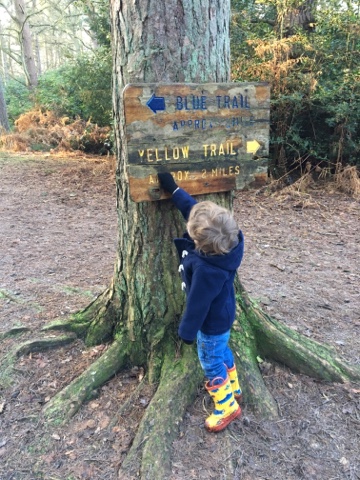 The boys all had a great walk and it was lovely to see them enjoying themselves!
We nearly even made a whole trip without one of them crying about something....all until it was time to leave and Alex kicked off a little!
Oscar fell in a freezing muddy puddle and even he didn't cry....and for our number one moaner that was pretty amazing! 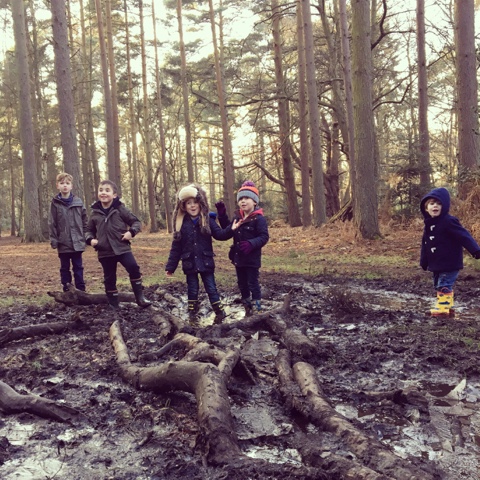 They all attempted to climb a tree, but it was a bit on the slippy side and they all had extremely muddy wellies...minus Noah who apparently doesn't need wellies now he's 9!
Though after seeing Sam in his I'm sure he'll now want some. 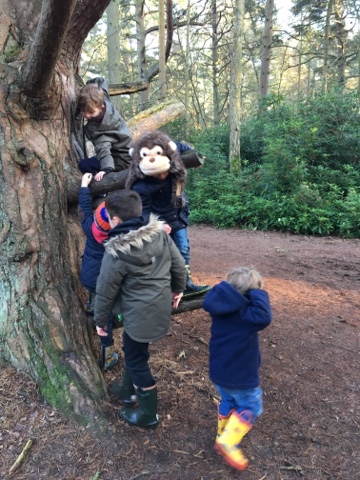 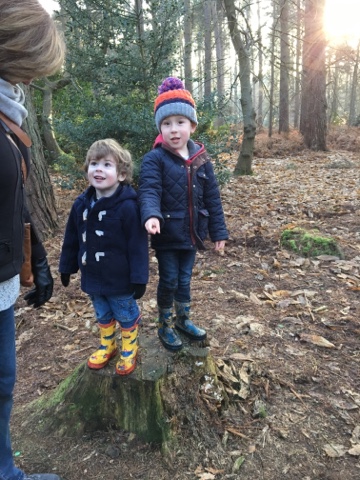 Ru has always been happiest in the woods, whenever we take him to one he comes right out of his shell and his eyes light up.
The nursery that he's about to attend is in the middle of the woods and they often go out into it.
So I know he will love it there! 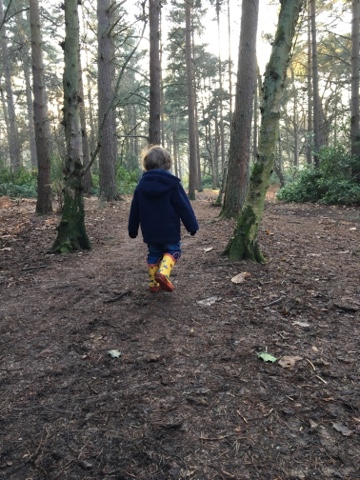 On the way back to the car, they all found some holes to jump into. 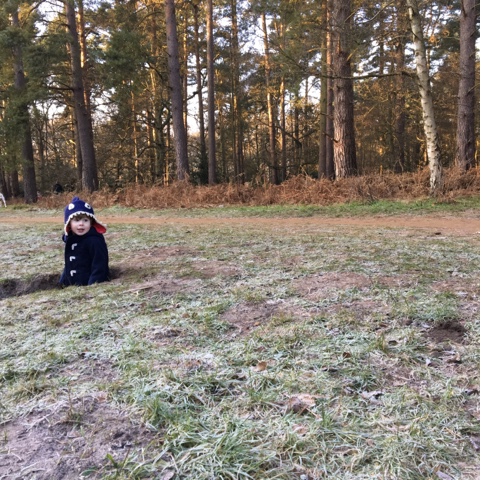 After they had finished hole exploring they had a race back to the cars. 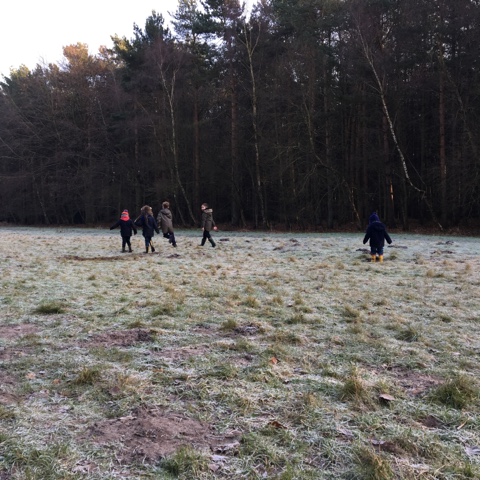 It was a great way to spend a Sunday and I'm sure we will be back there before we know it.
I might turn it into a weekly thing for Ru as I'm trying to up my parenting game with him as I feel I've lost my mummy mojo and I need to actually do more with him and in return hopefully he will improve.
Nothing good comes from sitting indoors and moaning that he's bored and your bored.
(I had a right old moan last week at Jon and he told me straight I need to sort I out, So now I'm trying to be proactive and have a weekly list of things I can be doing with Ru but thats a whole other post!