Some Days I Wish I Could Sell The Boys On eBay.

The boys are all back at school, and I have an appointment for next Friday to go and view a nursery in the woods for Rupert.

As much as I love the boys, some days I wish I could sell them on eBay!
I know you're probably thinking im a monster for saying that, but hear me out.... 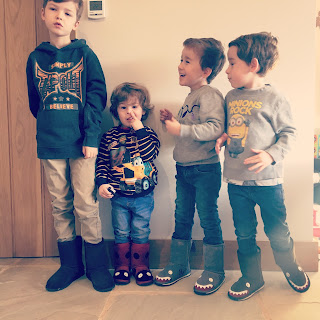 The only volume level they play on is EXTREMELY LOUD, no matter how many times I tell them to quieten down it never happens.
Its really like iIm speaking another language when asking them to do so.
They have no idea what sharing is, I know most kids don't but the fights that come from one of them playing with something that belongs to someone else is unbelievable.
Personal space is something they really really don't believe in, they believe I brought them into this world just so they could use me as their own personal climbing frame...no matter where or no matter when...
On the toilet,
whilst im on the phone,
whilst out having a coffee,
even at the park ...... come on boys theres actual climbing frames here and yet you still think its ok to cling and climb all over me.
The minute they've finished eating they're hungry again, I literally run out of a weekly shop two days into the week!
Noah's turned 9 so that automatically means he knows everything and should have everything he wants.

I'm only one woman, with two arms I cant perform the miracles that they want me too, some days I out shine myself and not only impress them but impress myself, other days by lunch time I'm wanting to hide away in the wardrobe and hope they don't find me.
So when they go back to school I cant help but break out my happy dance. 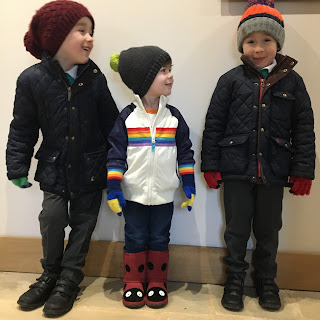 My goal for this term was to make sure I was organised and on time and Noah always had his dinner money at the start of the week, rather than paying on the Friday because it always slipped my mind to get the money out....seriously the schools need to do online payments, it would make my life 100x easier.

The two weeks before the holidays that the boys joined their new schools my head was all over the place and I was still running to the old school time table, so I was constantly late for both drop off and pick up. I wanted to start this term on the ball and show that I'm not a headless chicken with too many children, I'm actually a mother in control and in the know!
That all went tits up when I called up the school on Wednesday morning making sure the kids were back at school, as the Internet was telling me one thing and the school news letter said another.
Turns out they actually started on the Tuesday and they forgot to give me the updated newsletter! 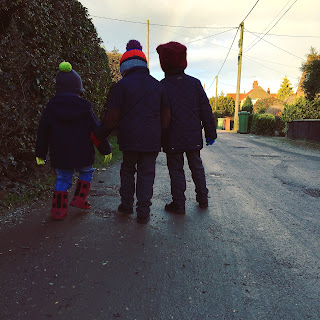 The house is an empty shell when the boys aren't around, and I of course I dooo enjoy it but by the afternoon I am missing the noise and cant wait to go and collect them. 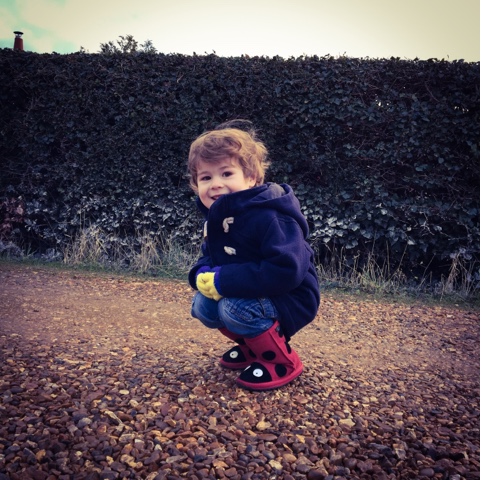 How do you survive the school holidays?