July 03, 2017
This weekend went by so fast that I had to do a double take last night when I realised Monday was just a sleep away.

Noah went off to play at Sam's after Sam had spent the morning with us and the twins kicked up a bit moaning about how they wanted to go, so it was the perfect time to crack out the Snoball packet we were sent from Zimpli Kids. 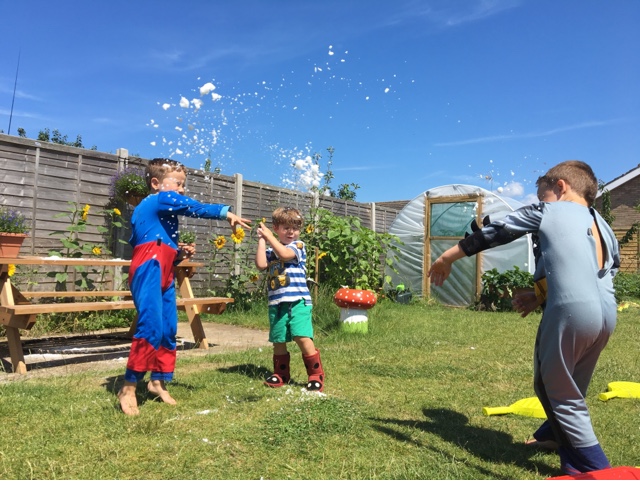 ​The brand new SnoBall Battle Pack not only provides endless outdoor fun for children worldwide, it transforms a once seasonal experience into something that can be enjoyed all year round - even in summer!! ​
Add the SnoBall powder to water, watch it turn into realistic snow that you can mould to create your very own Snowballs. Each box makes approx 60 Snow balls! 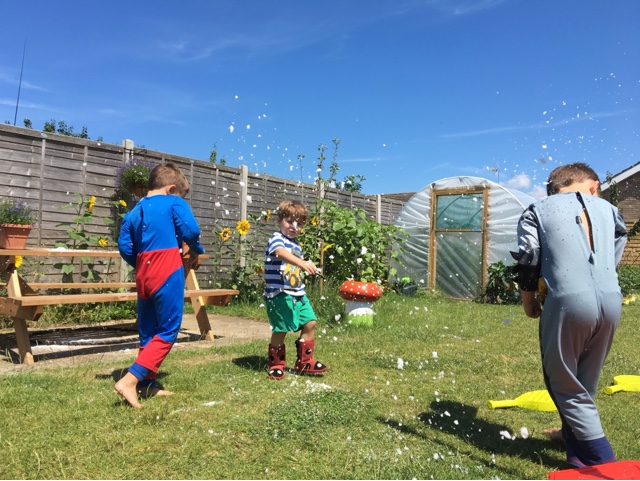 The Snoballs were super easy to make,
You just add the packets provided into a bowl and add around a litre of water.

The boys loved mixing up the Snoballs and couldn't wait for their summer Snoball fight.
They didn't quite add the right amount of water, so their Snoballs didn't hold together very well but they still packed a punch!

As you can see from the pictures, it was a different kinda way to spend a sunny Saturday afternoon! 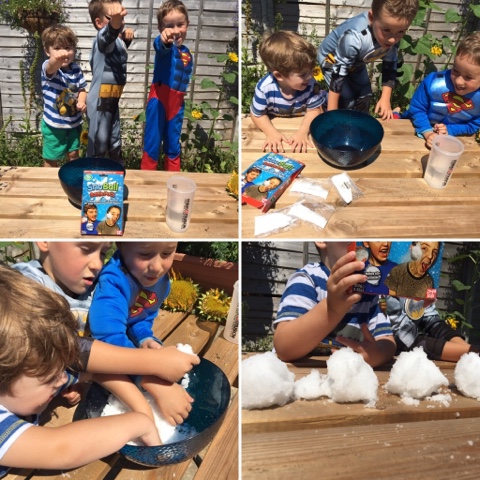 Shortly after the Snofight had finished Noah arrived home and the boys all sat on the sofa watching the new Lego Batman movie whilst I got their dinner on. 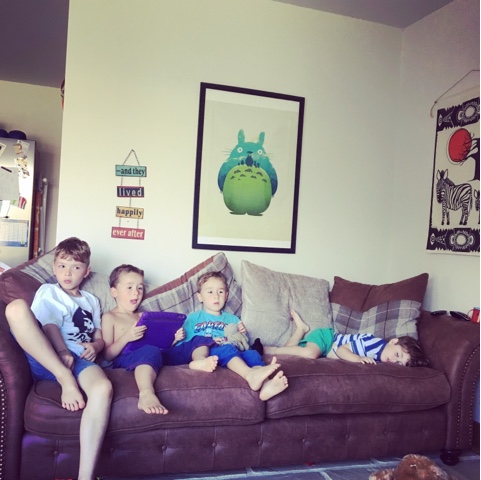 I thought the weather was going to be rubbish on Sunday so I was all set for another day in, but was pleasantly surprised when I saw the sun was staying put.
So I quickly dash around the house getting it in order and making sure all the uniforms were washed, once that was done we all put our shoes on and headed off to feed the local ducks and have a trip to the park.

Just before we headed out Jenni asked if Noah wanted to go out for lunch with them, and as Noah seems to stop working when he hasn't seen Sam for more than a couple of hours he was more than happy to say yes.

So we dropped him off on the way round and then headed off to the pond. 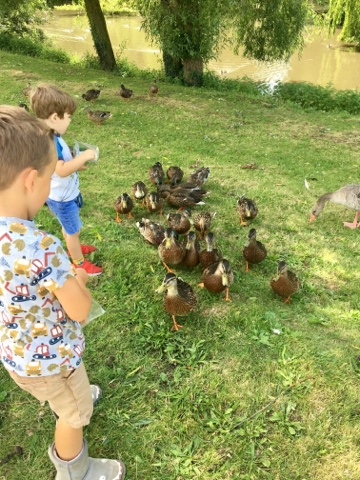 We each had a bag filled with frozen peas and as soon as the ducks saw us coming they flocked around us.
I couldn't move for fear of stepping on one. 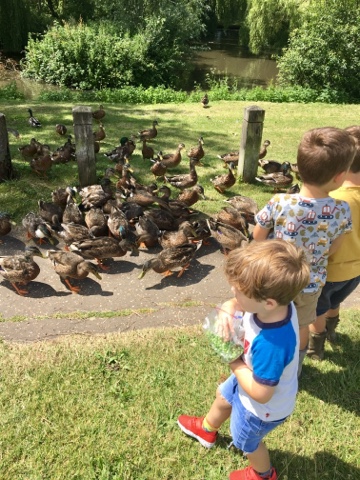 They really enjoyed their peas and were eating them straight out of our hands.
The geese decided to try and get in on the act but ended up hissing as us too much, which made the boys run away. 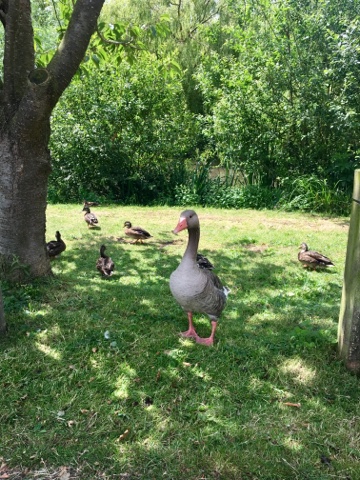 The ducks followed and the boys were all in their element.
Rupert got right in the mix of all the ducks and would have tried to pick on up if we hadn't of told him not too touch. 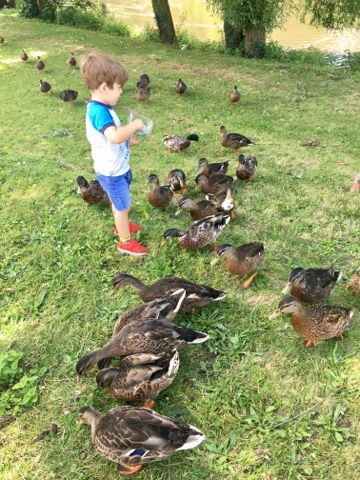 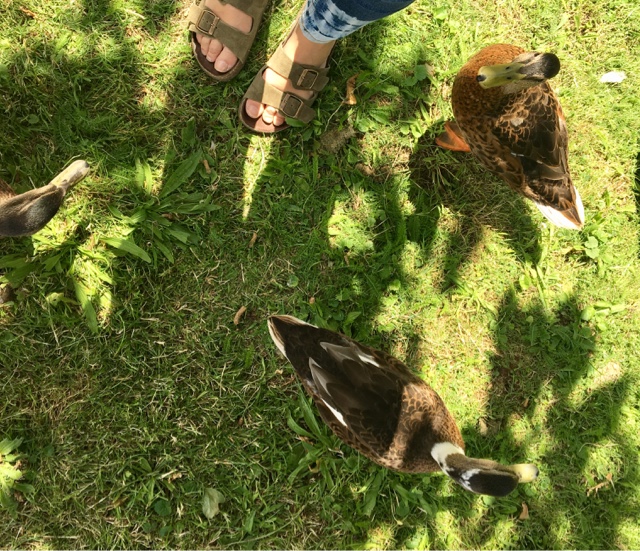 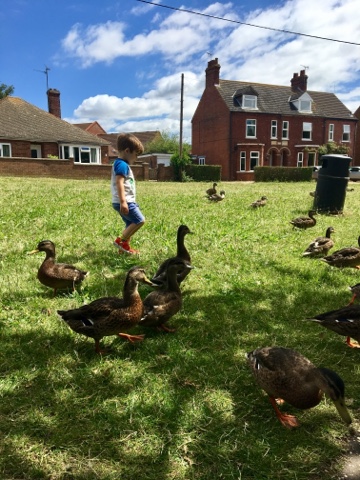 We were soon out of frozen peas and the ducks were still hungry, one even tried to eat my phone.
After the realised we were all out they soon headed off back to their sleeping spots or the pond for a dip. 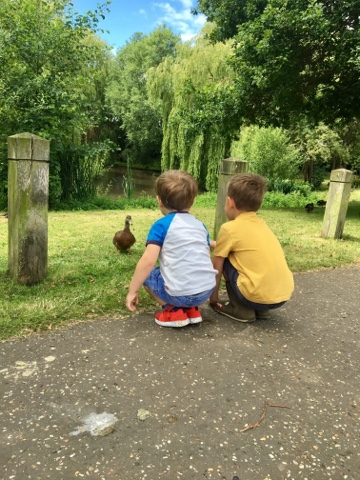 The boys then all dashed off to the park and were delighted to see the slide had been fixed.
They were little manics and throwing themselves down it in all manners of ways and then making me spin them ridiculously fast on the roundabout and little Ru was just happy climbing up the mini climbing frame. 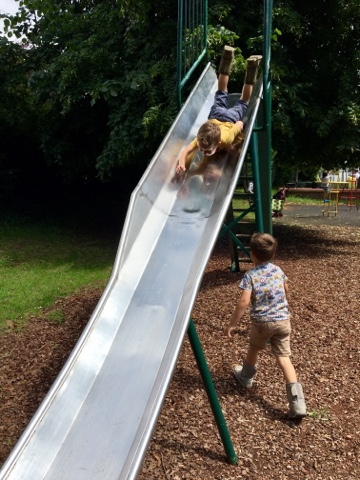 There were a couple of other children in the park who the boys made friends with and played with for a little bit and then after an hour or so we headed back home for some lunch and Haribos! 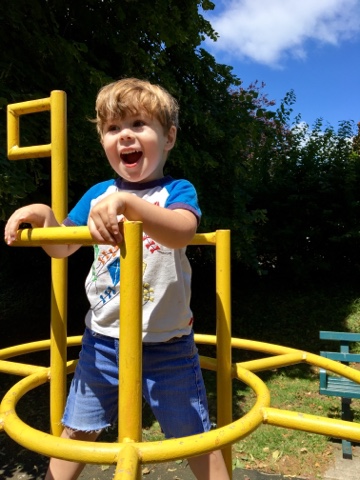 After lunch the boys went in the pool.....for a minute as it was far to cold in it to really enjoy it.
Ru had more fun chucking footballs into it rather than being in it. 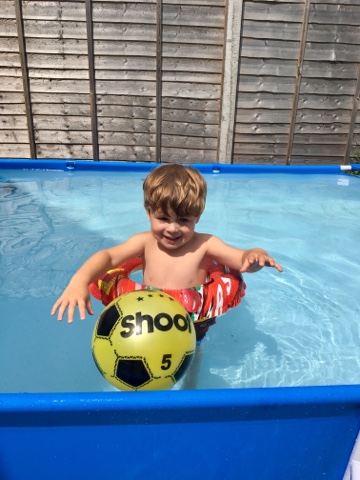 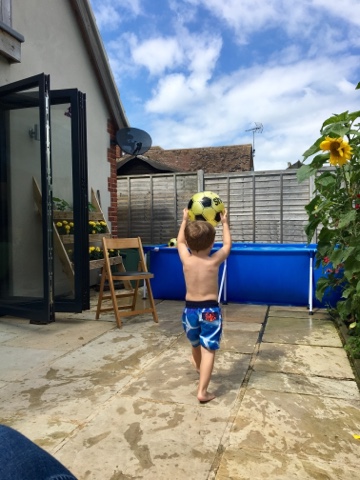 The twins found a new love for sunbathing to warm themselves up.
They would lay in the sun for 5 minutes, run and jump in the pool for no more than 5 seconds and then jump back out to warm up in the sun. 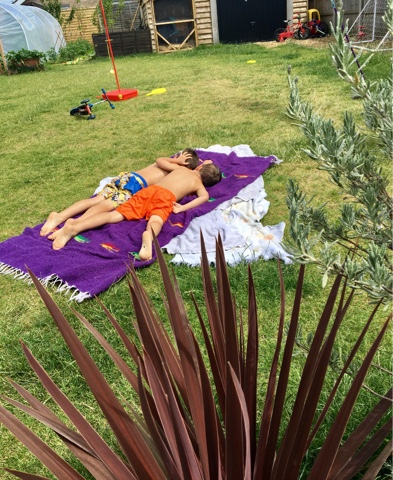 What did you get up to this weekend?