Should You Get Your Child Christened?

July 27, 2017
Having your child christened is something that a lot of parents decide to do without really knowing why.
It is one of those traditions that people follow because they think it’s expected, even if they don’t necessarily believe in the religious aspect of the whole process.
For some parents, it’s not a difficult decision to make; if you’re strongly religious then you’ll likely want your children baptised but if you are not as strict with your religious beliefs then it might be a bit more difficult to decide whether you want to go through with it or not.
If you’re struggling to make a decision, here are a few things to consider. 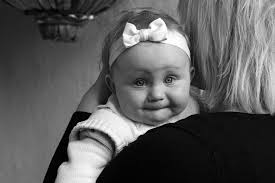 It Doesn’t Have To Be Religious

One of the main things that puts people off having their baby christened is the fact that they aren’t religious.
It seems odd to officially induct your new child into a religion that you don’t follow yourself. However, the religious aspect is only one part of it.
In general, a christening is a way to officially name the child and celebrate their birth with your friends and family.
Lots of people these days are opting to have what is called a naming day instead. All of the celebrations are still there, but without any of the religious elements.
So you can still have a big party and get lots of great christening presents from places like Saffron Bells. That way you can still enjoy the process without feeling strange about it. It will also be a lot cheaper because you have more choice over the venue, rather than being limited to an expensive church.

The Child Doesn’t Have A Choice

Perhaps the biggest reason to decide against a religious christening is the fact that the child doesn’t get a say in the matter. Deciding on a religion is a very big choice to make. It isn’t just as simple as getting christened.
When you choose to follow a religion, you are making serious decisions about your lifestyle that will affect you forever.
If you have your child christened, they may feel as though they are being pushed in a certain direction and that unnecessary pressure may cause tension. As they get older, if they decide that they don’t want to follow a religion, they could end up resenting you for having them christened because they have that label even though they aren’t religious.

It Can Help With Schooling

It’s a sad reality, but finding good school places these days often takes some pretty drastic measures.
It isn’t uncommon for people to move house to be nearer to a good school and improve their chances of getting in.
Religious schools are often some of the best ones out there, but they have strict rules about who can and can’t get in.
Most of the time your child will need to be christened before they’re even considered so it might be worth having it done, if only for completely practical reasons.
Some parents feel uneasy about this because they feel like it devalues the whole thing, but if you can put those concerns aside, it can really give your child a head start in life.