Win A Family Ticket To Paw Patrol Live In Nottingham

PAW Patrol Live! “Race to the Rescue” shows that “No job is too big, no pup is too small!” and shares lessons for all ages about community, social skills and problem solving as the characters each use their unique skills and teamwork. 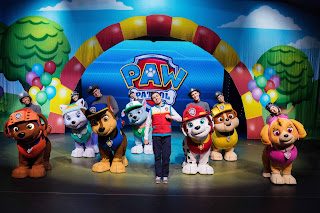 When Mayor Goodway goes missing during the day of the Great Adventure Bay Race, the pups come to the rescue. 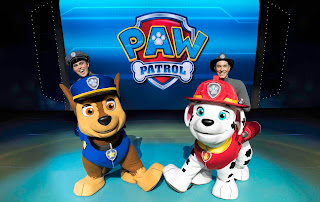 The show is set to engage audiences with Bunraku puppetry, an innovative costuming approach that brings the PAW Patrol characters to life on stage with their vehicles and packs.

“Using Bunraku, puppetry elements are built into costumes worn by real actors to create a wonderful combination of life-size pups and to make a stronger connection with the audience. 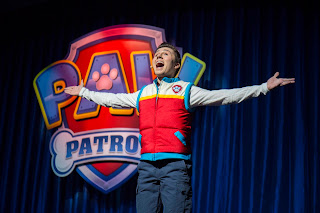 The performance features music, dance and an original script as well as classic theatrical scenery along with a high-tech video wall that visually transports families PAW Patrol locations such as Adventure Bay, The Lookout, Seal Island, Farmer Yumi's farm and Jake's Mountain.

Special interactive video allows the audience to participate in the show via interviews, solving puzzles with the Pups, following Mayor Goodway and much more.

I'm about to offer 5 A-reserve tickets to the 10.30 show Wednesday 9th of August at the Motorpoint Arena, Nottingham

All you have to do is complete the Rafflecopter below....

Winner will be picked at Random,

*Family tickets are comprised by 5 x A–Reserve tickets valued at £30 to a total value of £150. Tickets can be used by either adult or child.
Children under 12 months of age do not require a paid ticket, provided they are seated on the lap of a ticket holder and do not occupy a seat.

The winners will receive a ticket voucher via email which they will need to bring on the day of the show in order to redeem the tickets from the box office.

Winner will have 48hrs to respond to the email before another winner is picked.
UK only
Ends 18/7/17