We were sent some more Num Noms from the new series 3 sets.
On our last unboxing Rupert was asleep and missed out, so this time I thought I would let him have all the fun and unbox the lot whilst the boys were at school.
Rupert was the one who liked them the most and enjoys lining them up along his kitchen counter. 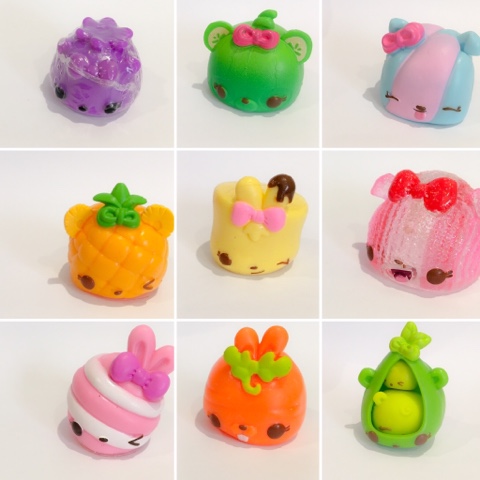 Incase you are new to the world of Num Noms, there are two different kinds of characters to collect.
The Nums are the outer, soft, squishy characters, and the Noms are the inner, hard-shelled characters. 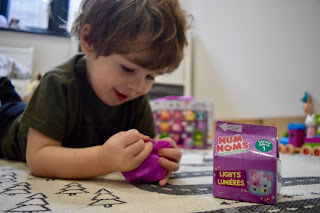 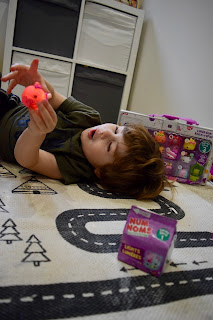 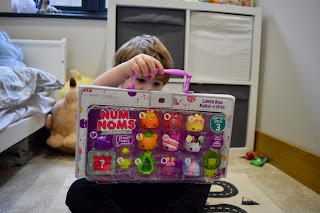 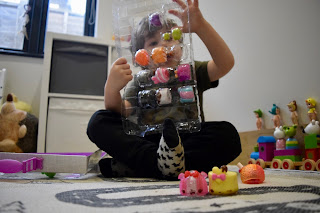 We're starting to get quite a collection now and we all have our favourites.
All the boys love them and aren't put off by them being on the girlie side.

The Num Noms lunchbox packaging also doubles up as storage which is perfect for when its time to tidy up. Rupert will happily run around finding the Num Noms and place them all inside before he goes and hides the box away in his bedroom!
None of his brothers are allowed near his precious box. 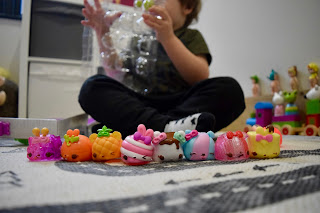 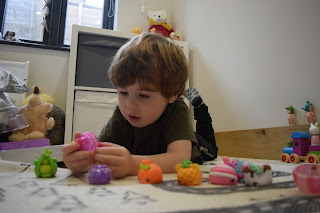 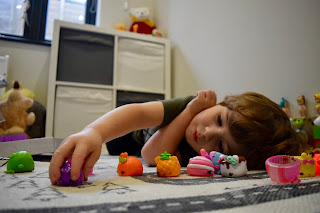 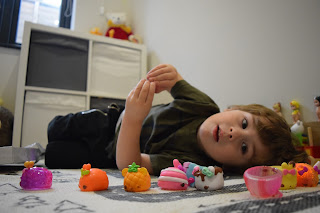 They're a perfect size for him to carry around, one in each hand usually and he loves to squish them.
Much less bulky than his beloved cars.
The cheeky faces make him smile and every so often you can see him trying to copy their facial expressions.
The scented ones are my favourite and I cant help but take a sniff every time I pick one up. 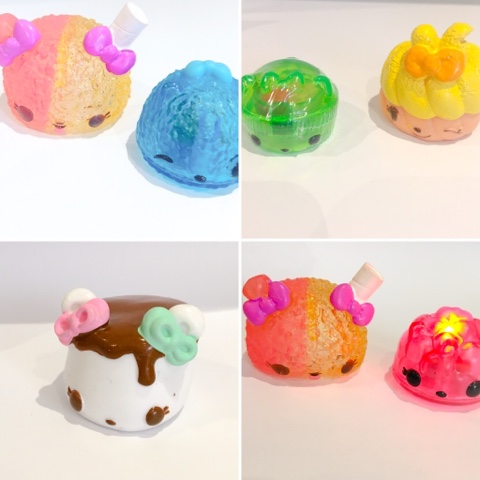 Do your kids collect Num Noms?
If so whats their wackiest combo?? 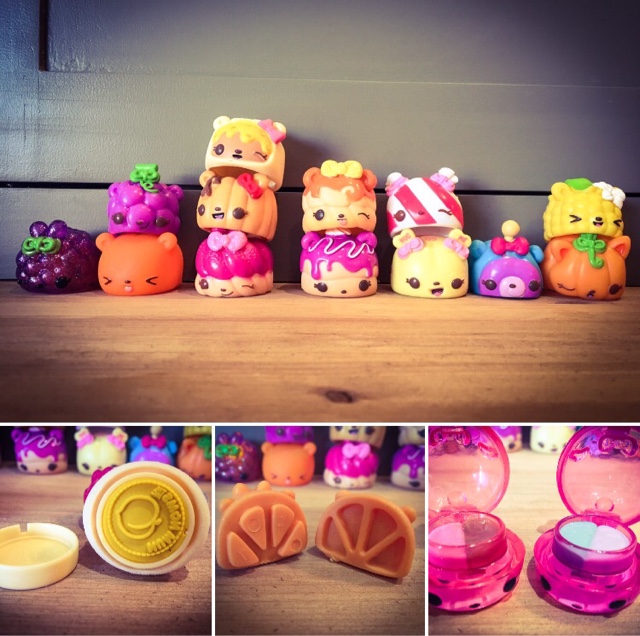 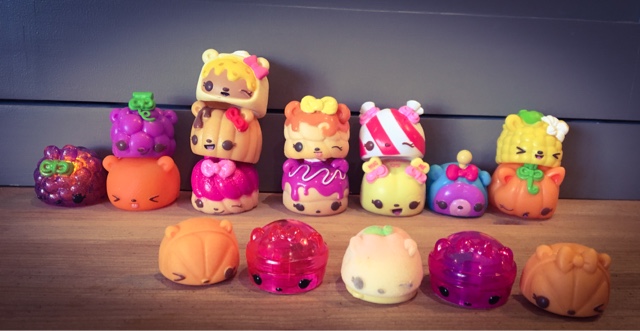