Getting things into order!

March 03, 2015
Today was spent trying to get organised for the house move and for our trip to Bluestone Wales next week!
I'm so happy that the move has come at the same time as the trip, as it means we can all go away together!
Noah will be home schooled from next Monday until he has a place at his new school, which we are uncertain to how long said place will take to come available!
Seeing as we are away next week I'm starting to get things sorted so I have less thing to do once we have moved in.
This morning I washed and dried all the boys new bedding ..... 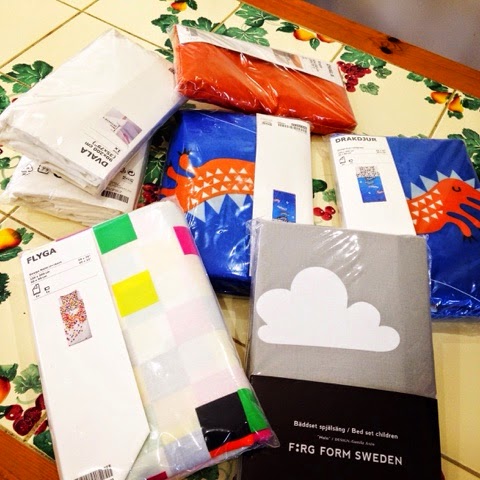 This was the first time the Twins had seen there new sheets. They were a big hit!
Ikea never fails!
Once that job was done I popped out to sainsbury's with the 3 boys and my friend Jenny.
Swimming gear was number one on the shopping list
I managed to get all the boys and myself sorted! I didn't get anything for Jon as I knew whatever I picked would have been the wrong ones if I had.
Men are such fussy creatures!
I  got rather shop happy and bought pjs, toothbrush, toothpaste and a book for Ru, a work book for Noah, some nose wipes and hand sanitizer for the snot twind and some non slip bath pads for the new house as they were a bargain at £3.50. 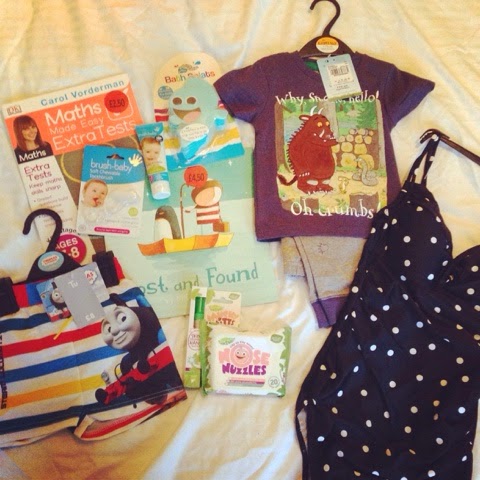 (The bigger boys trunks aren't in the picture as they were already wearing them and refused to have their pictures taken!)
Noahs school had a dress up day so he went in as a skinhead .... 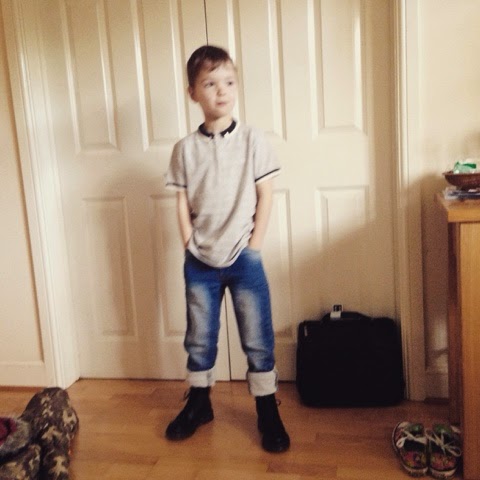 Nothing else really happened today.
I'll end with this  picture that I took from the playroom as I was getting the boys ready for bed with my iphone X 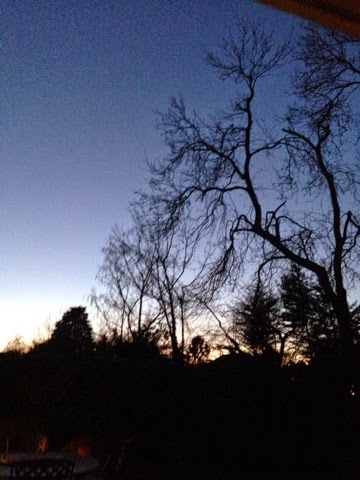