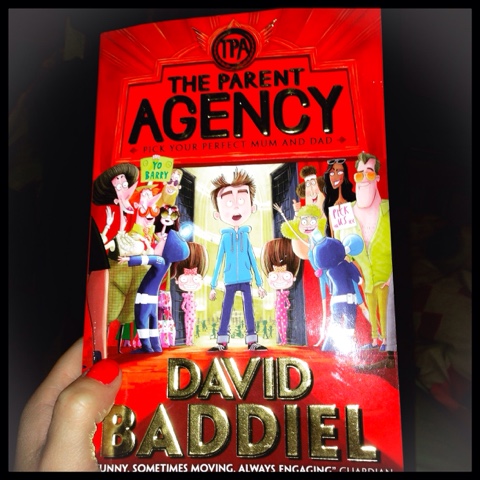 The Parent Agency by David Baddiel has to be one of the best books Noah and I have read.

It had us gripped from the start and in stitches of laughter!

It's a heartfelt book that will reach out to everyone, young or old!
Barry's parents aren't as fun, cool or as rich as his friends so Barry has made a list of why he hates his parents.
Stranges going ons find Barry going into a parallel universe and ending up in The Parent Agency, where he can pick his perfect parents!
He goes through his list to try and find these "perfect parents" which he is desperate for.
What he finds out is actually it isn't always greener on the other side!
It was nice to read it with Noah as I know he sometimes wishes we were like other people's parents and we aren't cool enough for him and we don't let him do the things his friends parents let his friends do but only we can love him the right way for him.
I could see his little brain working this out as we went on with the book.

This book is a must read!

You can view the YouTube trailer here -> http://youtu.be/sUMyICBQ7uc
If you want to purchase the book, you can find it on Amazon here -> http://www.amazon.co.uk/The-Parent-Agency-David-Baddiel/dp/0007554508

I will be running a competition over on my Facebook page Hannah and the Mini Beasts to win yourself a copy of The Parent Agency!!
While you're there why not give my page a like :) 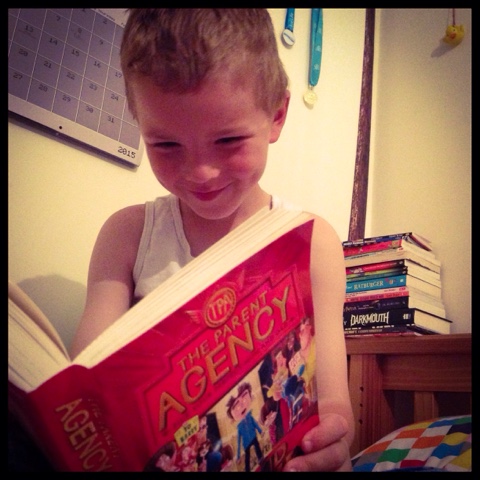