My Top 5 Date Night Board Games

Jon and I try and have a weekly date night, we don't go out as no one is brave enough to have all four boys at once.
So we tend to stay in and play board games and drink wine.

Below i've pulled together 5 of our favourite games to play. 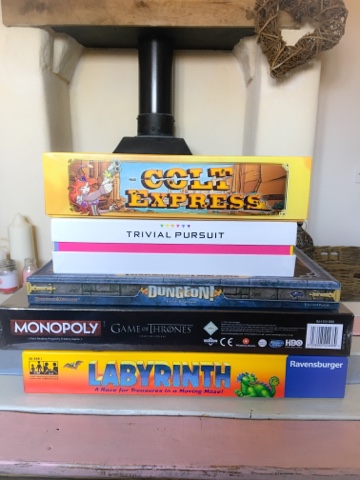 In Colt Express, you play a bandit robbing a train at the same time as other bandits, and your goal is to become the richest outlaw of the Old West.
The game consists of five rounds, and each round has two phases:
Phase 1: Schemin' Each player plays 2-5 action cards on a common pile, with the cards being face up or face down depending on the type of the round. Instead of playing a card, a player can draw three cards from her deck.
Phase 2: Stealin' The action cards are carried out in the order they were played, with a player's best laid plans possibly not panning out due to mistakes and oversights! The game takes place in a 3D train in which the bandits can move from one car to another, run on the roof, punch the other bandits, shoot them, rob the passengers, or draw the Marshal out of position.

At the end of the game, whoever fired the most bullets receives a USD1,000 braggart bonus, and whoever bagged the richest haul wins!

This is a new one on our date night board game list but ever since we first played it we have been hooked!
This is probably also one of the only games that I can win.
I must have been a Wild West bandit in one of my pervious lives! 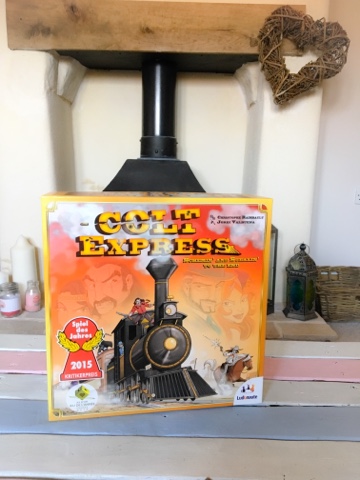 The game features 300 trivia cards with 1800 questions from six categories,
including Places, Entertainment, Events, The Arts, Science and Tech, and Sports and Hobbies.

I'm sure at some point during your life, you've played Trivial pursuit.
Jon and I play it at his parents over Christmas, so when I was offered the brand new version to review I jumped at the chance.
Anything to improve my knowledge before we are set before the in laws.
With the new version I have to say I know a lot more than I thought I did.
Some are still pretty tricky, but its all great fun! 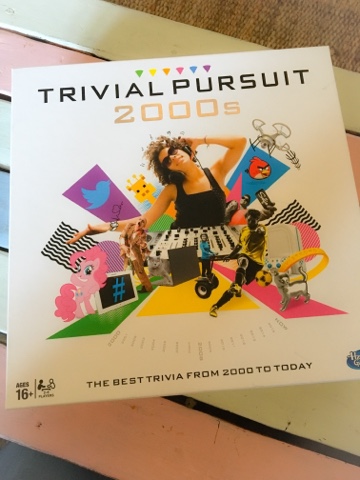 A family classic- updated for the next generation of board game players! Dungeon!, the time-tested family board game of fantasy adventure has been redesigned with a new look that's sure to stand out on your shelves. This latest version is set to appeal to long-time D&D fans and reach an audience of new players. Players choose to adventure as a Fighter, Rogue, Cleric, or Wizard searching for lost treasure in a dungeon filled with monsters. The rules are easy to learn and play is fast-paced. The goal is to be the first player to collect enough treasure and escape the dungeon!.

An 80's classic that both me and Jon love playing.
Jon of course always wins, but I'm sure he cheats.
We have tried to show Noah how to play but he doesn't quite get it and does understand how me and Jon get so into it. 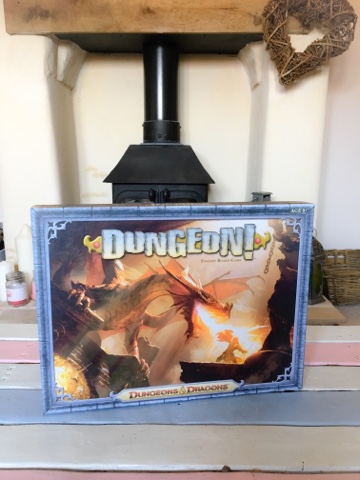 The game that tears families apart, is actually a game we love.
We like to jazz things up a bit by playing the geeky versions.
We are both big GOT fans and Jon is slowly getting me into Zelda.
9 X out of 10 Jon always wins, he has some sort of cheating system that always works. 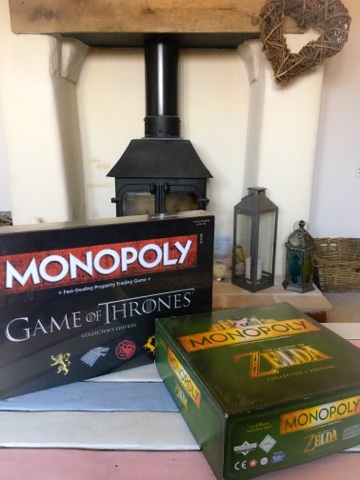 Noah was given this for Christmas, and we've played it a few times and its pretty addictive.

Labyrinth is the race for treasures in a moving maze! Be the first to collect all your treasures by shifting the walls of the labyrinth to create a clear path. Players take turns to search the Labyrinth for their magical objects and characters by carefully moving through the constantly changing maze. The treasure cards are divided between the players, without revealing them to the other players. The maze cards are randomly placed on the playing board and the first player uses the extra card to start moving the first wall. It is up to you to strategically move the walls so you can collect your treasures, but block the path for the other players. 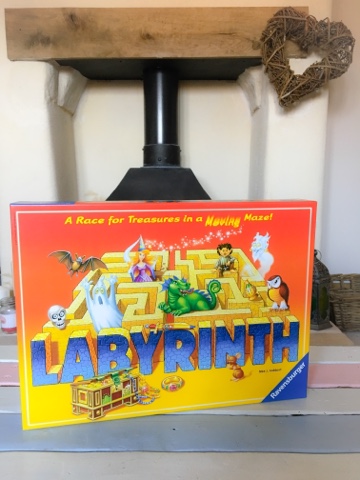 Our date nights used to be chilling in front of the TV but we decided that we do that most nights, so to change things up a bit we cracked out the board games and have never looked back!
We properly interact with each other and end up having a really good laugh.

What do you do on your date nights?