With the boys being struck down with chicken pox over the whole of Easter we didn't really do much, so once they were better I was eager to do some fun things with them.
Something that wasn't going to need a lot of energy but something that was going to get them off the sofa and away from the TV.

We were sent an amazing craft kit from Robinson's Fruit Shoots containing everything we needed to have a space craft session.
The plan was to use our creations on an egg hunt, but they boys weren't very willing in doing an egg hunt.
(you know they're really sick when they refuse to have an Easter egg hunt!) 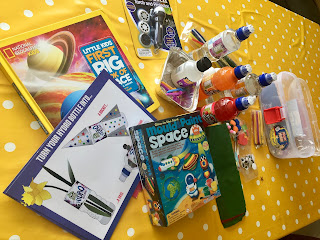 Along with all the arts and crafts we were sent some Fruit Shoots to enjoy whilst crafting.
The boys were over the moon with this as I don't buy them as often as they'd like me too. 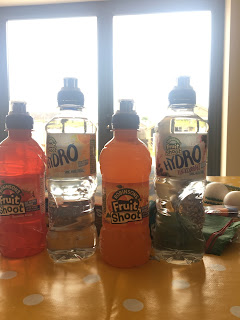 Everyone was keen to get crafting, even Noah Mr Unsociable wanted to make some space pictures.

I decided to show them/wow them with my little alien made that I out of a foam egg and then after all being rather impressed they all wanted to make their own.

Oscar and Ru's both turned into red planets rather than aliens, and Noah's was pretty cool a mix between Saturn and an Alien. 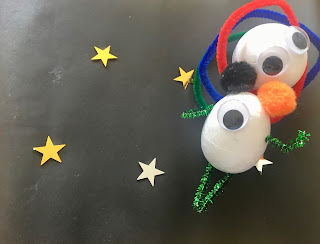 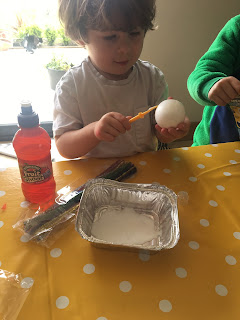 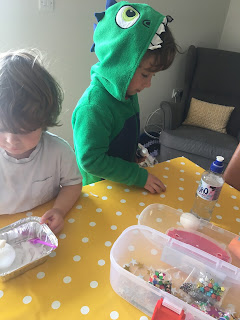 The boys are all pretty rubbish at staying hydrated, but having the fruit shoots on the table and them being something they actually enjoy drinking they all made sure they finished their bottles pretty quickly. 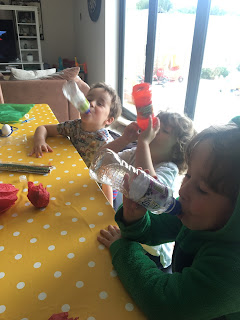 Once all the juice was finished the boys decided they wanted to turn them into rockets.
We had a chat about how we could do that and then got down to it.
I cut up some coloured paper of their choice to make wings and a rocket tip and then they stuck them to their bottles. 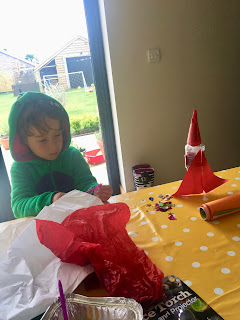 Along with our rockets and egg aliens we made some alien pictures out of lolly pop sticks and googly eyes. 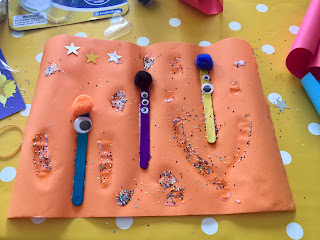 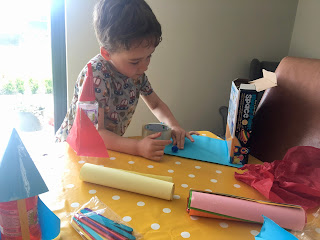 Noah and Rupert soon lost interest, Noah's Playstation was calling and Ru decided he wanted to nap. The twins however were keen to use absolutely everything in the Mr Maker Craft box. 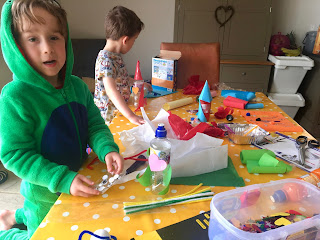 It was a bit of a glitter party in the end. 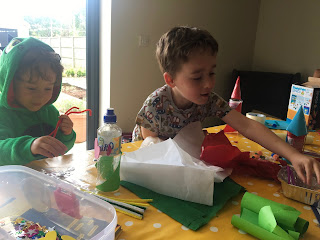 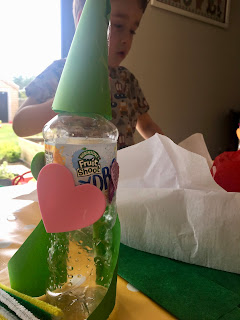 Since doing the space arts and crafts Alex has taken a real keen interest in learning all about the different planets and space.

The Little Kids First Big Book Of Space has now become our number one bedtime reading book.
He's also taken it into school for show and tell! 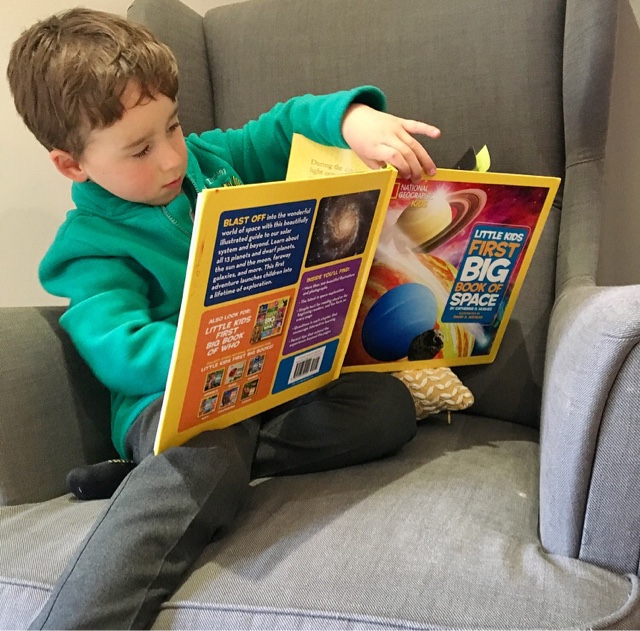 The boys really enjoyed learning all about space and making their own rockets, so a big Thank You Fruit Shoot for helping them figure out what their Thing is! 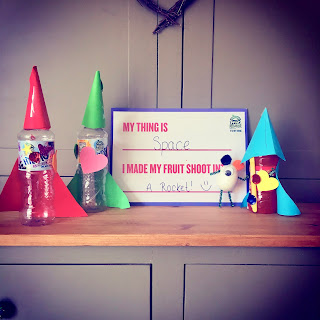 The Fruit Shoots we were sent were -

Fruit Shoot
There’s real fruit in every drop of Fruit Shoot and each and every one is filled with multi-vitamins. Better still, we don’t add any sugar, artificial colours or flavourings at all.
There is a vast range of different flavours from Apple and blackcurrant to tropical, so something for everyones taste buds!
Both bottles have re-sealable cap so they can take it with them – and do their thing, wherever they are.